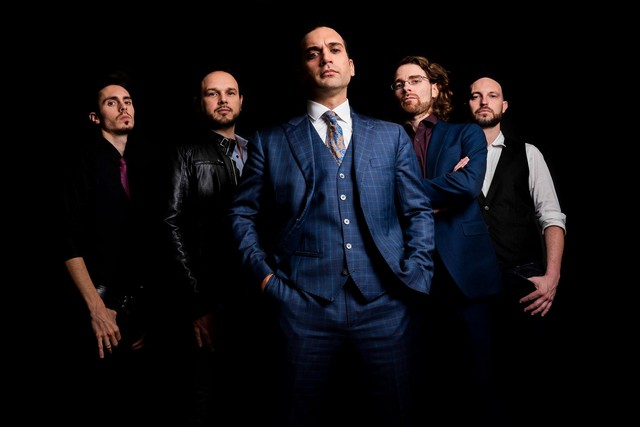 On our web Metalmania-Magazin you could read about many interesting Italian bands, like The Sticky Figners Ltd., Forklift Elevator, Watershape… But this one is probably the most original of them. It is N.Ex.U.S. from Venice. They released the self-titled debut album after few months. Y ou can find a lof of great music on it About its creation process, band and other things talked keyboardist Fausto“Tex“Tessari.

Tex: Hi there! We are fine thanks, what about you?! Glad to be your guests! 😉

Band N.Ex.U.S. has released debut album. What was the process of creation of it?

Tex: The debut self-titled album has been released on March 29th, the creation process lasted 2 years in total. We first recorded four songs in May 2017 (The Mercenary, Reflections, Another Shore and John Doe) at the Ivorytears Music Works Studio with Alessandro Del Vecchio as our Producer. In this first step we asked the help of two great friends and musicians: Stefano Zinato on bass and Jacopo Mateucci on drums. We used these fours songs to check the labels’ interest. After many positive feedbacks we then decided to complete the work with Alessandro coming back in studio on September 2018. The remaining songs were recorded with the actual line-up: Daniele Gallan on bass and Fabio Tomba on drums.

Tex: This album is set by ten tracks, one of them is an instrumental song. There are soften song and some other more heavy. It’s a mosaic of small different tiles united in a unique masterpiece.

Is there some concept behind it?

Tex: Yes, there is a concept behind the album but also behind the band. The album tells the story of N.Ex.U.S. System loading. 🙂

What about cover of it? What does it mean?

Tex: The cover concept is a creation of Tommaso Galeazzo, our singer. It is a figurative representation of the system N.Ex.U.S., where every element is similar to a superhero, a sort of avatar. This cover represent four component of the N.Ex.U.S. chasing Empathy, the rebel element of the system. 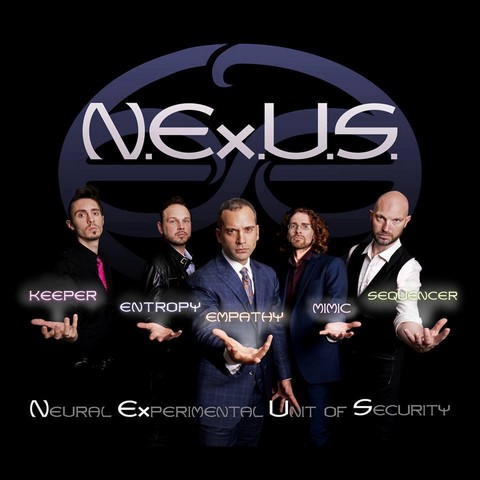 Tex: N.Ex.U.S. is the acronym of Neural Experimental Unit of Security, it is a mainframe formed by five elements, four hardware and one software. Sequencer,  that manage the time (the drummer); Keeper, that control and get the connection between time and events (the bass player); Mimic, it controls the environmental and emotional events (the keyboardist); Entropy, brings random variation and casualties of the real human life (the guitar player); Empathy, is the software element necessary to control the machine operations, he is the eye on/of the world (the singer).
The name of every band members represent our function into N.Ex.U.S., this permits us to transform every story that we want to tell in music.

You have also recorded video for song Reflections. Why did you choose right this song? And is there plan to create another one?

Tex: We have choosen Reflections as our first videoclip because it’s one of the strongest and incisive songs of the album. We are scheduling some new videoclips, but we can’t say more at the moment.

Tex: We started promoting our album mainly in North Italy right now, but we are working hard to expand our action range also out of our nation, we are planning an European tour but, you know, the album has just been released, this is just the beginning.

Tex: It is possible, hopefully in the near future, we are almost neighbours!

Tex: The music in our life is a strong passion, and sometimes it becomes almost similar to a second job. Between us Daniele Gallan is the only “professional musician” a bass teacher and he plays in many other live situations, but we, as N.Ex.U.S., had the opportunity to collaborate and play with other musicians and also rock stars, as Joe Lynn Turner (we shared the stage with him and have been his band twice in a year)!

Tex: In our country the metal scene is an underground reality, but in every region of our Country there are many festivals and also many many bands playing this kind of music, some of them are really good and deserve to be listened to.

So, we have reached finish of the interview. Thank you so much for your answers, and you can now share some ideas with fans.

Tex: Thank you too for your interest! Thanks to Stefano Gottardi at Logic Illogic Records and Pierpaolo “Zorro” Monti at Burning Minds Music Group for believing in us and to Alessandro Del Vecchio our Producer! We are really pleased when someone is attracted by what we write and play as musicians and human beings. We hope to reach out as many people as possible with our album, and our passion. We are always  open to fans’ requests and discussions, please follow us on our facebook  and instagram pages!