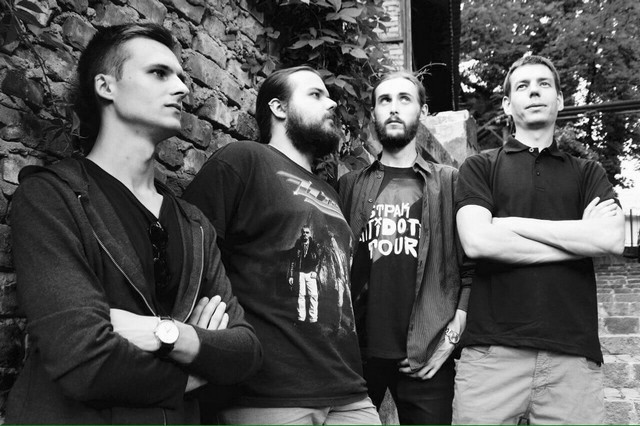 Metal scene in Ukraine is taking still bigger place in field of worldwide music. The best knonw Ukraine band is probably Jinjer, but Ukrajine has many bands in different geners. Progressive metalists Majesty of Revival from Uzhgorod after few time released the third album Timeless. Singer/guitarist Dimitrij Pavlovskiy and keyboardist/guitarist ,,Mad Doctor“ talked about its preparing and some other interesting facts.

Hello, Band Majesty of Revival has released album called Timeless. What was the process of creation of it?

DP: Hello, Everything started in 2017 after supporting shows around Ukraine for our previous album „Dualism“. We entered the studio at the end of January, recording continues till April 2018. It takes about a year to produce this album, because of our keyboard player Vladimir departure due to health issues, there was about a month where nothing happens. Then, in October Mad Doctor joined the band and we continued the recording process.

Mad Doctor:  Really satisfying process. We went away from any genre borders and just let the imagination work. So the result was surprising even for us. Never knew what else might appear in your head.

DP: Timeless – is the mix of different music styles, drive and technical playing. The listener will discover completely new aspects of sound ranging from Pop/Rock to Progressive Power, from Alternative to even Death Metal. The powerful rhythm section, guitar, and keyboard sections as well as being powerful vocals create 10 cross-genre compositions which full of massive riffs and catchy melodies.

Mad Doctor: Everything they can imagine. We did our best to make the album musically multifarious.

What are the main differences due to your former albums?

DP: This album a very different from previous. Daker, less orchestrations and more synth at the background; as always with solid songwriting. It’s more progressive than any other Majesty of Revival’s album.

Mad Doctor: Well, its like the protagonist of our story. A person, who struggles with inner contradictions, as far as we all.

DP: The cover art has a meaning – red symbolizes aggression, blue – depression. And it is not clear, that the dude dissolves in depression or diving in aggression. And also, so many eyes – more than two is not enough that used to keep track of all the crap that is happening around.

Mad Doctor: We working on it currently. We believe that we would have a couple of concerts over Europe in the nearest future.

DP: Yes, a lot of things going on right now, I hope we’ll go on tour around Europe at the end of this summer/autumn.

DP: Probably yes. Right now we’re gonna play in Slovakia next month with another band called Korzo where me and Mad Doctor involved (latest album „Inspire“ released in April this year) so we’ll try to reach promoters for MOR as well.

Mad Doctor: Of course we will. It would be inexcusable to live like 5-10 minutes from Slovakia border, and not to visit it. 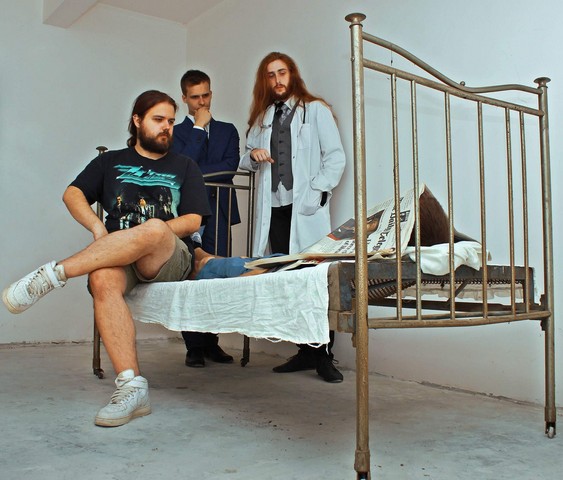 DP: All of our members very busy persons, doing a lot of things besides music. Our drummer Marvin (aka Vasil) likes to coding, he is a frontend developer, and also a gamer! Musically, he is more fusion drummer than metal, but still a big fan of Mastodon and Mars Volta. Myroslav (aka Mad Doc) is a medical student and the guy who works at several jobs at the same time along with studying and playing. Very talented person. Also, he can play on any instrument he wants. Btw, each one of us involved in plenty of music band/projects.

Mad Doctor: Dmitry (aka. DP) is the only one from us with actual musical education and leader of our band. He’s also a sound engineer and holds his home studio. He’s a hell of a musician. It’s like there is nothing impossible for him in this craft. Anton (aka AV), our bassist. He’s an English teacher. Gives personal lessons and have some classes at our local university. The only one married.. rip Anton… 😀

DP: Mostly, there’s death metal and black metal bands, our country very big fans of extreme music. A lot of music festivals for such kind of music around our area. But you can find a power metal/heavy metal bands too, like Morton, Sunrise.

DP: Thank you for the questions! Greetings to the prog rockers all over the world! Make sure you listened to our new album „Timeless“ and see you on tour!

Mad Doctor: Thank you so much for the questions. Dear fans, if you are here, we want to thank you for being with us. And please, take our apologies for such a long pause. It wont repeat (I hope). Also feel free to share your opinion and wishes with us.