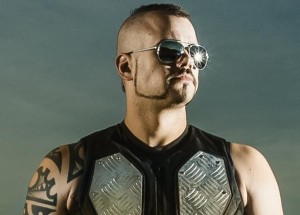 Joakim Brodén: Hello there, I’m happy you liked it! 🙂 As usual the writing process goes on all the time, but the final 3 months are usually 12-16 days of composing for me before we hit the studio to record it.
The album was recorded in about 6 weeks in the beginning of this year and it was quite fun to see how quick our new guitarists laid down all the guitars.

Joakim Brodén: It’s a song about an Australian stretcher bearer who went straight into a battle where the American soldiers were ambushed.
Every one else ran away, but he went into the line of fire 12 times, every time returning with an american soldier on his shoulders.