Kreator published videoclip for title song from their upcoming album Gods of Violence… It will be release 27. January.

AXE CRAZY To Release Debut Album On No Remorse Records

AXE CRAZY was formed in 2010, in Poland. Named after the classic song of the NWoBHM legends JAGUAR, AXE CRAZY deliver traditional heavy metal influenced by bands such IRON MAIDEN, JUDAS PRIEST, or DIO. In 2014 the band released its debut MCD entitled „Angry Machines“. Two years later, the EP was reissued on vinyl by Pure Steel Records. Now the band joined the No Remorse Records family.

The upcoming full-length debut album will be entitled „Ride On The Night“, and the CD will have its premiere on December 16, 2016 (vinyl LP version to follow). 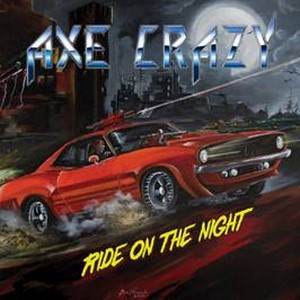 “The Day Of Dawn”, Motorfingers‚ first official video, is online on their YouTube channel:

The song is taken from the band’s second studio album, „Goldfish Motel“, released on September 27th, 2016 via LOGIC IL LOGIC Records. The video was realized by Art Distillery Studios (https://www.facebook.com/artdistillerystudios).

Czech death metal band Abyss are making on their upcoming demo album. Band promised that it will be harder than their debut.