Sepultura – lyric video for song from their upcoming album

Brazilian metal icon Sepultura published lyric video for song Am the Enemy from their upcoming album Machine Messiah. It will be release on 13. January 2017:

Polish Heavy Metallers CRYSTAL VIPER released a brand new video clip to the first single off the new album, entitled „The Witch Is Back“.

The video clip has been produced by the Grupa 13 production house, which most recently also did the KREATOR, BEHEMOTH and AMON AMARTH videos. „The Witch Is Back“ single is available as an online stream on Spotify, Apple Music and other streaming services, and except that the digital download is available on iTunes and Amazon. Fans that will decide to preorder the digital version of the forthcoming new album, will be able to immediately download „The Witch Is Back“ single for free.

CRYSTAL VIPER are returning after a 4 year absence, with a brand new concept album entitled „Queen Of The Witches“, which will be released on February 17, 2017, on AFM RECORDS.

The album’s cover artwork has been created by the legendary German artist, Andreas Marschall (RUNNING WILD, BLIND GUARDIAN, OBITUARY). „Queen Of The Witches“ also features three special guests: the MANOWAR co-founder and guitar hero Ross The Boss, and no less legendary Jeff Dunn (aka Mantas) of VENOM / VENOM INC., will appear with guitar solos in two of the songs. Except that, in one of the songs fans will hear a duet of Marta Gabriel and Steve Bettney, vocalist of the NWoBHM cult heroes SARACEN.

„Queen Of The Witches“ will be available as limited edition vinyl LP (first pressing: 500 copies on white vinyl, gatefold cover), CD, and digital download. The LP and CD versions will include different bonus tracks. The album can be already pre-ordered: http://bit.ly/CRYSTALVIPER_Queen_PREORDER

The single can be listened here: https://www.youtube.com/watch?v=5fDFPU7482w&list=PL_L9cRWp4DVOx_OG6wZdkLszjskfES5pg&index=1

Shaun declared:
„Although I wasn’t aware of Goodbye To Gravity before October I’ve had the pleasure playing in Romania several times making many great friends along the way. It is truly saddening for such an incident to happen at any music event, but in our own subculture and with friends present hits close to home. We hope our take on the track ‘Horizons’ will be an honourable tribute to both Goodbye To Gravity and all those affected.“

The song was recorded and mixed by Kenneth Lykkas at Head Disco Studios and mastered by Luculescu Alin Gabriel.

Nightshadows Lament originated as a doom/black metal project in 2005 with music written by Shaun MacGowan and vocals performed by several others on EPs ‘Isolophobia’ and ‘Prayers Gone Unheard’. The project lay dormant until 2016 when resurrected for tribute to Goodbye To Gravity and those affected by the tragedy in October 2015.

Alternative metal band Under Static Movement signed a deal with Atomic Stuff to promote its new EP “The Mirror”, published on December 2nd, 2016. The self released EP is available on all major digital platforms. 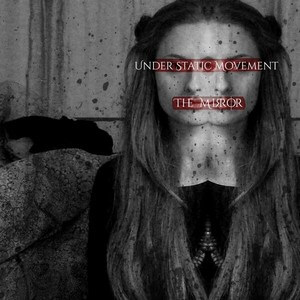 A video for the first single “Mezcal”: