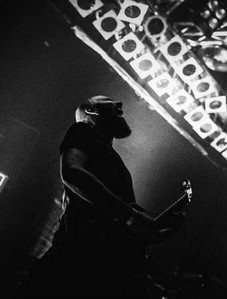 Do you like the great deprsion blackened doom/sludge metal? You should hear to debut album by Germans Praise the Plague. The band was formed after year ago by guitarist Marcel Schulz. They released debut album Antagonist via label Black Omega Recordings in September. More info you can read in this interview with Marcel:

Marcel Schulz: Hi, We are very proud to release our debut “Antagonist”. We’ve put a lot of emotions and effort into this record and it’s nice to see, what we were capable to create. We are more than happy with the way the recording and the artwork worked out in the end! We are also very lucky to work with John from Black Omega Recordings, who was kind enough to release our record on September 13th! Expectations are hard to define here I think, since we are a new band. We do have expectations in ourselves though. We want to work hard and try to promote the record and the band as good as we can. Where that’ll lead us, time will tell I guess.

Could you describe the album in a few worlds? What can fans await?

Marcel Schulz: “Antagonist” creates a depressing atmosphere on top of a heavy, sludgy wall of doom with a dark and devouring black metal attitude. The lyrics are very emotional and talk of self destruction and the fight with your inner demons.

Marcel Schulz: In the beginning Praise the Plague was only an idea in my head, and it started as a home recording project with instrumental songs of the album. All the people who were involved with the first drafts said, that I should go on with it. So I started my search for the musicians. It took a couple of months to find the right ones, (Robert (vocals), Benni (bass), Sascha (drums) & Jan (guitar) ) and after all we became a strong team & family. We have the same mind, comprehension and most of us share a similar background. That makes it easier to fine tune everything together, no difference if its music, art, or the whole concept. Our base is settled and we’re looking forward to see this band grow.

How look creation process of song in your band? Who is the author of music and lyrics?

Marcel Schulz:  As  I mentioned in your last question, most songs were ready before we became a band. In future we will see how the process of writing songs will change and grow. Sometimes we collect ideas at rehearsals, but most of the songs are created at home, and usually the finishing of a song happens in the rehearsal room. We all have the same spirit for our music and we found our sound & concept very early, what makes it very easy for us to work together. The lyrics on “Anatomy of Possession”, “Blackening Swarm” and “Darkest of Seas” are written by our singer Robert, “Minatory Aeons” & “Antagonist” by myself. Robert and I have a different style of writing, and it expands the way that we express our ideas in the lyrics. We both process personal things in the lyrics of this album.

Is there something more about title of album Antagonist? Has it some special meaning due to your lyrical themes?

Marcel Schulz: The album is mirroring some of our experiences or events in our life/world we think about. For example: fate proposals, depressions, death, world problems and downfall. We talk about an antagonist that will show itself, when we walk on a path of pain and despair. Something dark inside of oneself, that slowly takes control.

Could you tell us something more about cover of Antagonist? Who is the author of it?

Marcel Schulz: I’m a graphic designer and I thought about this topic for a long time and tried so many drafts but nothing fit perfectly. One of my favorite artists is Gustave Doré, who has the oppressive expression in his art. He created this picture for „Dante’s Inferno“ in the 19th century. This picture shows the rising of the dead, something dark that came from the abyss. It fits perfectly to the topic of album. It ́s the adaptation of the antagonist of yourself, the life, experiences an so on… Nothings exist without the opposite.

I also saw teaser for Minatory Aeons… is there plan for some videoclip?

Marcel Schulz: Yes, we just released a lyric video of BLACKENING SWARM, which you will find on youtube. We don’t have plans for a video for Minatory Aeons yet, but that can change. 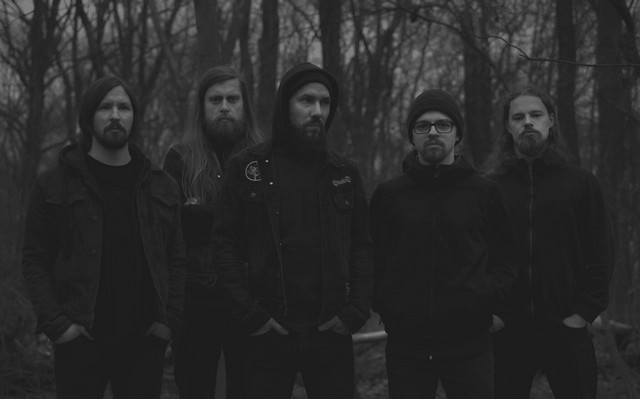 Marcel Schulz: We will celebrate our release at this years Swamp Fest here in Berlin, and we are really looking forward to that. We have a couple of show set up for this year (Leipzig, Dresden and Berlin) and we are working hard to set confirm shows and festivals in 2019.

Is it possible that you will also visit Slovakia?

Marcel Schulz: If we get the opportunity for a show or tour we would be happy visit Slovakia! Bratislava is beyond beautiful! 🙂

So, that was the last question. Thank you so much for your answers, and now you can share message with our fans 🙂

Marcel Schulz: Many thanks for this Interview, and we hope to see some of you in the near future! Enjoy listening to Antagonist!