Home » Interviews in English » Redouane Aouamer (Lelahell) – ,,Each Lelahell release is conceptually linked to the character of Abderrahmane“ 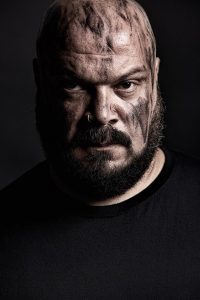 Hi, Lelahell released next studio album called Alif. What was the process of creation of it?

Redouane Aouamer: For the creative process of “Alif” we worked mainly on the guitar riffs and the rhythms to find the good combination, and after that we adjusted the whole thing in the right tempo. We started in 2015, but due to some hand injury (tendinitis) I was forced to stop playing guitar for almost one year.

In the spring 2016 I recovered from injury and started to work seriously on that album. It took almost 3 months to finalize all the tracks. The main idea was to deliver something more attractive than the previous album this is why we worked very closely on the tempo changes and the songs structures.

The album was recorded at my studio (Fermata). It was mixed and mastered at Hertz Studio (Vader, Behemoth, Decapitated, Hate…).

During the recording process, you have cooperated with some admired musicians, also with famous drummer Hannes Grossmann. How it all started, and could you tell us something more about this cooperation?

Redouane Aouamer: In the beginning of the writing process of Alif I was searching for a drummer for recording that album. I contacted many drummers and the one that really caught my attention was Hannes Grossmann, because he is very talented, very professional and more he has something that must of today drummers don’t have any more is taking artistic risks, he also plays extreme metal but he can’t play other things and he is able to do that!

First we were going to work by internet, but I decided to go to Germany in his studio (Mordor sound studio) to record the drums with him to give the human interaction feeling to that album, and it was a very good decision. Hannes is a great guy! The communication was very good; just listen to the result!

Let´s talk now about album. How will you describe it to the fans who never heard your music?

Redouane Aouamer: Alif is the first letter of the Arabic alphabet. In Arabic calligraphy we use it as main reference to determine the size of the next characters. We choose this name because this album will be the main musical reference of the next upcoming releases. The music of Alif is brutal and melodic at the same time.

The fans should expect a new sound in the death metal, the sound of the Algerian Death Metal!

Are there some significant differences according to your former albums?

Redouane Aouamer: Alif is more technical, more melodic than previous releases. The production is better and fits more to the music of the band.

I was also interested about lyrics. Could you tell us something more about concept of it?

Redouane Aouamer: Each Lelahell release is conceptually linked to the character of Abderrahmane. Yet focusing on another evolutionary step—another chapter in his own book. In the lyrics of our first EP „Al Intihar“ Abderrahmane is tired of his own life full of constraints, so he commits suicide.

Our first album „Al Insane… the (Re)Birth of Aberrahmane“ deals with his rebirth. Our new album „Alif“ is now focusing on Abderrahmane’s first steps in his new life, just like a child learning to speak, walk, learning about the world around him. Yet this is full of foes and fears, that’s why Abderrahmane needs to save him from those dangers.

And what about cover of Alif? Who is the author of it and what does it stand for?

Redouane Aouamer: The cover artwork is a  courtesy of German artist, Björn Gooßes of Killustrations (Dew scented, Aborted, Sodom,…). When Lelahell got in touch regarding a possible artwork, Bjorn  knew this would be something special. I approached him with a quite elaborate lyrical concept about a person named Abderrahmane and his tale of woe.

He had to convert that into a striking image and He came up with Abderrahmane sitting on desert soil, while drawing a circle of blood around him in order to protect himself from danger. I think it turned out to be a quite unusual image and captures the feeling we wants to evoke with our music 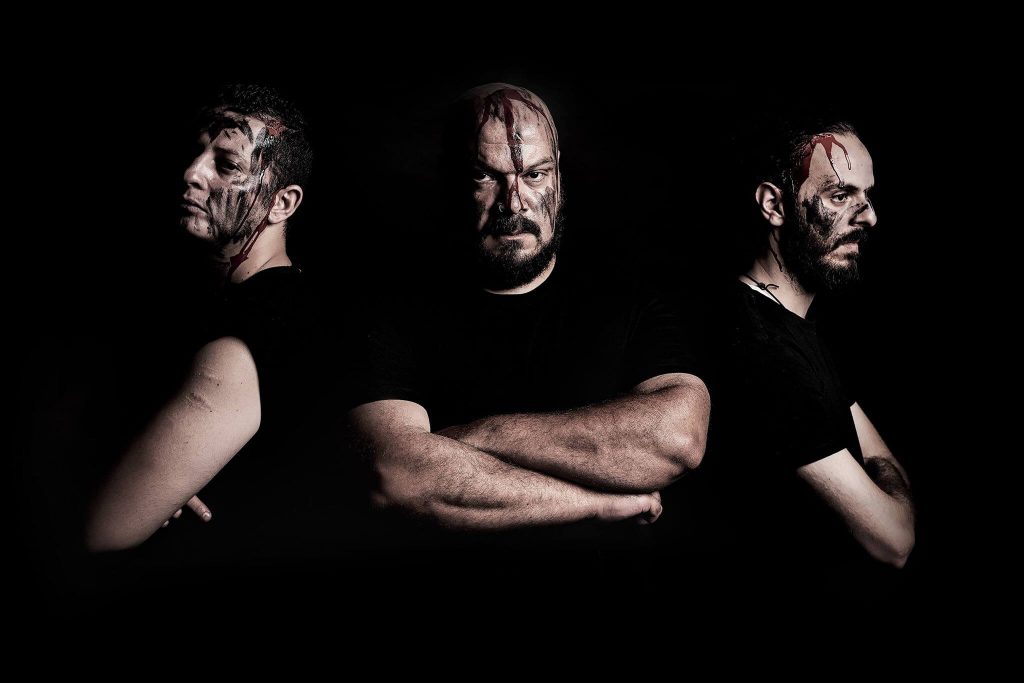 Redouane Aouamer: Lelahell played a lot of shows in Europe: 2 Mini tours, and 3 Euro tours. Since 2012 we played in 15 foreign countries and more to come. To promote that album we have a release party in Algiers in a big park called Dounia Parc the 18th august.

In November we are touring 2 weeks in Europe to promote Alif, starting from Spain, to France, Italy, Slovenia, Poland, Czech Republic, Slovakia (not confirmed yet) and Hungary

Is it possible that you will visit also Slovakia to play some show?

Redouane Aouamer: In 2013 during our first euro tour we played 3 shows in SLOVAKIA: Bratislava, Trenčín and Liptovský Mikuláš. It was very good especially in Trenčín in the Boogie Bar, where we played with the band Mysterious Eclypse ; Very cool guys!  In Liptovský Mikuláš Lelahell played in the Adventure Music club, it was the first show of the club!

As i said before, in November we are gonna tour in Europe, and we want to play a show the 09.11 In Slovakia so promoters interested please get in touch!

How begin your cooperation with Metal Age Production?

Redouane Aouamer: When I contacted peter from the Label he was immediately interested to release that album! They are very serious and very passionate persons!

I have a lot of respect for that label because they exist since 25 years and they have released a lot of good underground metal music and they still do! They are keeping the metal flame alive!

Could you tell us something about metal scene in your country? It is hard to release CDs, plays concerts etc.?

Redouane Aouamer: The Algerian Metal scene exists since the debut of 90’s. It isn’t so big as you can imagine, but it is existing since more than 2 decades and there are some good promising bands.

It is going better those 2 last years. Some good new promising bands were formed, some good stuffs were released and there are more concerts than before! Let see what the future will bring us!

Could you tell us something about your lives besides the bands?

Redouane Aouamer: The drummer is a steward; the bass played is a human resources manager in a car company and I’m running a company that rent sound systems, lighting, back line, and stage equipment.

Ok, that was the last question. Thank you for the interview, and feel free to share anything with the fans.