California based extreme metal titans SUICIDE SILENCE will release their sixth studio album, »Become The Hunter,« on February 14, 2020 via Nuclear Blast. Earlier this week, the band launched ‚Part 1: Meltdown‘ which was directed by Scott Hansen of Digital Thunderdome.

Victor Smolski’s ALMANAC are pleased to announce the next piece of big news for the band – that their third studio album „Rush Of Death“ will be released on 06.03.2020 via Nuclear Blast. The epic cover artwork has also been revealed today.

Victor has made a statement regarding the news,
„The new ALMANAC line-up has been working out very well indeed, and following on from our latest headline tour and festival run in Germany, the Czech Republic, Russia and Korea, it seemed the perfect time to enter the studio. I spent a lot of time on the song writing and I contemplated a lot on what has influenced my style throughout my thirty plus year career. There’s the hard riffing in tracks like „Unity“ and „Soundchaser“ of RAGE, bombastic orchestration in „Suite Lingua Mortis“, plus the versatile vocal parts and crazy solos in Lingua Mortis Orchestra. You can find all these influences on the new ALMANAC album „Rush Of Death„, which some people might find surprisingly heavy. It is a very guitar-intensive record which consists of two parts: one half with energetic metal songs without orchestration, and the other half (no less harder!) contains an epic „Suite Lingua Mortis Part 2“ recorded with the same symphony orchestra as the original Part 1 of „Speak Of The Dead“ by RAGE. Album guests Frank Beck of GAMMA RAY and Marcel Junker have enriched the vocals with their versatile range of singing. Lyrically, we’ve remained true to ourselves and have researched the history thoroughly. As an adrenaline junkie, I found that the theme of “gladiators” has tied in very well with the songs, but this time, we transferred the issue to the present – portraying racing drivers as modern gladiators. I’m very familiar with the dangers of being behind the steering wheel: with eleven 24 hour Nürburgring races under my belt, including various victories, but also fails, I have already fought many hard fights. We as a band also took ourselves to the limit in the studio, staying true to the motto: „pedal to the metal!“ 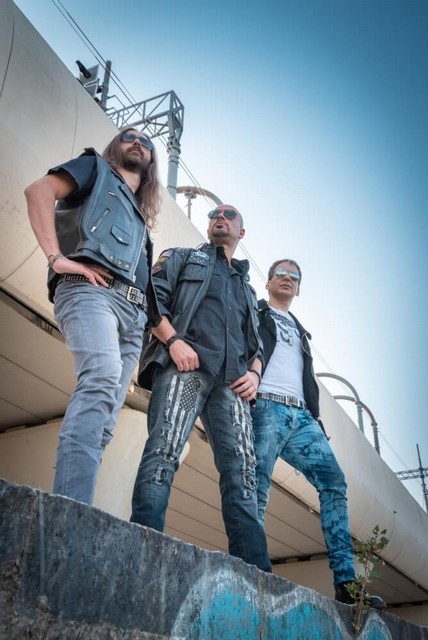 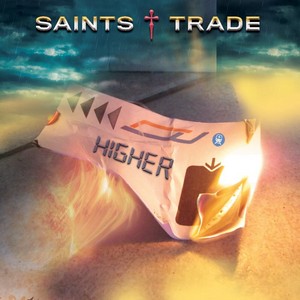 „Time To Be Heroes“ is scheduled for release on December 13, 2019 via Art Of Melody Music / Burning Minds Music Group. A special personalized edition has been created by Outward Styles in a very limited quantity of 30 copies, and is available exclusively on the label’s online shop, Rock Temple. CD graphics have been designed by Aeglos Art (Wheels Of Fire, Raintimes, Michael Kratz, Alchemy, Firmo), while the CD booklet features introductory liner notes written by Vassilis Hassirtzoglou (Heavy Paradise). The release will be celebrated with an exclusive live event on December 20, 2019 @ Slaughter Club (Paderno Dugnano – MI / ITALY), during the first awaited edition of the „Rock Your Xmas Fest“ (feat. Bonfire, Soul Seller & Wheels Of Fire).

The Mystic Fraternity of MF RUCKUS finally deliver the long awaited sequel to The Front Lines of Good Times Chapter 1 and it is a 2-4-1 special on their extra potent Rock/Metal mixture.

They put the “Rad” in ineradicable and certainly in Colorado. MF RUCKUS have been diligently toiling away with their multimedia Rock masterpiece The Front Lines of Good Times, but have not released anything since 2017’s “It’s a Mess”. Finally, they have delivered a buy-one-get-one batch of bombastic badassery in their most recent release “Making a Killing/You Only Live Forever”. Presented as two songs in one, “Making a Killing” is the ominous and foreboding monologue of an evil, malevolent entity whereas “You Only Live Forever” is the uplifting, bootstrapping battle cry of the downtrodden and dispossessed. Both parts serve as the soundtrack for the band’s second chapter in their motion comic series “The Front Lines of Good Times” written and directed by MF RUCKUS frontman Aaron Howell and voiced by the band members themselves. This newest offering is but a chunk of the massive monstrosity of tasty jams being brought to life in the Ruckus laboratory.

MF RUCKUS have just released their brand new single “Making a Killing/You Only Live Forever” and Chapter 2 of their motion comic series “The Front Lines of Good Times”.