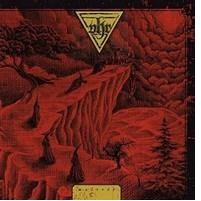 Black metal is really omnigenous music genre. Some waves, many subgenres. Probably the most famous is Scandinavian school of black metal. And one band, which is influenced by this school is young group Verheerer from Germany with it′s album Maltrér.

First song Oratio such as instrumental intro prepare us for that, what await us during listening to his CD. Mystery, dark atmosphere and magic, almost blues/grunge guitar. Someone could hesitate, if Maltrér is black metal album.

But during the deepest an the biggest doubts come on the scene Kultyst, which lead us out from the heretism and bring the true- black metal. Almost 9 minutes lasting song, which will crush us for every second of it.

Many great guitar work- riffs and also some melodic parts, keyboards sometimes coming out of background, raw vocal, fast drums and dark atmosphere. Hard and raw, but still intelligent with a high level of quality. Pure atmospheric masterpiece. Sometimes I thought, that I was alone somewhere in the dark forest.

Next tune Vertigo can be describe by the same words, only with some small difference- we will little slow down. We can continue with title song, with great guitar intro- loneliness, lethargy and darkness got new name. And again, great song with the same attributes like that before. Like the whole Maltrér. Cold and dark black metal, but really beautifull in the inner.

Don′t await some fast and brutal songs, which will fall out of your head after a few minutes. No, we can hear tunes with great compositions, changes of tempos, moods. Despite of it, that this is debut full length album instrumental side is on a high level. From instruments, dominant role plays guitar, also with adequate amount of melodicism.

Anyway, the best thing about Maltrér is it′s dark atmosphere. It was gained by a bit of dramatic art, like in the beginning (almost half) of the last song Heimgang, in another chanteys only by metal music. I have mentioned, that Verheerer take some inspiration from Scandinavian black metal, and right this atmospheric elements of music has the main impact.

Everything is then coloured by great vocal. But do not looking for some psycho screaming. No, here it is somewhere between melodic chant and screaming. But here really fit into this music.

So, if you looking for some very intelligent black metal with great dark atmosphere, try Maltrér. It is really worth of it.