Amorphis – videoclip for song from their upcoming album

Less than one month to go until melancholic progressive metallers Amorphis release their highly anticipated new album Queen Of Time – 18. may. Today they published new videoclip for song from it – Wrong Direction.

AVENGER Classics To Be Reissued In May, „Revenge Attack“ Streaming 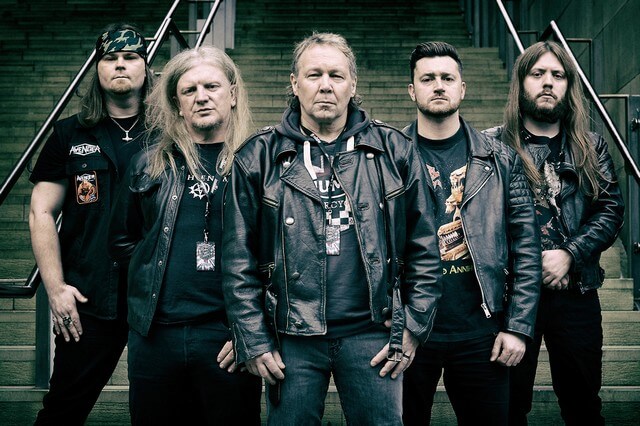 Metal, classic metal, thrash metal… NWOBHM! These are the defining genres that best describe AVENGER. Not a random stab at a description, but an archive of metal styles the band have molded themselves to and related to since their NWOBHM founding over three decades ago, by three members of the cult band BLITZKRIEG. During this time, AVENGER honed their playing skills and built up a worldwide fan base, enjoying rapturous receptions at festivals and concerts from the Eastern seaboard of America, to the metal hungry fanatics of Europe and down to the tropics of Latin America.

No wonder that AVENGER became one of the most respected British heavy metal bands, and that both of their albums released back in the day – “Blood Sports” from 1984, and “Killer Elite” from 1985, have a legendary status today, and are demanded by new generations of headbangers. Thanks to Dissonance Productions and Back On Black Records, both classics will be available on both CD and LP format on May 18, 2018, and it’s safe to say, that these will be the “ultimate editions”. The albums got dynamic mastering by Bart Gabriel (who recently mastered reissues of bands such as CIRITH UNGOL, SORTILEGE, and the new PAGAN ALTAR and CRYSTAL VIPER albums), both of them include previously unreleased bonus tracks, and include previously unseen photos from band’s archives. 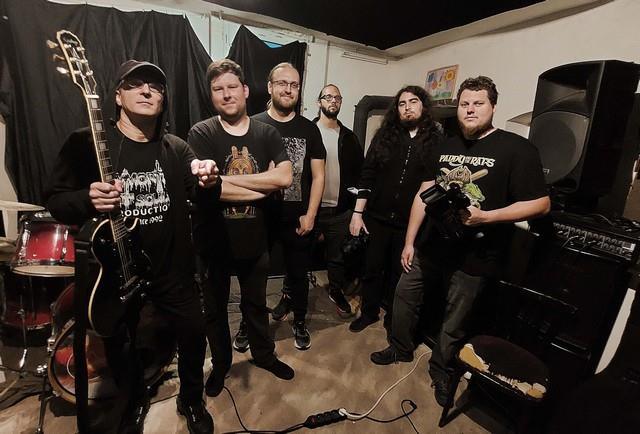 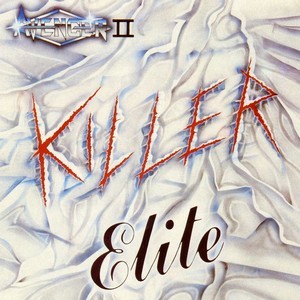 „Revenge Attack“, opening track off the „Killer Elite“ LP, can be streamed on this location: https://soundcloud.com/dissonanceproductionsuk/avenger-revenge-attack-official-stream

DEVILDRIVER Reveals Part One of New „Outlaws ‚Til The End“ Interview Series, with Commentary from Randy Blythe, Hank3, Lee Ving and More

Globally renowned, chart-topping band DEVILDRIVER recently announced the upcoming release of their highly-anticipated full-length album of outlaw country-gone-metal anthems, Outlaws ‚Til The End. The monstrous collection of savage metal interpretations will be released via Napalm Records on July 6, 2018, and pre-orders are available now in multiple formats via http://smarturl.it/OutlawsTilTheEnd-NPR with more format options coming soon.

This week, DEVILDRIVER is pleased to reveal the first of several segments of a new interview commentary series supporting the release of Outlaws ‚Til The End. The first segment, titled „Intro to Outlaw Country“, features members of DEVILDRIVER as well as album guests Randy Blythe of Lamb of God, Lee Ving of Fear, Hank3, Wednesday 13, Burton C. Bell of Fear Factory and Brock Lindow of 36 Crazyfists discussing their personal introductions to the outlaw country genre and how it has influenced them as musicians.

In the video, Fafara details, „I got into my parent’s record collection when I was younger, and that’s what got me into music. And they have everything from the Doors, to Steppenwolf, to a lot of outlaw country, and even stuff like Kenny Rogers, laying around the house… but I think my true love [for outlaw country] came from when I started touring with Pantera. Them and on the Black Sabbath tour. I constantly was hearing those guys on the bus jamming outlaw country. If it wasn’t Willie Nelson, it was Johnny Cash and bands like that. I just fell in love with the lyrics as well. The lyrical content is so fucking real…“

For more commentary, check out the „Intro to Outlaw Country“ segment in the video commentary series here: https://youtu.be/hbcl74deLcY

While online, listen to a clip of DEVILDRIVER’s cover of Hank3’s „Country Heroes“, featuring Hank3himself, here: https://youtu.be/yMhYYKSBQQU
Outlaws ‘Til The End is both a startling curveball and a ferocious statement of individuality from a band who have been a constant and effective force in the heavy metal world for the best part of two decades now. From the opening seconds of Hank3’s „Country Heroes“ onward, Outlaws ‘Til The End is simply one of the most invigorating records the band have made yet. More importantly, these evocative, irresistible songs have all been wholly rebuilt from the ground up, powered by the classic DEVILDRIVER sound and embellished with Fafara’s unmistakable feral roar. Outlaws ‘Til The End was produced, mixed and recorded with Steve Evetts (Dillinger Escape Plan, Every Time I Die, Sepultura, The Cure), and co-produced by DEVILDRIVER guitarist Mike Spreitzer. The album was mastered by renowned engineer Alan Douches.

6. „If Drinking Don’t Kill Me (Her Memory Will)“
Written by Harlan Sanders, Rick Beresford; recorded by George Jones
Performed by Wednesday13 & Dez Fafara

7. „The Man Comes Around“
Written by Johnny Cash
Performed by Lee Ving of Fear & Dez Fafara

UK Ragga Rockers SKINDRED have released a new single/video „That’s My Jam“ from the upcoming new album „Big Tings“ which will be released on April 27th via Napalm Records.

The Video for the new single features a special appearance by Hollywood actor and all round bad guy Patrick Bergin best  known for his roles in the classic films Sleeping with the Enemy & Patriot Games  as well as recently starring in the UKs biggest TV show EastEnders as Aidan Maguire.

„That ‚s My Jam“ is an infectious metal pop beast of a track which still retains the Skindred ragga swagga metal trademark sound of the band. „That’s My Jam“ is how Rock music in 2018 should sound: unique, trend setting and straight to the point!

The album has been recorded at Peter Gabriels Real World studio in the village of Box, NR Bath.

Skindred Guitarist Mikey Demus states:
„The name hopefully says it all, you can expect some seriously Big Tings from Skindred on our next record. We’ve thrown away the rulebook and pushed ourselves harder than ever to create the biggest, baddest, and most banging songs we could muster. We can’t wait to start unleashing this new stuff on the world, so prepare yourselves for some Big Tings!“