Home » Interviews in English » Chris David (Majestica) – ,,We have some summer festivals rebooked for next year…“ 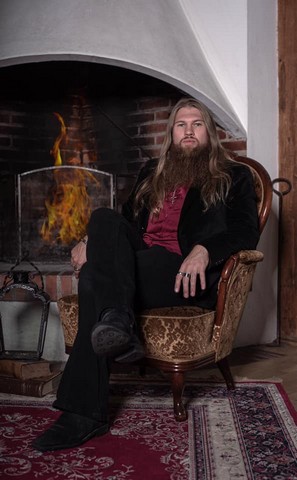 Last year Tommy Johansson, a guitarist of Sabaton, restarted his own band. It was renamed from ReinXeed to Majestica. They also released debut album Above the Sky. This year they decided to make a special record – a Christmas musical. Album A Christmas Carol was released on 4th December. Bassist Chris David told us about its recording, plans for future year etc. Interview was made before Christmas.

Hello Chris. Majestica released an ambitious project – a musical called A Christmas Carol. When did you start working on it? Who came with this idea?

Chris David: Hello! Well, this project started very late actually. After all shows were cancelled because of Covid. We had been talking about making a Christmas album with covers or something in the future but there was no plan for it. Then we were rehearsing for a livestream show we had in May this year.

On the way there I was on the phone with Tommy (we live far from each other, so it was a long call..) and told him about the idea of writing Christmas songs with our original music mixed with recognizable Christmas melodies.

We spoke about for awhile, rehearsed then Tommy wrote a demo based on that idea and it turned out really cool. He did one more demo and then we started talking about themes and lyrics, that is when he came with the idea of maybe do ”A Christmas Carol” theme on the album.

The recordings were in August we had around 10 days to make the whole album. It was very tight to make it happen.

Album is about story of Ebenezer Scrooge from novel A Christmas Carol by Ch. Dickens. Did you read that book?

Chris David: Yes. Actually we always had it next to the fireplace at home when I grew up during Christmas time. For the recordings we watched most movie version I think and did a lot of research for the story. 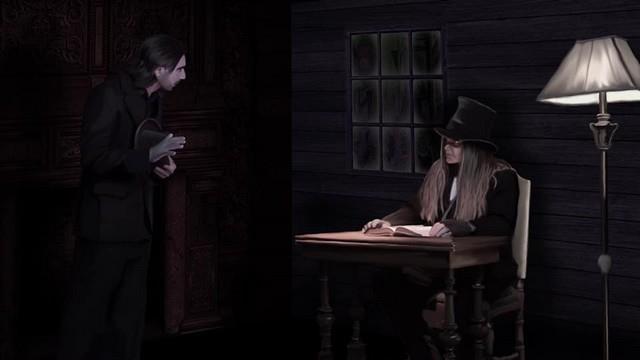 Did you take part on writing music? How does writing process look in Majestica?

Chris David: Yes I did. Tommy is the main songwriter but I come with a lot of arrangement ideas. I also came with some melodies that I just recorded on my phone with a acoustic guitar at work, that I thought sounded very ”Christmasy” sent them to Tommy he put it together to a complete song arrangement.

When we have a complete song demo we always discuss about things and changes that could be made. Maybe we try time out, sometimes the song gets better and sometimes not then we go back to how it was form the beginning.

You also worked with guest musicians. Could you tell us more about them? What was the key to choose them?

Chris David: First of all, all the band members are singing lead vocals on the album. Doing different characters of the story. And while we were in the studio and started recording different we thought it added a new dimension to the songs and the musical style that it is so started about some guests.

We have Anders who is the lead vocalist in the band Veonity, and an old friend of Tommy that he played in a band with called Hot Beef Injection his name is Henrik. We also needed a female voice for some characters and we didn’t have much time, the recordings took place close to where I live.

I’m working at a music school here so I asked the vocal teacher if she wanted to come in and sing a few lines. She had like a couple of hours to prepare.

You have a new drummer – Joel Kollberg. Have you been thinking about Uli Kusch becoming a full-time member of the band?

Chris David: Yes and no. Joel is our new drummer, he has been doing a few shows with us earlier this year and it was working out great. No Uli were probably not going to be a full-time band member it was more of a studio thing. When those recordings took place we didn’t really have any plans for what to do in the future.

And we just had Uli doing the drums for the ’Above The Sky’ album but it never came to anything more than that. At that time the other three of us who is also really good friends outside of the band, we didn’t really want to add another full -time member before we had some plans for the future. 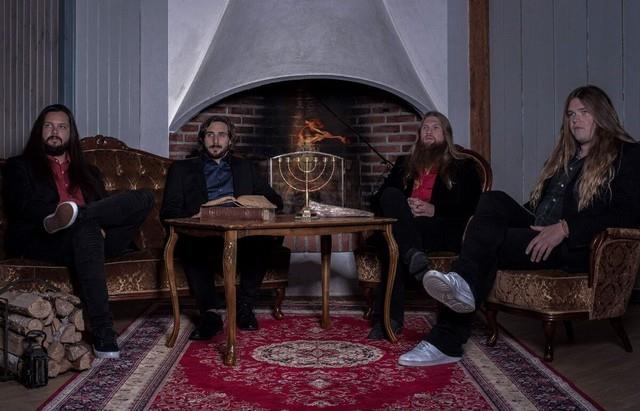 How about your touring plans?

Chris David: This is a hard one right now. We have some summer festivals rebooked for next year that where supposed to have happened this year.

Other than that it is just talks back and forth about offers but there is not really anything going yet as the dates are moving all the time and other bands have lots of rescheduled dates in the fall when we the music back on stage. So it probably take some time for us to get out there again but our main goal is to atlas make a few Christmas shows next year.

Tell us what your music story. When did your way of a musician start? And what was the story behind your membership in Majestica?

Chris David: I started when I was around 8 with piano for a couple of years, went to guitar and then at maybe the age of 13 I found the bass and that became my main instrument.

I was listening to a lot of Motörhead and Lemmy was one my idols and some other few bands like Iron Maiden, Black Sabbath, Metallica and in all those bands the basist was mostly my favorite so that was the reason I wanted to try bass at first. Because I just thought it was the coolest guys playing bass.

Chris David: No not really. I have been playing with many bands the last few years.

And I’m working on a new band that I haven’t unveiled yet still working on the first recordings but it’s my thing, writing all of the music, doing lead vocals, bass and guitars for now. It’s more of doom style meets blues rock. I don’t think its to far away until I show it to the world!

This year’s been very difficult for musicians. How do you spend coronacrissis?

Chris David: Well, we have spent it recording a Christmas symphonic power metal musical record and invented to style ”Christmas power metal”, haha! 🙂 Also working on my own project and teaching at a music school. So there has been lots of work even if It hasn’t been traveling around the world playing shows.

And what about musicians in Sweden? Is there any help from government during crisis?

Chris David: Yes there has been some economical help for lost shows and so on, I think it has been even worse for all the people around like light technicians, sound engineers etc. I think they have started getting at least some help now. But it’s not enough, many might need to find other work soon or already have.

According to you, how will the world metal/rock scene look after coronacrisis?

Chris David: It all depends on how quick it can start up again. But I think many big production shows will be downscaled, because of a big loss of money and also many crew might have needed to find other careers so it not going to be like just push one button ”now its on again” and it will look like nothing really have happened.

I do think streaming will continue not as much but smaller bands will probably do one once a year or something like that, as it is a way to reach an audience that you might not be able to travel to otherwise. I think this is a good thing that this has become a thing that works alright now in all of this other shit.

But something I fear could happen if it takes too long is that the bands wont be able to continue. Soon bands that has been living off their music for a while but it hasn’t been more money than that you can just make a living out of it, might to need to find other work and careers as well.

This will probably take a lot of energy, loss of creativity and inspiration. Maybe an album that was supposed to take one year to make in between touring is will be years away, I think this could even lead to bands quitting.

Ok, thanks for answers. I wish you and whole Majestica Merry Christmas and Happy New Year. Would you mind leave some message for our readers?

Chris David: I hope we can hit the road sooner or later and make a special Christmas show out of this record!

Also I need to say that even if you are not a fan of Christmas it’s worth checking out the album anyway as it is also a great symphonic power metal album, and if you don’t like power metal but

Christmas music, it worth checking out as well!

Thanks for Juraj Ondrejmiška for cooperation 🙂