Home » Interviews in English » Lips (Anvil) – ,,We have never compromised since the first day. Everything we’ve ever done was because we wanted too” 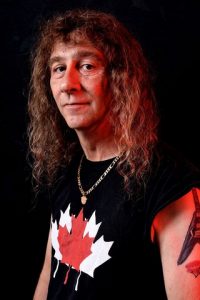 The band Anvil has never become true music star. It is little paradox, because it is know to old and young one too. Old metal fans could know their clasic albums like Hard ‘n’ Heavy, Metal on Metal, Forged in Fire from 80s.. It is also more famous thanks to the document movie Anvil! story of Anvil. They  released new album  Pounding the pavement before few days, and you can read few words about it in interview with Steve „Lips“ Kudlow:

Anvil will release new album Pounding the Pavement next year. What was the process of creation of it?

Lips: Basically we put the songs together with riffs that I come up with, then I write the lyrics. The final application and construction is done during the recording process.

What can fans expect from it?

Lips: This is Anvil in it’s finest hour so to speak. We have come to know what we want as well as what is expected and beyond.

Are there some significant differences between it and your former albums?

Lips: Everything is always a continuation, never reallly the same. That is true about all music. Each recording and bunch of songs represent a time and place. This is true for the listeners as well.

For me, your album is great heavy metal art with big potential. But I would like to ask on one song- Doing What I Want. Can we consider the title of it such as some paraphrase on your whole career?

Lips: Yes this is exactly that fact.  We have never compromised since the first day. Everything we’ve ever done was because we wanted too.

After releasing of the album, band will play concerts across the Europe. Are gigs on Europe special in something for you in by comparison by playing in the USA and Canada?

Lips: Europe is the biggest audience for what we do. It’s real metal …for real metal fans. Metal music is less appreciated in North America, audiences are dispersed and more difficult to reach.

Is it possible, that you will play some concerts on Slovakia sometimes too?

Lips: I certainly hope we return!!!!!

Let′s talk about history now. How do you remember on your musicians beginnings?

Lips: I met Robb when I was 17 years old, he was 15. We decided we wanted to put together the heaviest band Canada ever had. We’ve stayed true to that and here we are 45 years later!!!!!! 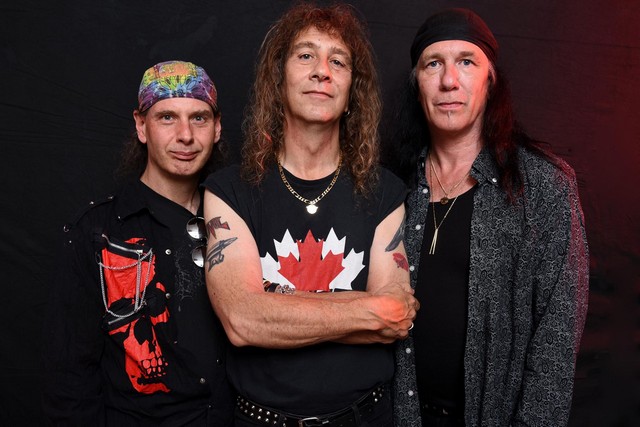 If you could go back in time, will you change something?

Lips: No, I would change nothing. I got to do it all the way I wanted too and am very pleased with the over all results.

Beside the music, I also have to admire you enthusiasm and joy from music. Do you think that these characteristic are loosed by young bands?

You have also met many musicians during your life. Who of them inspired you the most, and which ones you respect the most?

Lips: As far as favorite guitar players are concerned I’ve met most of them. They have all been really nice people. Some I stay in contact with on a steady basis and some we just chat once in a while. There’s a great deal of mutual respect and admiration.

Dou you take it like a honor that someone make movie about your band?

Lips: Absolute honor being a subject of a documentary. It’s changed everything…we are making a full time living from the band. The best we have ever known.

Could you tell us something about metal scene in Canada?

Lips: Luckily we are still a very relevant band in Canada and are able to play many clubs and concerts. This is not an easy achievement. Most bands are lucky to play at all.