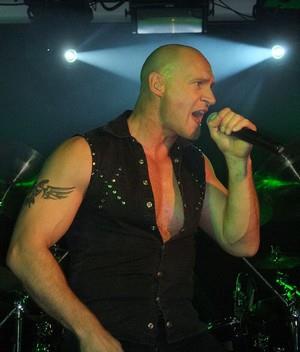 Primal Fear, Ralph Scheepers’s and Mat Sinner’s band, released new great album Unbreakable. Nevertheless, that many muzikants of band lived far from each other, this record is so great. More info you can read in this interview with Ralph:

Hello Ralf! How are you?

How are you satisfied with your new album Unbreakable?

Ralf: I am very satisfied and we are all happy that the fans are satisfied, too! The international chart entries have approved that!

It has a more energy that your previous record. What was the recording process?

Ralf: Everybody came up with ideas for UNBREAKABLE. It was pretty much composing over the internet as Magnus, Alex and I live too far apart from each other to team up in one room to compose.

But after all those years of working together we have somehow developed a style and a system that really works out! (As you can hear on the album) We all know what works best for Primal Fear and we keep writing stuff that comes totally out of our imagination and fantasy.

We wanted to travel back in time to the years when we have started Primal Fear. Combined with our experience of playing live over the years and the constellation of the best line up we’ve ever had, we were set to go and produced an album which deserves the label Heavy Metal!

So as I’ve said, the formula in Primal Fear is having a 4 members writing team and we always have been writing songs which came totally out of our true metal inspiration. So if you have 4 hungry guys writing, it can’t be wrong in the end…

Can you tell some sentences for each of these songs?

At the moment, there is a video for song Bad Guys War Black at the light of the world. Why did you decide this song?

Ralf: We wanted to have a song which fits to a format that shows the band in a live situation. The idea was to shoot a clip which is simple and we needed a track which somehow shows the direction of the album and which is short enough to be called a single…

Who was the main person to give the final form to this clip?

Ralf: The producers of the video and Mat.

Are you going to shoot some other clips?

Ralf: At the moment there are no thoughts about that but maybe we will come up with another one….It’s not so easy anymore to shoot videos as the costs will never be covered by any record company.

When the tour begins and which countries do you plan to visit?

Do you plan to visit Slovakia? (I remember your show at festival „Rock pod Kameňom“ in my town Snina three years ago. It was fantastic experience for me.)

Ralf: We would love to come everywhere! Our agency is working on many different possibilities to come… HopefullySlovakia again, too!

Do you play some covers on your gigs? (Gamma Ray, Tyran´ Pace, eventually Judas Priest)

Ralf: No! We did that as we had only one album out but now after 9 studio albums we have to choose a set list out of our songs! 🙂

How do you feel when you are so long on your concerts?

Ralf: I don’t understand what you mean!? You mean how I feel when we are touring?  Well, just great! It’s the passion we always wanted to follow and we still can do it all around the world, which is a great privilege compared to many other bands out there…

Which country is really ,,Metal Nation“ in your opinion?

Ralf: The whole world! All fans unite and create a Metal Nation! 🙂 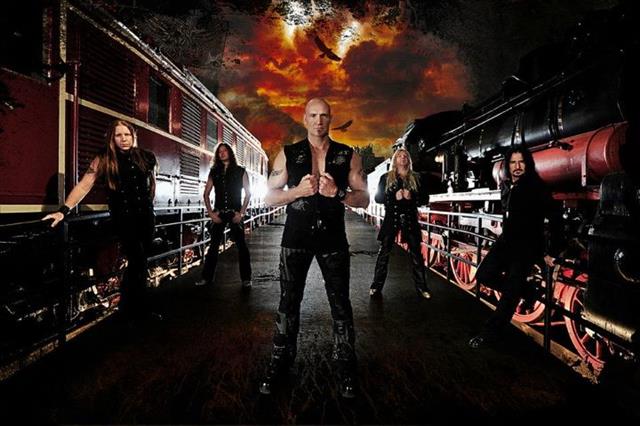 How does look a typical Ralph Scheepers´s day?

Ralf: Waking up, having breakfast…doing sports, checking my mails, writing songs, teaching my students, working in my studio for other musicians or bands….. Then if there is some time left, watching a movie….  🙂

How much time do you use to spent on internet?

What do you think about actually case of treaty ACTA?

Ralf: I have no idea about it…had no time to check it out…

Last year you released your first solo album. What was reaction to it?

Ralf: I was very happy with the reaction of the press and the fans in the end… The reaction was great overall…

You worked in bands Tyran Pace and F.B.I. before you entered the first heavymetal league. Has you ever thought about dusting off some of your old songs and arrange them to some Primal Fear’s album? (the same situation as Saints of Rock, which was released on your solo album)

Ralf: There might be no need to do this with Primal Fear, as we all are very creative and still have new ideas to come…. But maybe on another possible solo album (which is not decided yet if it will happen)

Ralf: I do that as good as possible….everybody is busy and we live at separate places all over Europe….

If you have to arrange the chart of top albums of all the time, which albums would be as  first five?

Please, imagine you are prophet. How will Primal fear and world metal scene look like in ten years?

Ralf: Still being able to make a living from music, touring the world, recording albums on a format which will be suitable for fans and musicians to “survive”…

Do you have any secret dream, which you want to have fullfill?

Thank you, for your time. Good luck to you and all members of Primal Fear. I would like to ask you for some message for visitors of my web.

Ralf: Your welcome….and thank you!

Thanks to your support! We would love to come to play live for you again! As soon as possible!