,,We are extremely proud to announce that Giacomo Voli is the new singer of Rhapsody Of Fire. As you can imagine, we are very enthusiastic to have Giacomo in the band and we can promise you that, beside his beautiful voice, he has brought new energy that we are looking forward to unleashing. Stay tuned! More news and footage coming really soon!“

On their facebook page you can find video with him, where he sing ROF song Into the Legend.

ASCALON To Release Debut Album On No Remorse Records

Ascalon, the Heavy Metal vigilantes from the UK, present their first album release entitled „Reflections“. The band debuted in 2012, with the song „Steel Nights“ placed on the „Flash Of The Blade Vol. 1“ vinyl split EP, which included songs from some of the most promising young Heavy Metal acts of the United Kingdom.

On November 30, 2016, No Remorse Records will release Ascalon’s debut album entitled „Reflections“. Its CD version will also include 3 bonus tracks, taken from the mentioned 2013 demo. 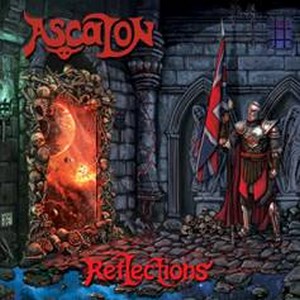 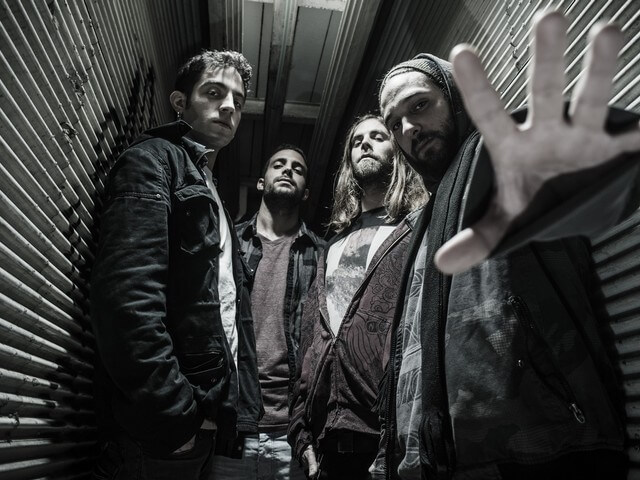 The single can be listened here: https://www.youtube.com/watch?v=QvvR_cUMAcc

„Our lead singer read a few song lyrics from the album and said he had a connection with this song above all others, and actually the intro of this song sounds quite similar to one of our new songs from our upcoming album. We haven’t heard of the band GOODBYE TO GRAVITY before but after we did, we came to dig their music very much and appreciate and respect them deeply.
This story wasn’t really covered in the Israeli press and media, we heard it through the major metal magazines online just about a day after the incident. This is such a tragedy which is so hard to acknowledge, we felt so sad that this thing could happen so quickly in probably one of the biggest days for the band – „Mantras Of War“ album release concert.

We had the chance to play some concerts in Romania and we always felt like home there, we have a true connection with this country and the Romanian crowd. Our hearts goes to Romania and all the people who lost their lives and their families in this terrible tragedy. This is so heartbreaking, we want to pay our condolences to the band members family and friends and wish them that they would never see sorrow again, and may their souls rest in peace.
Love,
Matricide Family.”

The song was recorded and mixed by Daniel Strosberg in Keoss Studios, Tel Aviv, Israel and mastered by Luculescu Alin Gabriel.

Bursting from the depths of the Middle East, Matricide is an eclectic band influenced by various elements within the heavy metal genre. Combining the speed and aggression of Death Metal, the attitude and aesthetics of Hardcore with the powerful groove and epic melodies you would hear within Nu-metal.

Lyrically speaking, the band’s songs are comprised of profound and thought provoking philosophical and spiritual matters

Matricide has released an E.P titled “ We Are Alive“ And a full length album titled „When Random Turns to Fate“ which led them to play extensively, sharing the stage in Israel with bands like Behemoth, Down and others. Matricide has also played throughout European festivals supporting bands like Orphaned Land, Cryptopsy, Disgorge, Jungle Rot, Klone and more.

The band raised the attention of Schecter guitars that extended an endorsement and support to the band and In 2016, Matricide sparked the attention of the well-known Extreme Management Group in New York. Matricide is currently working on new material and plans to maximize their growth in 2017 to further expand their reach to fans all around the world. 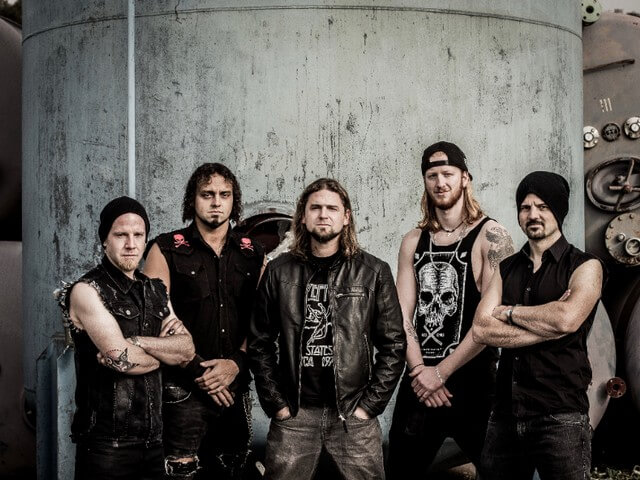 We are proud to announce that Invisible Mirror (Heavy Metal from Switzerland) have signed a deal with Wormholedeath for the worldwide release of their album „On the Edge of Tomorrow“. 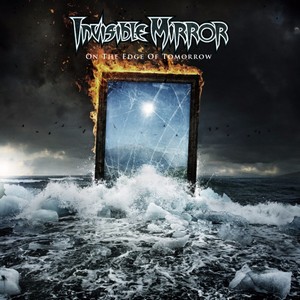 „It‘s been a hell of a ride! We really took all the time necessary to work out every detail on the album, to make it sound just the way it‘s supposed to. It wasn‘t always easy but when I‘m listening to it now, it‘s exactly how we have envisioned it and beyond.

We‘re really proud of the result. I think it‘s a very versatile album, very musical, almost like a journey because we combine so many different music elements. Our goal was to keep everything natural and organic, there‘s this rawness that makes the record breathe and that‘s also how it was mixed.

There are literately no drum samples, triggers or anything like that, all real sounds, all natural. The way we‘ve recorded it makes it sound very dynamic and also adds a certain live feel to it. Kind of a modern/vintage record. Our motto in the studio was „feeling and emotions“. I think we have accomplished that.“

„On the Edge of Tomorrow“ was produced by Connie Andreska (former Mystic Prophecy) and Dani Löble (Helloween).

„On the Edge of Tomorrow“ 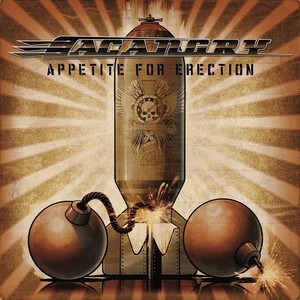 There are albums with titles that leave little doubt about their musical direction. Appetite For Erection sounds like … well? … you’ve got it: like pure rock ’n’ roll with an ass-kicking attitude and an irrepressible sense of humour.

Classic rock music that’s fun and goes directly into your leg and neck muscles, with provocative lyrics which fully live up to the inherent mission of this musical genre. The self-appointed ambassadors of uncompromising and diverse power rock call themselves AC Angry, hail from Saarbrücken and are ready to present their second album on Steamhammer/SPV.

Four musicians, one philosophy: kick ass! “We were absolutely happy with our debut Black Denim, but we knew we could do better and top it with our second release,” vocalist/guitarist Alan Costa reckons, obviously proud of the band’s latest achievement.

“You can tell that we toured a lot in the past three years and the energy and experience from countless concerts have influenced our songwriting.”

Appetite For Erection is scheduled for release on 25 November 2016, without doubt a red-letter day for all aficionados of handmade rock’n’roll!…

ABORT TO BE BORN – Misanformic 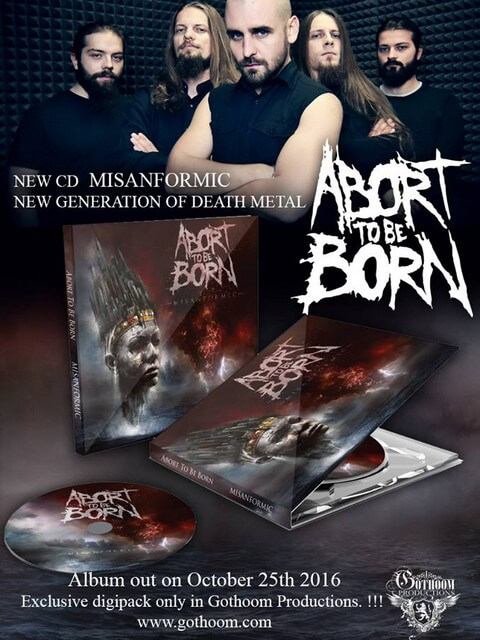 ABORT TO BE BORN is Slovak death metal band, who was formed in 2012 by guitarist Wonder (ex-Interface, ex-Doomed). Today they released new album – Misanformic via label Gothoom Productions.