Home » Interviews in English » Interview with Emma McLellan from 8Kids from 29. May 2017 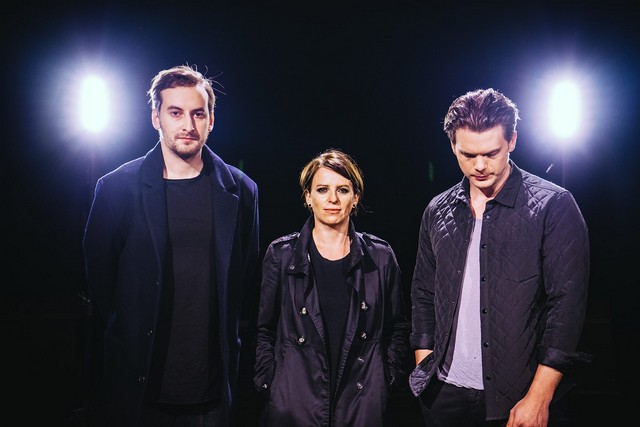 If you like good post hc music, you know that Germans 8Kids released new abum – Denen die wir waren. If you don know this band, get it right. At first you could read this interview with drummer Emma McLellan:

Could you tell us something about 8kids?

Emma McLellan: We’ve been playing together (with the current line-up) for just over two years. We’ve  all played in other bands and have known each other for a long time. Our music is  described as post-hardcore and we’re pretty happy with that 🙂 Hans and Jonas come  from Darmstadt (near Frankfurt), Germany and Emma comes from London, England.
The name ‚8kids‘ is derived from the way Hans plays guitar. Previously named 8bit kids  due to his tapping technique that sounded similar to the old-school 8bit sounds on Gameboy.

You have released debut album Denen die wir waren this year , could you tell us something about process of creation of it?

Emma McLellan: Denen die wir waren is going to be released on 26.5 and we’re totally over the moon about it! It’s been a long process getting the album to where it is now. We spent most of 2015 writing for our debut album and some of the songs were originally written years beforehand. The creative process was an extremely intensive, emotional  experience (positive and negative), documenting relationship break-ups, family dramas  and finding new hope. That’s why our sound is very raw at times.

What can fans await from Denen die wir waren ?

Emma McLellan: Lots of melodic guitar, strong vocals and driving beats. An emotional journey that  anyone and everyone can relate to. The album also gave us a chance to really explore  our musicality, it’s like a kind of creative playground!

What are the main differences between it and your EP Dämonen?

Emma McLellan: Like we said previously, the chance to explore and experiment more with our music. On  the one hand, you have to be very selective when choosing material for an EP release. It’s  basically a direct representation of what we do. The album, on the other, is an opportunity  to really live out our musical diversity and throw in a few nice surprises 😉

Emma McLellan: We love being on the road and have had the chance to tour with amazing bands such as Arcane Roots, Marathonmann, Rantanplan and To the Rats and Wolves. We’ve already played 30 gigs this year and met some fantastic people along the way. Next up is our headline tour beginning at the end of May.

Emma McLellan: We love being on the road and have had the chance to tour with amazing bands such as Arcane Roots, Marathonmann, Rantanplan and To the Rats and Wolves. We’ve already played 30 gigs this year and met some fantastic people along the way. Next up is our headline tour beginning at the end of May.It seems to be as strong as ever! Our producer Kristian ‚Kohle‘ Kohlmannslehner is very  much involved in the scene, working with highly successful bands such as Powerwolf  and Crematory. We see ourselves as being rooted between the metal and hardcore  scenes.

Could you tell us something about members of the band?

Emma McLellan: Hans (guitar) is definitely a metal kid. Also, very into fitness and loves weight training.  Jonas (vocals) is the punk kid. He’s also a bit of a science nerd having studied  Chemistry at uni, and whatever you do, don’t even think about criticizing anything to  mdo with Star Wars!!! Finally, Emma (me 🙂 ) is the indie kid through and through. She  grew up with the whole shoe-gazer and grunge scene in England and loves German beer!