Home » Interviews in English » Sin (Labyrinthus Noctis) – ,,It is the dance of Planets Plato talked about.“ 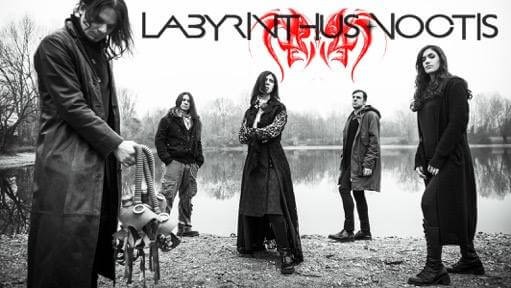 Do you like great doom/gothic metal with interesting lyrics- concrete with space theme? then you should find out new album to Opting for the Quasi​-​Steady State Cosmology, This Band is from Milano, and were born 2002. If you want to pick up more information, read interview with bass guitar player Sin:

Hello, Labyrinthus Noctis has released third studio album Opting For the Quasi-Steady State Cosmology. What was the process of creation of it?

Sin: Hello!  I am Sin, I play bass guitar in Labyrinthus Noctis and it’s amazing to have this chat with you, indeed! Actually we’ve worked hard for nearly two years before releasing OFTQSSC. That is the summa of our ideological feelings towards the Universe we are deeply engaged in.

All of us cooperating in the process of giving a concrete shape to this third chapter which is, past a doubt, the most representative of our weltanschauung. Each of us put his/her influences into every single song so to render each one complete of our personal features

Sin: We were looking for a singer who could be able to perform our musical taste and when we first listened to a promo Ivy sent us, we felt she was the one. She gave us goosebumps and we said altogether „Ok, we’ve found her!“ She is simply perfect for what lies behind and beyond OFTQSSC

What are the other differences between OFTQSSC and your former albums?

Sin: Well, OFTQSSC is just like a new rebirth with the maturity given by the experience we gained in passing years. It is not only a matter of genres and styles – as a matter of fact we moved from a metal imprinting to a more varied universe where progressive is more or less the leading theme.

Yet we fly among different styles such electro/doom/alternative metal. It’s not only for the different genres but also for a more mature composing style and attitude towards the process of creating our songs.

Could you tell something more about lyrical and thematically concept?

Sin: There’s a great deal of imagery behind and beyond OFTQSDC. Most of all the idea of a new beginning in a particular universe, matching with cosmology, philosophy and mythology. It is the dance of Planets Plato talked about. This dance creates the whole…and in between the different planets passing by (…) …they are just like the different moments and experiences we live. Some ones may match, other ones may collide, some other ones are just sliding away orbiting around each one…this is a strong metaphor of Life, you know.

On album can be found also cover of Mia Martini´s song Padre davvero. Why did you choose right this song?

Sin: Actually we were thinking about a couple of songs of Italian prog from the 70s-80s, like PFM, Area…yet when we Ivy joined the band we knew she would be simply perfect for Mia Martini – and of course we owe Mimì a great respect. „Padre Davvero“ is a fantastic song to play; indeed we added our style when we rearranged it and inserted the doom part. 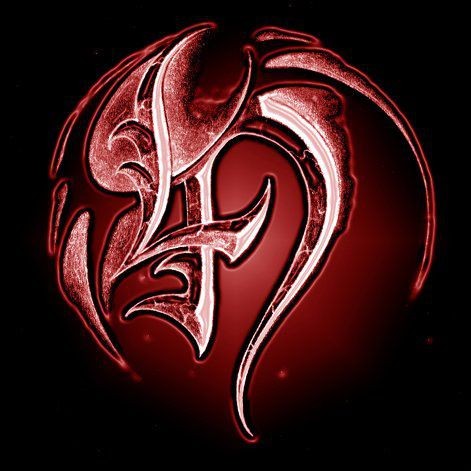 You play great mixture of huge amount of genres such as gothic, doom, electro…. who is the main composer of songs inside the band?

Sin: Our fantastic guitarist Moreno is the „demiurgo“ behind the compositive work. Indeed he is the main composer, despite we are all authors and composers too, but usually Moreno’s the leading composer. He’s the one, yes. He has the main ideas. Then we work together, each musician writing his/her parts, composing and working altogether. We are a great family and each song is just like our baby. Each of us gives a great contribute to it.

Are you fans of physics, astrophysics etc. in personal lives?

Sin: Of course we are. As you can see from the themes in our songs we are truly convinced of the power of creative processes, the Big Bang, the Universe and black holes, the quasi-steady state cosmology indeed. Yes we are big fans of such a deep thought.

We could spend hours and hours chatting of different theories… Just to tell you, the choice of paying a tribute to Kosmonaut Vladimir Komarov is also connected to our idea by which the Universe is a great being wanting more and more and we are actors in such a living theatre. Our lives are orbiting in a unknown space. And we are part of such an amazing unknown lost in the eternal struggle which is typically Western. The Western philosophy of the eternal dualisms, you know.

How do you remember your musician beginnings and beginnings of Labyrinthus Noctis?

Sin: Wow…Labyrinthus Noctis started nearly 15 years ago, in Milan. The early days see Moreno, Ark and Aeb, previously together in other metal bands of Milan underground. Labyrinthus Noctis soon proved to be unique in their being.

There were gigs all over northern Italy and then reviews abroad. Italy has a nice scene and Labyrinthus Noctis received soon a warm welcome. There was something weird (in a positive sence) around the band. You could see those black and red colours everywhere on stage, those tapes on Ark’s body and all the scenographical effects have always been pretty much reasoned. We started with the first two albums – the only members in both were Moreno, Ark and Aeb, that is: the official founding members.

The first change arrived in 2012 when I, Sin, joined the band and we performed live with Io.01, a mechanical puppet acting as a singer and then we shot the video of Solaris. Then there was the need to compose a new album. Our third one. There was another change to be done. The alien entering the human side. So Io.01 needed a human presence and Ivy arrived.

Sin: As said before, in 15 years we overcome different changes. The first one about the line-up. Founding members Moreno, Aeb and Ark have always been in since the very beginning. In the first album there were Luna (vocals) and Chiara (bass), and they were replaced in the second album by Luana/Luna (vocals) and Frank (bass).

When I moved from Rome I soon called Moreno, whom I have known from ages – actually in 2003, just when LN came to light, we made a promise: one day we would have played together. And that’s it. This was our fate.

When Moreno realized I was in Milan he called a meeting with Ark and Aeb…and I was in. After a couple of weeks we performed live! This was the new beginning. From then on we went on playing, having gigs and composing. And there the third album. A new change. Before Ivy, a new change in style. We could not remain in metal only. Sometimes we experimented doom and electronic but in this album we wanted to be free and show as we really are, with different features.

We moved from metal to progressive, passing through doom, electro, some folk and symphonic. If you lend your ears and pay attention you’ll also find funky, too!!! Some may say this is an example of Avantgarde. We are Labyrinthus Noctis and we are growing up together.

This is the greates gift we could ever dream of. Next change: alien vs human voice. We switched from early days singers to the alien voice (Io.01) age (2012-2018) and now back with a real singer but being Io.01on Ivy’s side. Another change is in our lyrics/themes. We are growing up, we’re adults now and so are our themes. There is a knowledge of past and present experiences paying an important role in our philosophy now. The changes lie inside us and we sing and play them in our Music.

Could you tell us something about metal scene in Italy?

Sin: Metal scene is still living. Bands as Lacuna Coil are showing the world that the scene is great and worthy and we are happy to be part of such an amazing scene. It may ne difficult because you know the market is experiencing hard times and sadly some clubs closed but metal scene is facing all the changing times and is still alive and kicking. Long live metal in Italy!

So, that was the last questions, Thank you so much for your answers, and you can also share some message with fans (smajlík

Sin: Thank you for the great opportunity, it was a real pleasure… And, indeed, we hope to have you all close to us, we are happy to share our Music with you. Hope you’ll love us, too! Rock on!