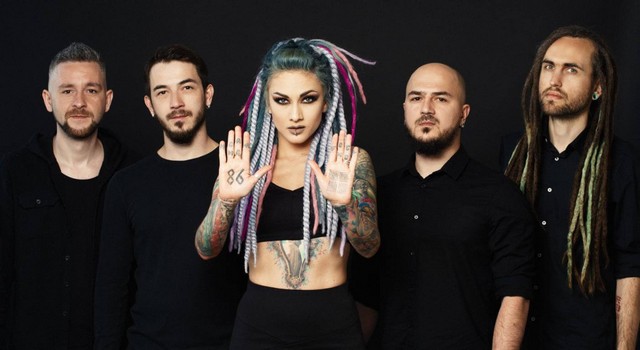 Are you infected yet?

INFECTED RAIN are far from the overly manufactured metal many of us have grown accustomed to. Their unique style is an energetic blend of some of the best modern metal styles. This five-piece has signed a worldwide contract with Napalm Records today! To celebrate the great news, the band drops their first music video as tasty appetizer as well.

INFECTED RAIN on the signing with Napalm Records and their brand new music video:
“Hello everybody!
We are happy to announce that we are now working with Napalm Records!Yes, we are finally under a label! For the last 10 years we have been an independent band and we survived only thanks to our amazing fans. We are forever thankful to you all for your support. We are very excited for this new adventure and we know that this new support will mean more shows, more music and more Infected Rain.We proudly present to you, our new music video for the song Passerby from our upcoming record. This is our first release with Napalm Records. Please enjoy Passerby!”

Endorphin will be out on Napalm Records later this year! Stay tuned. Get infected.

Following the release of their successful first album „Resurrection“, MICHAEL SCHENKER FEST is currently recording their second album, co-produced by Michael Schenker & Michael Voss, which is tentatively scheduled to be released in August.

The news is bittersweet as the band recently mourned the passing of beloved MSFdrummer Ted Mckenna.

Michael comments, „We are totally heartbroken to hear about Ted McKenna – our amazing drummer and dearest friend – passing away. It’s a massive shock and a huge loss to lose Ted so suddenly. He always had a smile on his face and was one of the most sincerely genuine people you could ever have the pleasure of meeting. One of the great rock drummers, he always played from the heart and his heart was music.
Rest in peace Ted, we will miss you.“

Today, the band also announced they will be welcoming back Simon Philipps and Bodo Schopf – who each played drums in MSG – to the MICHAEL SCHENKER FEST line-up. Simon who played on the MSG debut album will return as the main drummer on the upcoming second album. Due to his schedule, he is unable to be the live drummer for the upcoming US tour. This role will be completed by Bodo Schopf, who played on „Perfect Timing“ and „Save Yourself“. With the sudden passing of Ted Mckenna, Bodo will be featured on the upcoming record but in a smaller role as he had the important job of preparing for the US tour.

Michael states, „We are very grateful to Bodo for being a team player and working out with Simon what needs to be done in order for us to continue as smooth as possible and also to Simon for helping us to make it all possible. Bodo is the perfect choice to continue as the permanent drummer for Michael Schenker Fest. It is a perfect balance between the musicians from the past. It includes everything as a family to continue MICHAEL SCHENKER FEST.“

Bodo comments, „. I am very sorry that Ted had to leave us under these tragic circumstances and I’m proud to rock for him and all the MICHAEL SCHENKER FEST fans. RIP Ted”

Up and coming metallers BEAST IN BLACK recently unleashed their sophomore record titled »From Hell With Love«, through Nuclear Blast Records. Today, the group with former BATTLE BEAST guitarist Anton Kabanen has launched a brand new music video for the album’s title track, ‚From Hell With Love‘, which was once again directed by Ville Lipiäinen 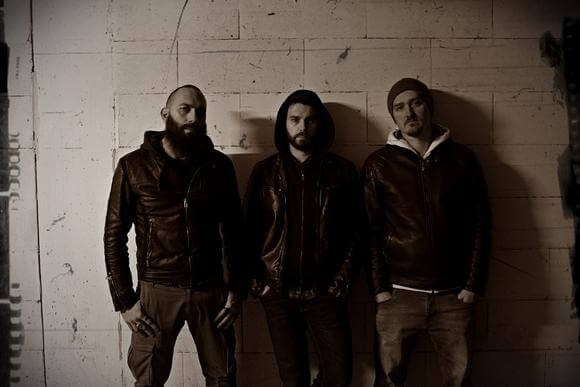 Since the release of their first EP ‚Pyramid Toward Oblivion‘ in 2011, the instrumental power trio pursues a sound of the classic stoner rock with modern heavy metal influences. Following SLOW ORDER’s first full-length in 2014, ‚Hidden Voices‘, gained the band not only high praise from both fans and press alike, but also allowed them to share the stages of all sizes with acts such as Pentagram, Karma To Burn or Avon, to name just a few.

2019 will see SLOW ORDER to take a new step and release their sophomore album, ‚Eternal Fire‘, with Argonauta Records. Says the band: “We are excited to announce that we have signed with Argonauta Records! The label will release our new album “Eternal Fire” during mid of 2019, and we want to thank Gero from Argonauta and all the people behind the band that worked hard to produce and realize it!“ 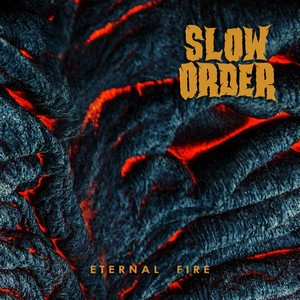