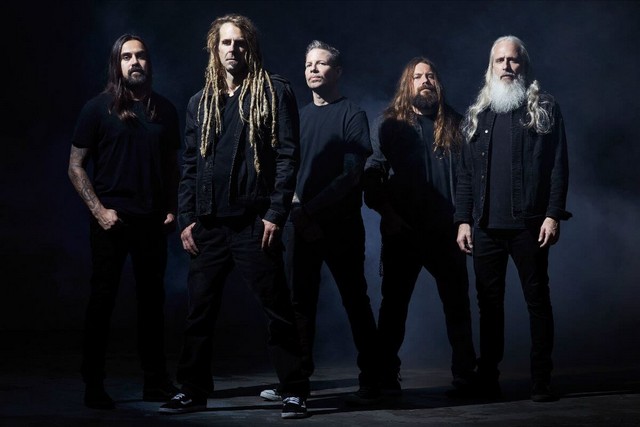 LAMB OF GOD has revealed a brand new single and video, ‚Checkmate‘, from the band’s first release in five years and the first to feature new drummer Art Cruz. The self-titled „Lamb Of God“ is due out May 8 via Nuclear Blast. 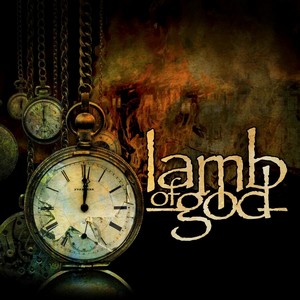 “‘Checkmate’ brings together all the components of the LAMB OF GOD sound that we’ve been developing over the last two decades, but with the ambition and ferocity that comes with the start of a new chapter for our band,” says guitarist Mark Morton. “Re-energized and reignited, this is LAMB OF GOD 2020. We’ve never been more excited.”

The fact that the band’s eighth studio effort would warrant ‘self-titled’ status is a testament to the band’s pride and satisfaction with these songs and this period in their creativity.

It is also a testament to the band’s long career – which includes two gold albums, two platinum DVDs, and five Grammy nominations – and a bold statement about where the quintet is now.

“Putting only our name on it is a statement,” vocalist D. Randall Blythe says. “This is LAMB OF GOD. Here and now.”

A true collaboration between all members of the band, LAMB OF GOD’s eighth studio album is an amalgam of each individual’s contributions, blended to create a singular style. Guitarists Mark Morton and Willie Adler fuel the album with a mountain of riffs, taking what LAMB OF GOD are known for, and unbelievably, upping the ante to new levels. The rhythm section of John Campbell, looming large as a rhythmic shadow, and drummer Art Cruz, who makes his studio debut with LAMB OF GOD here on this record, underpin the proceedings with passion, sweat and expansive dynamics. Vocalist D. Randall Blythe is as angry, insightful, and informed as ever. Never one to shrink from facing the darker aspects of our nature head-on, Blythe delivers with no punches pulled, and as only he and LAMB OF GOD can in 2020.

In the midst of writing the ten songs that appear on LAMB OF GOD, the group hit pause on the works-in-progress to man the stage as main support SLAYER’s “The Final Campaign”. After months of playing their best-known songs nightly, LAMB OF GOD returned to the new tracks and began to work with longtime producer Josh Wilbur (KORN, MEGADETH, GOJIRA, TRIVIUM). Special guests Jamey Jasta (HATEBREED) and Chuck Billy (TESTAMENT) also make appearances on „Lamb Of God“.

Victor Smolski’s ALMANAC are set to unleash their third studio album, „Rush Of Death“, on 06.03.2020 via Nuclear Blast.

This day they release the second single named ‚Bought And Sold‘, together with a lyric video that you can watch here:

Victor states:
„„Rush Of Death“ is not only the heaviest ALMANAC album yet, it is also like a best-of of my musical style: heavy guitar riffs, bombastic orchestrals, multi-facetted melodies and fast solos. All those who liked my ‚Suite Lingua Mortis‘, that I wrote for the RAGE album „Speak Of The Dead“, can find the orchestral second part, „Suite Part II“ on the upcoming ALMANAC album. The powerful song ‚Bought And Sold‘ is one of five songs dealing with the history of gladiators.

It’s the thirst for blood that leads the audience to the arena. It’s the craving for sensation that paves the way for the bloodstained show. Whoever may win this fight – the theatre of pain and its actors are real. The blood is real, the torture is real, death is real. Take your wooden seat and let the secutor draw the sword. You may say it’s a heroic fight or you might think it’s a game played by the rich men for the sake of killing. Let the show begin.
When death becomes a feast the human essence shows its real face. When human beings become puppets the audience is pleased. The fight is over and you’re back in your cell waiting for your next opportunity to live or die in the sand. What’s on your mind when the only way out is the fight when blood flows into your muscles for the purpose of being a death machine and finally being killed.“

Prepare for an electrifying synergy of industrial harshness and dimness: German pioneers of European gothic metal, CREMATORY, have released their new single, “Unbroken”, off of their upcoming eponymous album, to be released via Napalm Records on March 6, 2020.
Along with a flashing and energetic music video, the monarchs of the night enter their manifestation of autonomy with the second single and title track “Unbroken”, featuring Robse of the German power metal band EQUILIBRIUM. The track impressively represents the quintessence of their upcoming album – the unmistakable, honest message is to stand up for yourself and fight all demons, no matter what your life throws at you.

CREMATORY remain themselves and draw in new listeners with their renowned brutality and expressive strength. Robse’s forceful and raspy growls mixed with Felix Stass‘ remarkable voice underline this proper blackness in an industrial guise. The standout track proves that CREMATORY is still at the top of the scene and highlights the bold message: Unbroken – we still keep on fighting.

CREMATORY on the new single:
““Unbroken” is a tribute and a thanks to our loyal fans, who have been supporting and encouraging us for over 29 years. Playing in a band is like being in a relationship – there will always be ups and downs and you have to solve all that to become stronger than ever!”

The first single:
The Downfall: https://youtu.be/mzcZ54w7_9A