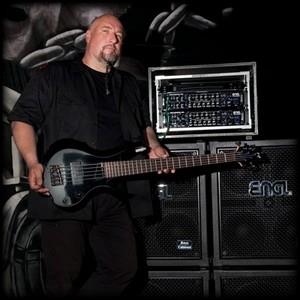 New lineup, new album. ,,Peavy“ and Rage released new album Resurrection Day on the last week. Compared to the Wings of Rage there is more energy and we can enjoy great power (time to time even thrash) metal ride.

Hello Peavy. New album of Rage – Resurrection Day (debut of new lineup) was released on the last week. Let’s start our interview with changes in lineup. What was the reason of split-up with Marcos Rodríguez? On the stage you looked like a great crew.

Peavy: Marcos has left the Band for private reasons, it has nothing to do with the band or music. We´re still friends and have agreed to not release his reasons to public.

He was very sad to give it up but sometimes life has different plans with us. We wish him all the best.

New members are Jean Bormann and Stefan Weber. How did you find them?

Peavy: We had the idea to bring Stefan to the band already before Marcos has left. Stefan played in Marcos side-band Diolegacy, so we were already good buddies.

After Marcos has gone we followed the plan of a twin guitar Lineup by bringing Jean in. We knew him already from live gigs where he supported us.

Let´s talk about new record. Tell us something about it (music, lyrics).

Peavy: Musically we followed the idea to bring all trademarks of the Rage sound together. Lyrically it has a red line going through the songs. It’s a kind of philosophical view on mankind’s cultural evolution from stone age till today.

When did you start recording process and in which studio it was recorded?

Peavy: We started by the beginning of this year with the recordings. In our studio “Dynamita Studios” in Asturias/ Spain. We recorded the drums first with our long time live sound engineer Dani Gonzalez, he runs the studio over 20 years.

Unfortunately then came the big lockdown and we had to stay at home. So we recorded the other tracks at home with Jean. He has done the preproduction as well.

I feel the same energy like from The Devil Strikes Again album. Is the reason new lineup?

Peavy: The Reason is Rage 😉

Could you tell me something about your upcoming gigs?

Peavy: We’re planning the tour in November/December of this year. A first part of it in the Europe. By the next year we’ll continue touring Russia, Scandinavia and other countries.

Are you planning concert in Slovakia?

I know that it is a premature question but are you planning to add in your set list also song Monetary Gods? 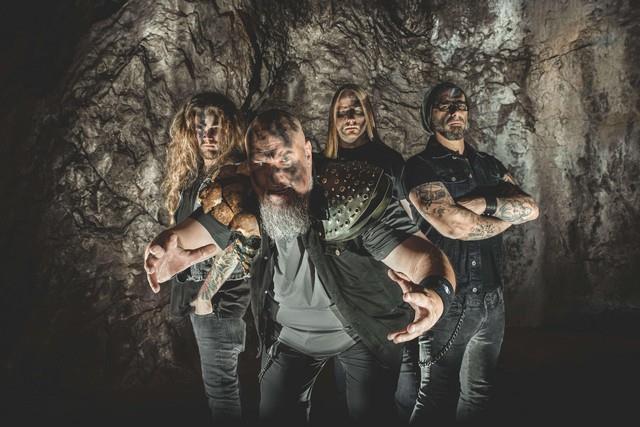 Unfortunately, new wave of COVID has started again. How does it look in Germany?

Peavy: Not so good at the moment. The infection rate is rising again as too many people are still unvaccinated.

Are the members of Rage vaccinated?

Peavy: Yes, already since before the summer.

I made a survey on Slovak musicians and I give this question also to you. Do you think that musicians should promote vaccination against COVID?

Peavy: I think yes. The fans should be aware that the more people are vaccinated, the earlier society can get back to normal and we can play and visit concerts like before the pandemic (without any restrictions).

It needs up to 90 % of a population vaccinated to reach a kind of “herd immunity”. Look at Denmark or Holland where they reached this point and opened everything up again.

We need all over Europe (at least – worldwide would be better!) this immunity status, so the bands can tour again safely (not only physically but also economically!).

If you wanna see metal concerts – get the vaccine ! 😉

Could you tell something about your day when you are not working in studio or you don´t play any gig?

On metal-archives is published that you are also active in Refuge, Bassinvaders and also in Lingua Mortis Orchestra. Is there any chance of new album from these groups?

Peavy: Not at the moment, as I´m busy with Rage…

Could you tell your musician story? How did you start with music and how was former band Avenger which was renamed to Rage?

Peavy: Avenger was the same band, we just changed the name after the first Album (Prayers of steel). I started to learn the classical guitar at 9 years of age, formed my first little band with 13 members and joined Avenger when I was 17. Our first album was made in 1984.

Are you in touch with your former members? People like V. Smolski, Manni Schmidt…

Peavy: Yes, I’m in touch with all former Members, the closest contact with Manni & Chris (Efthimiadis), with whom I do Refuge. Unfortunately our founding member Jochen Schroeder who played on the first 3 albums has just died…

Oh, I’m soo sorry. You play many gigs during your career. Could you tell us some interesting moments?

Peavy: There’s really a lot of great moments, like playing our first show with the Lingua Mortis Orchestra on an old Castle in Kufstein/ Austria, or our very first Japan Tour, where the venues were packed with little school girls in uniform, who screamed like we were a boyband….

OK, thank you very much for the interview and I’d like to ask you for some message for our readers.

Peavy: Thanx for all the support & hopefully see you all on stage in December!