Home » Interviews in English » Cane (Korpiklaani) – ,,After the Kulkija album we wanted to do something different…” 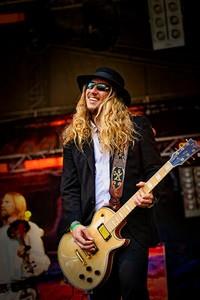 Listening to metal albums while locked in quarantine is a great thing how to relax and spend your time during the dark corona crisis period 🙂 Finnish band Korpiklaani has released new and pretty heavy album called Jylhä on February 5th thanks to which they are overwhelmed with requests for interviews. Nevertheless, we managed to get to the forefront of the media and guitarist Kalle Savijärvi, known as „Cane“, answered a few questions:

Hello Cane. Korpiklaani will release a new album Jylhä at the beginning of February. The first songs from it (Verikoira, Niemi) sound really heavy. Was it an intention to create such a heavy album?

Cane: Yes, it was. After the Kulkija album we wanted to do something different, like always, we don’t want to repeat ourselves.

Mood was pretty much to the heavier direction as one of the first songs written was Niemi you mentioned. Samuli Mikkonen, our new drummer, brought some heaviness with his spectacular drumming. Verikoira is based on his drum track, which he had as a whole before any riffs or melodies were written to it.

I always wanted to know how you make your songs (sharp metal guitars, folk Instruments etc.)?

Cane: Jonne has been doing most of the songs and he just comes up with the melodies and riffs when playing guitar.

Then he records a demo which is shared with other band members so they can make their arrangements, mostly the folk instruments. But that’s his style, I know Sami does his demos with the accordion and adds the guitars with midi. Everyone has their own style.

How long did it take to compose the songs and recording process of Jylhä?

Cane: Composing took maybe about two years and recordings were done in a month like normally.

Could you tell something about its lyrics?

Cane: This time we gave pretty free hands to our lyricist Tuomas Keskimäki. He listened to the demos and brought up some darker texts fitting well with the music.

Three of the songs are about old Finnish unsolved murder stories from the ’50s and ’60s for example. Of course there are some folklore stories again and we did include two party songs also. So it is quite versatile also on the lyrical side. 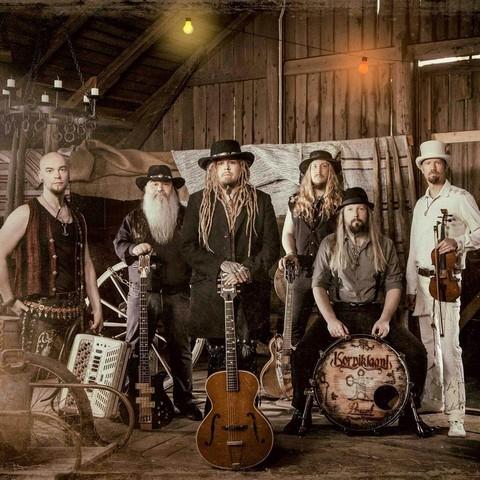 I know that it’s too soon to talk about it but do you already think about some concerts?

Cane: Yes, we have to plan the future like it would be normal soon. Some festivals are coming in summer and the European tour is in discussion for the fall too.

Also before the album, you started a special project, where your song Beer Beer was sung by singers from other bands and all of them in their native language. Will you continue with similar projects in the future?

And how is the recent Covid situation in Finland (hospitals, vaccination etc.)?

Cane: Situation in Finland is very good actually. I think we are one of the best doing countries in the world. Hospitals have lots of space and people are getting vaccinated slowly. But you never know this might turn upside down quite quickly, as we know.

Did bands and clubs receive some compensation from the government?

Cane: There was some aid from the government but most of the bands and clubs were not eligible to get that. 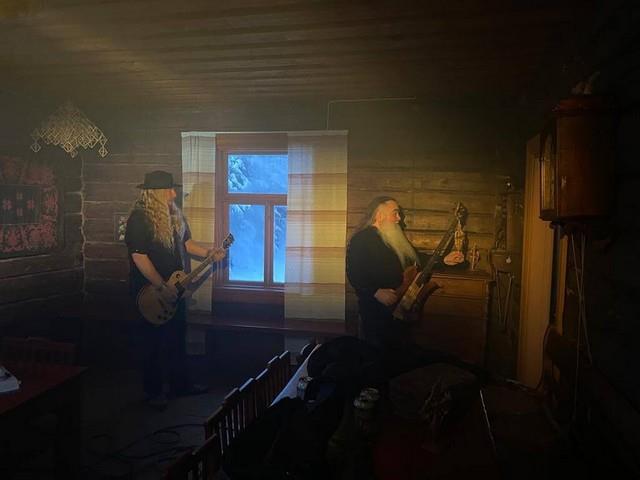 Could you tell something about your musical beginnings? How did you start with music and how you finally got into the band Korpiklaani?

Cane: I started playing guitar at the age of 14 if I remember correctly. About seven years later I joined my first band called Supreme Court which was playing groovy metal music.

When moving to the other city I left that band but luckily I knew Jonne already and he asked me to join Korpiklaani in 2004. I’m all self-taught and never took any lessons.

You performed in Slovakia several times. Could you share with us some interesting experiences from these gigs?

Cane: I’m sorry but all the “interesting” stories are something I cannot reveal here and the others somehow I don’t remember.

Do you think that there’s any chance to end the Corona crisis this year?

Cane: Why not? If people would go with the rules and restrictions and get the vaccination slowly, I think it’s possible. I’m not a prophet though and know very little about these things.

What will the global metal / rock scene look like after the Corona crisis?

Cane: Hopefully the same as it was before it. It’s hard to foretell what kind of scars it will leave to the scene but I like I said we’ll see soon.

OK, thank you very much for the interview and I’d like to ask you for some message for readers.

Cane: Thank you very much! Go and check Jylhä out, it’s in stores and streaming services now! Hopefully see you all soon on tour! Stay safe and healthy! Wishing you all the best!