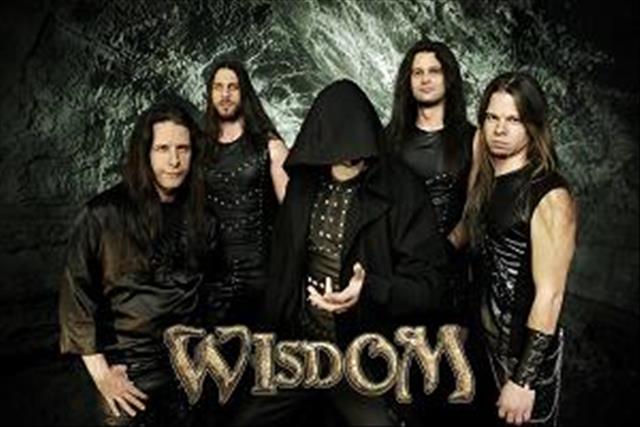 Hello Dime, how are you?

How do you rate this summer season from your band’s view?

Dime: It’s been a huge succes for us! We loved this summer! Our new album is out, the fans are satisfyed, and we got a licensing deal in the USA, so it’s pretty phantastic. It’s a huge feeling!

What concert in this summer was the best?

Dime: In my oppinion it was the Metalfest held in Budapest on 03.06. The technical bacground was amazing, and the people loved us!

Did you make a concert with some foregin bands? If yes, who was this band?

Dime: On that same festival the other bands were Hammerfall, Saxon and Cradle of Filth. It was a huge expirience.

You recorded album Judas in this year. How do you satisfied with it?

Dime: Yes, we are very satisfyed with the reception of our new album. It went number one in Hammerworld mag, and our fans love it.

Dime: Peter got a serious sickness, so he couldn’t continue with us. We were very dissapointed, but were fortunate enough to find a quick replacement. He feels better now. I have an another band, we play Pantera covers, and the drummer was Balázs Ágota. When Peter announced his departure, I immediately suggested Balázs. We are still happy with our new drummer. The singer story is a bit difficult. Let’s put it this way: we couldn’t continue our mutual work together because of some disagreements.

How you found these players?

Dime: The story about the drummer is a pretty simple one, I just mentioned it. The singer replacement however was very hard. We virtually auditioned dozens of hungarian singers as well as singers from outside of our country. We have almost given up the search, when Gábor Kovács met this guy in a pub. They began singing songs after a few drinks and it came out that this guy could really sing well. His name was Gábor Nagy. We immediately began recording demos with him and it turned out pretty well. We simply call him N.G.

How they naturalized in the band?

Dime: It went very good. After a few gigs, we were very satisfied with each other.

Dime: We basically record almost everything at our guitarist’s home studio, except the drums and the vocals. They were recorded in another studio. Everything has been done at home, the mastering and all those things.

How do you satisfied with complete sound of album Judas?

Dime: I think that it sounds more mature than our previous album. I think that we’ll continue recording like this in the future as well.

In Hungarry you get The Golden Record. What it mean for you?

Dime: It’s a huge success for a metal band like Wisdom. We are very proud and happy about it.

In the album you had guest singer Peter Willsen from Slovak band Tristana. What was working with him?

Dime: Peter is a very cool and funny guy. We enjoyed working together. We played as an opening band for Judas Priest with him. He also has some cool first hand stories about some our idols as well.

Would you like to work with him in future?

Dime: We are very satisfyed with our new singer at this time. But we could do some backing vocals with him in the future.

Is it Judas concepcion album. Could you tell something about lyrics?

Dime: Well, it is and it is not. Not all the songs reflect the story about Wiseman. We have this storyline about Wiseman and we’ll continue his story throughout our following albums as well.

According to my information album Judas was relaced in Japan? What are the response to it?

Dime: Yes, we are very fortunate to have our record releaced in Japan as well. I don’t know how is it going there, but I think we will face a Japan tour very soon.

Dime: Yes it is. I guess that is a really powerful song regarding the meaning. Few lines only but hopefully makes people thinking.

What is your life, when you don´t made music?

Dime: We basically all have our jobs. I personally enjoy PC games and martial arts, but I prefer practicing whenever I have some free time.

What do you think about Slovak-Hungarian tensions whitch is much mentioned in television news?

Dime: I don’t really follow politics. They tend to mess up everything. I myself am from Serbia, so I don’t have any problems with other nations. But it’s all because of the stupid politicians.

How it looked with metal scene in your country?

Dime: Well, Hungary is a very small country. It has about 10 million people. The metal scene is nice, but the people don’t have money because of the recession. But big festivals are pretty cool.

When you have seen people in the Slovakia?

Dime: In the summer we had a gig there. And I like the band Tristana and also speak with Peter on Facebook from time to time.

When will recorded new album?

Dime: We are already working on a new album and plan to releace it somewhere next year, but I can’t tell you nothing more about the matter.

Could you something about your musicans beginnings?

Dime: Well, when I began playing guitar, it was a war in ex-Yugoslavia. We were pretty poor, but I did everything to learn guitarplaying. I began on an acoustic guitar and literarly learned Metallica songs by ear. Kirk Hammett was my first guitar god, untill Dimebag and Marty Friedman came up.

Do you plan some news for your fans in this years?

Dime: Yes, we will be on a tour from the next month which will be completely free of cost, there will be no entry fees. We are also celebrating our 10 years of existence this year, so it will be a huge show in December.

Ok, thanks for the interview. God luck to you and all members Wisdom and I wanna please you for something message for visitors of my web.

Dime: Thank you for this wonderful interview. As for you metalheads, keep it up, and thanks for your support! Cheers!