Polish female fronted Heavy Metallers CRYSTAL VIPER released a brand new video clip entitled „When The Sun Goes Down“, which can be seen on the following location:

CRYSTAL VIPER are returning after a 4 year absence, with a brand new concept album entitled „Queen Of The Witches“, which will be released on February 17, 2017, on AFM RECORDS. The album has been produced by Bart Gabriel (CIRITH UNGOL, HEXX, MYTHRA). The album’s cover artwork has been created by the legendary German artist, Andreas Marschall (RUNNING WILD, BLIND GUARDIAN, OBITUARY). „Queen Of The Witches“ also features three special guests: the MANOWAR co-founder and guitar hero Ross The Boss, and no less legendary Jeff Dunn aka Mantas of VENOM/VENOM INC., will appear with guitar solos in two of the songs. Except that, in one of the songs fans will hear a duet of Marta Gabriel and Steve Bettney, vocalist of the NWoBHM cult heroes SARACEN.

„Queen Of The Witches“ will be available as limited edition vinyl LP, CD, and digital download. The LP and CD versions will include different bonus tracks: the CD version will include cover version of the GRIM REAPER classic „See You In Hell“, while the vinyl LP will include cover of the EXCITER classic „Long Live The Loud“. The album can be pre-ordered at: http://bit.ly/CRYSTALVIPER_Queen_PREORDER

In December CRYSTAL VIPER released „The Witch Is Back“ video clip, produced by the Grupa 13 production house, which most recently also did the KREATOR, BEHEMOTH and AMON AMARTH videos. The video can be seen on the following location: https://youtu.be/caPi0V_5Tvs

On February 18, 2017, CRYSTAL VIPER will play an exclusive headlining comeback show at the Heavy Metal’s Calling Festival in Munich, Germany, and one month later the band will go on the co-headlining European Tour with BLOODBOUND, during which they will visit Austria, Germany, Switzerland, France, Belgium, Czech Republic and Hungary.

Right to the Void present their New Drummer Alex Dumask

Right to the Void are proud to present their new drummer Alex Dumas who, according to the band and to all the people that knows him, is going to blast beyond the speed of light!!

The band stated
„We are thrilled to welcome Alex in the band, we know him from the various bands he was in and we know he is the best drummer we could hope for. His natural groove will help the band to go further.“

Alex’ statement
„I am honored to be part of Right To The Void and I will give it my all to meet their expectations.“ 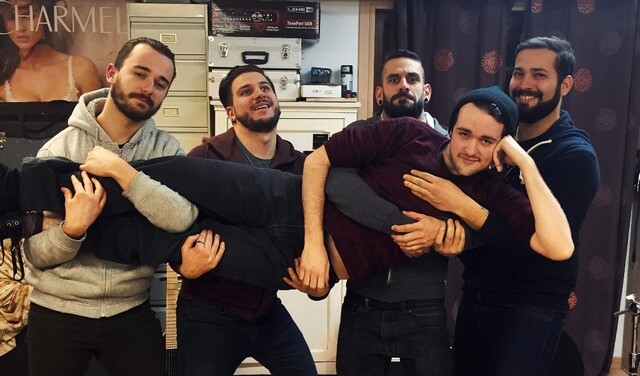 „Through The Grave“ Official Video (song taken from“Light Of The Fallen Gods“):
https://www.youtube.com/watch?v=HDcDQd2gq5s

„N.W.O. – The Beginning“, the fourth studio album by horror band Madness Of Sorrow, will be published on March 1st, 2017. It’s the band’s first CD featuring new singer Prophet (Aka Diego Carnazzola), who’s already contributed to live performances during 2016 to support the previous work „III:The Beast“. Lyrics depict the corrupt sick system in which humanity is living, focusing specifically on corporations, sex and serial killers. Music was written and recorded by Muriel Saracino, while the concept, lyrics and vocals were handled by Prophet. The artwork was realized by Italian artist Graziano Roccatani. „N.W.O. – The Beginning“ will be distributed digitally by W13Digital Distribution. 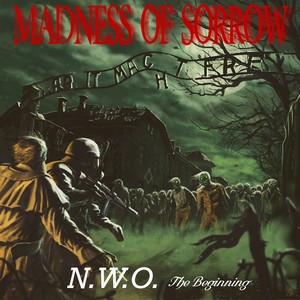 ,,We have reached 27% of the target amount for our crowdfunding campaign after only one day!! You are amazing guys, a huge thanks to all who participated! Please share if possible, it seems we can make this happen!! goo.gl/g8wXuR„