Home » Interviews in English » Michael Ehré (The Unity, Gamma Ray) – ,,Kai ’ s reunion with Helloween has nothing to do with our band.“ 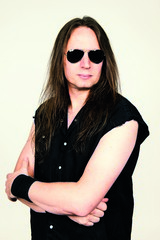 If you like melodic metal music and especially Gamma Ray, you surely didn’t missed information about new band of guitarist Henjo Richter and drummer Michael Ehré – The Unity. Today was released their self-titled debut album. You’ll find more info about new album and about future of Gamma Ray in next interview with Michael:Hello Michael. Debut album of The Unity, band of you and Henjo Richter, will be release as soon. What we can wait from it?

Michael Ehré: Hello! I guess you can expect a mixture of hard rock and melodic Metal, I think that descripes it the best. We´re all fans of and influenced by bands from the eighties, like for example Whitesnake, Rainbow, Black Sabbath, Judas Priest or DIO. Our aim was to transport this kind of music in the here and now, combine this kind of music with a modern sound.

When did the creation process of songs from it start?

Michael Ehré: We started 2,5 years ago. At first we collected all the ideas from each band member, picked out the best ones and started to work on them. For example: we had a cool guitar-riff and added all the missing parts until we had a full song. We also had some songs that started with a cool vocal-melody, so we did the same: collect other ideas to form a song.

Kai´s activities with Helloween was only one reason for creation The Unity? Or were there some other reasons?

Michael Ehré: Kai ’ s reunion with Helloween has nothing to do with our band. Henjo and me started to work on the idea a couple of years ago. Back then we didn´t had any idea that this Helloween reunion would ever happen. When I joined Gamma Ray back in 2012 Henjo and me soon realized that we have the same musical roots and influences. Our aim was to write songs in this musical direction, which wouldn´t have fit to Gamma Ray, so we decided to form a new band.

Important question. Could you confirm, that Gamma Ray will carry on after certain time?

Michael Ehré: That´s the plan. But I can´t tell you how long this Helloween reunion will take… We have to wait and see…

Could you tell something about an upcoming tour?

Michael Ehré: Exactly one week after the release of our debut album we will go on tour with SINNER. This tour mainly takes place in Germany but we´re working on more tour options for the second half of 2017.

Do you plan play also in Slovakia?

Michael Ehré: We really hope that that will happen as soon as possible! As I said: we´re working on shows in whole Europe. It would be fantastic to come to Slovakia! It´s always very nice there and Henjo and me like it a lot! 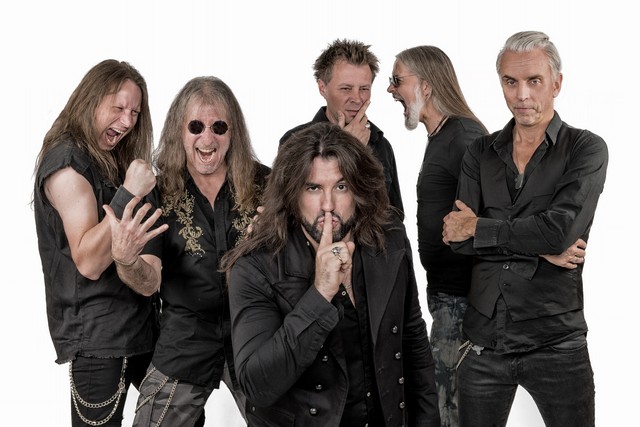 And your next band Nitewalk. Do you plan some activities with it (your last album was released in 2011)?

Michael Ehré: No, Nitewalk was just an „one-album-project“ from a friend of mine. We never played any shows with Nitewalk…

Could you tell your music story? When did you start your music career; something about band, where you played, etc…

Michael Ehré: I started to play the drums when I was eleven. It took a long time to start my career as a professional musician. I went through different local bands before I joined Metalium back in 2001. I played in a lot of different bands and for a lot of different musicians, like for example Uli Jon Roth, Kee Marcello, Vinnie Moore and Firewind.

What do you think about current German metal scene? Its pros, cons, problems etc…

Michael Ehré: I think we have a very good music scene here in Germany. Not only for metal-music but for a lot of other musical genres. Talking about the metal-scene: I really like that all of the musicians that I know are really nice guys. We´re helping each other if necessary and we have a lot of really cool bands here. Though it´s hard nowadays being a musician I wouldn´t change anything!

Michael Ehré: We really hope to play in Slovakia as soon as possible! We thank you all for your support!!!