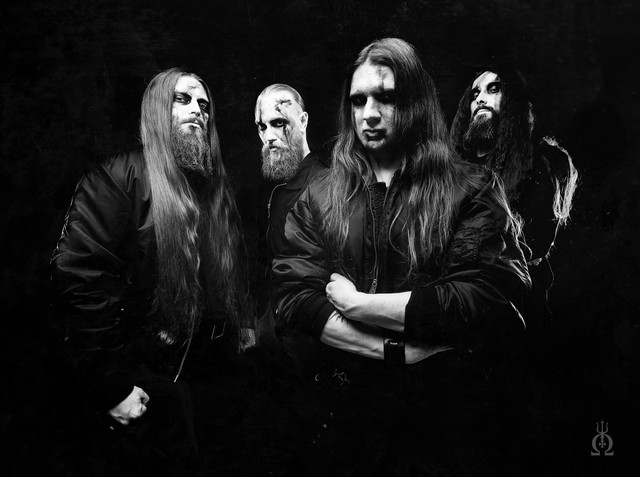 Together with Behemoth, Hate belong to the most famous black death metal bands from Europe. Recently, they have released their 10. Studio album under Napalm Records. According this occasion you can read interview with Adam ,,Adam the first Sinner”.

Hi to Hate! How are you?

You will release album in May, what was process of recording?

Atf Sinner: We decided to change studio, producer. And overall sound of the band. This time we recorded drums at Custom 34 Studio, Gdansk, Poland.

The rest was recorded and mixed at Sound Division in Warsaw with Arek “Malta” Malczewski behind the console. We took our time making this album There was no hurry. The whole process lasted 5 months with some breaks.

What can fans await from Tremendum?

Atf Sinner: I think some people may re-discover HATE after listening to “Tremendum”…  Because this album has definitely some fresh vibe and characteristics. It sounds very raw and organic.

We practically have not edited drums and guitar tracks , so the songs sound very true to the way we play them in the rehearsal room or on stage. It was very important for us to grasp the energy that exists while we play together.

What are main differences between it and your another albums?

Atf Sinner: “Tremendum” is quite different from our previous albums. You can immediately recognize the band by some characteristic features, but our music has definitely gained new qualities.

It’s darker, more powerful and yet quite raw. Recently Napalm has released a single «Asuric Being» that is promoting the album. It looks like it stirred quite a lot of interest. There will be an official video for the song “Numinosum” published in a few days. So there will be more preview of the album before it’s released.

What does it mean Tremendum?

Atf Sinner: Tremendum means shivering evil sight of holiness.  It relates to the archaic notion of holiness, which was believed to contain both good and evil element. One cannot exist without the other. This concept contradicts all the main monotheistic religions out there.

Generally speaking, most of the album is devoted to Paganism, pre-Christian times, and, in a way, getting back to Slavic  roots. I felt it was important because this domain is like a lost world, almost completely unknown to people today.

Its values and philosophies have been destroyed and buried by Christian civilisation that came along. Quite a lot of it have been discovered and put together over the last two decades and I think it’s definitely something worth referring to. It’s a great legacy.

Where could fans see you during tour?

Atf Sinner: We will be touring Europe with Nargaroth and Absu in May; mostly central Europe and the UK. In June we go to Greece for a short headlining tour and after that we will play some summer festivals in Europe.

There are more tours that we discuss now with our agency, so there will be definitely more to come  this and next year.

You have been for a long time in metal scene. How do you remember on your beginning?

Atf Sinner: Well, I started the band in 1990 as a teenager. Since I started listening to metal I was always attracted to more extreme forms of it.

I was 14-15 years old when my favorite bands were Venom, Destruction, Sodom, Possessed and Slayer. I was already playing guitar back then and felt I should start my own band. By the time I was 17 I had a complete lineup. The band was formed and we named it HATE. It was spring of 1990.

What do you consider as most significant breakthrough during our career?

Atf Sinner: There were a few, but I think the most important was the album “Anaclasis” released in 2005 via Listenable Records.

At that time I think we gained our own strong identity as a band and more recognition outside Poland. Another important moment was releasing album “Erebos” in 2010. At that time we were touring  Europe intensively, and for the first time we landed in North America sharing the stage with bands like Sepultura, Hypocrisy and Mayhem. It was a great time and we made a big progress back then.

What is your most favourite album made by Hate?

Atf Sinner: By far “Tremendum”, because this album represents my present tastes in music, sound and content.

Polish metal scene is strong, and you are significant part of it. What do you think about it, and what are the biggest changes of it while Hate exist?

Atf Sinner: The Polish scene is a phenomenon. I have seen it growing all the time since the beginning of the nineties. At that time there was only us, Vader, Pandemonium, Imperator and a few more bands that have not survived. Then came Behemoth and later Decapitated.

Besides the main extreme metal acts that everybody knows, there is a new wave of black metal bands like Mgła, Batushka and others that are making their names internationally. The scene is very lively.

Everyone have to say, that you are Legend with big L. What does it mean for you?

Atf Sinner: Well, I am proud and happy to keep HATE alive for so long. However, I do not consider myself a legend. It sounds strange to me. I am still discovering the music and I am more of a learner than a teacher.

Atf Sinner: All the guys who are in HATE with me now are professional musicians. The drummer Pavulon teaches prcussion at music school and is involved in some side projects.

The same is true about the guitarist Domin and bass player Apeiron.  However, HATE is their first priority. About our private lives, I am not gonna comment for obvious reasons.

Atf Sinner: Sorry, but I’m not a football fan. I seldom watch football matches. When it comes to sport, I’m  interested in martial arts. Boxing, Muai Thai and MMA formula are my favourite. I loved K1 tournaments, but the organization  collapsed some years ago.