CAVALERA CONSPIRACY led by brothers and founding SEPULTURA members Max and Iggor Cavalera have unveiled first details about the release of their fourth studio album titled „Psychosis“. The upcoming record is set for release on November 17th 2017 on Napalm Records and is produced by longtime friend Arthur Rizk in Phoenix, Arizona.

Max Cavalera in a recent interview with Metal Wani:
„The album right now is finished. It was produced by Arthur Rizk, our friend and a great producer – an upcoming, underground producer. And he did a great job. I love the record. There are nine songs. We’ve got one song with Justin from GODFLESH – just a great NAILBOMB, GODFLESH, CAVALERA kind of song. The rest is all pure thrash madness. And we had it mastered a couple of days ago by Joel Grind from TOXIC HOLOCAUST; he mastered the album. And it’s great, man. It’s a beast of an album. I think a lot of people are are gonna be surprised when they hear it. It’s, for me, the best of all the CAVALERA albums, my favorite one. And it’s got the same intensity and energy of the old stuff like ‚Beneath The Remains‘ and ‚Arise‘. So a lot of people are gonna be happy to hear that.“

Get ready for one of the most heaviest and hotly anticipated metal records of 2017, coming this November on Napalm Records, when the mighty CAVALERA CONSPIRACY will strike back this Fall! 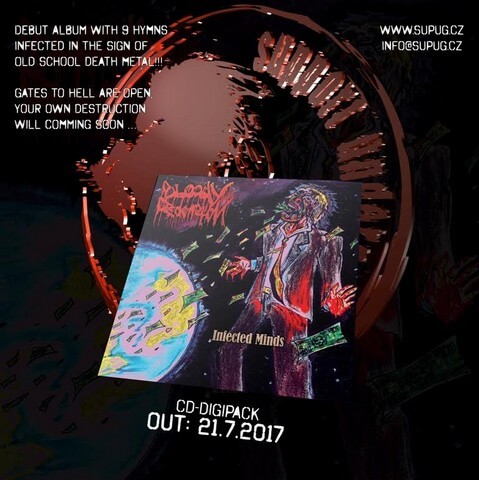 All music and lyrics by Martin Fodor and Jozef Kováč.

Something appetising is brewing – come take a sip. Blighty (that’s Great Britain to you non-Brits) 2017, the ostensible home of Heavy Metal, is spawning quality and varied acts ready to compete with the best of our neighbours. A younger generation, brought up with a broad knowledge of heavy music, have decided that they aren’t interested in pushing the boundaries of technique, production and extremity. Instead, these bucks seek only to find their own sound and write songs of the quality they grew up with on the family stereo. This passion for heavy music gives these ‘sons of their fathers’ the confidence to make exactly the music they want. 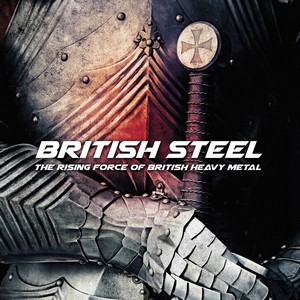 Accusations and labels like ‘retro’ and ‘old school’ roll like water off a metallic aquatic. If you plug away passionately for more or less ten years to tiny crowds with little or no support, it’s hard to engage with such negativity. And make no mistake, all of the acts here live and breathe this stuff. They’ve been playing since they were teens, you’ll see them front row at all the shows, and if no-one is offering gigs they’ll put them on themselves. And it’s no lie to say we had too much choice for this Steel platter. Our cup overfloweth! So is this a movement? Do we name it and define it? Nope, for to do so would allow us to dismiss it and this varied buffet is not going away.

„British Steel – The Rising Force Of British Heavy Metal“ will be available as CD, vinyl LP and digital download, and will be released on September 22, 2017, on Dissonance Productions and Back On Black. Promo clip: