Home » Interviews in English » Michael Ehré (The Unity, Gamma Ray) – ,,The tours we did last year with Sinner and later on with Edguy gave us a lot self confindence…“ 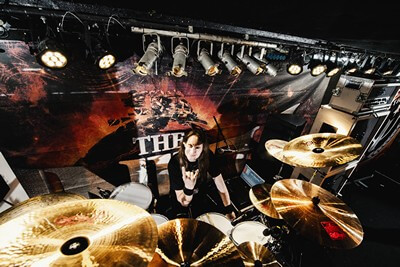 The self title debut album by band of two Gamma Ray members (guitarist Henjo Richter, drummer Michael Erhé) The Unity was released about year ago. Band performed gigs with artists like Sinner, Edguy and they will perfom with Axel Rudi Pell. They also follower of mentioned debut – Rise. For more info you can read this interview with Michael:

Hello Michael. Approximately after a year The Unity will release new album Rise. How you can made new material after short time?

Michael Ehré: Hello! In January we got the offer to join Axel Rudi Pell on the 2nd leg of his „Knights Call“-Tour. But therefore we needed to have a new album out. As we didn´t want to have too much time between our first and our second record we decided to make it. We knew it would be hard and stressy but in the end it was worth it. 🙂

Does the title have some deeper sense?

Michael Ehré: On the one hand „Rise“ stands for what we experienced since our firts record came out: our fanbase grew and the band was „rising“. On the other hand the title fits perfectly to our artwork with the flying drone, that stands for the digital age that we are living in – with all its good and bad sides.

What’s  the biggest differences between your debut?

Michael Ehré: Hard to say…probably that we managed to compose even more catchy melodies but also raise the energy of the music.

I think that it have better balance betwen hard rock and power metal and The Unity is more certain. Is it right?

Michael Ehré: Absolutely! The tours we did last year with Sinner and later on with Edguy gave us a lot self confindence and I think that you can hear that on the new album.

Tell me something about upcoming tour (countries, other bands etc…).

Michael Ehré: Our tour with Axel Rudi Pell will take place in October and November. We will play a lot of different countries in Europe, also some we never played before, which is fantastic! We´re really looking forward to that adventure! After this tour we will play a special headliner show in our hometown.

Do you plan to play in farther conutries (Japanese, American continent)?

Michael Ehré: It would be great if we could plan that but first of all there need to be interest in our band in this countries. If they give us the chance and call us we will be there and play everywhere in the world! 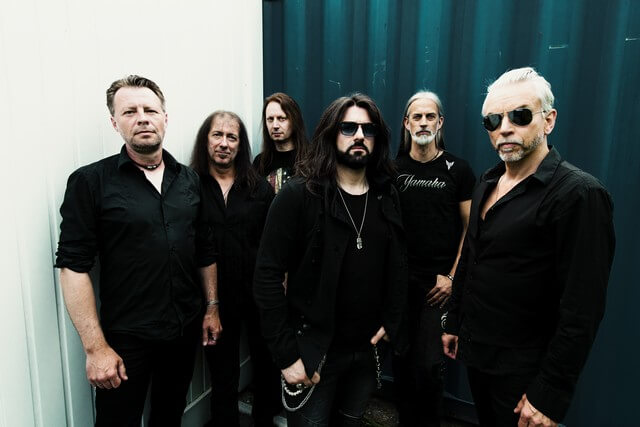 And question for other band of you and Henjo. Kai Hansen told, that Gamma Ray will continue after the reunion tour with Helloween. But we know, that you will make new album with Kiske, Deris, Kai etc… Can you tell us, can we wait  some new activities of Gamma Ray?

Michael Ehré: As far as I know we will play some festivals next year. Unfortunatelly I can´t tell you anything else. We will definitely make no album in 2019…let´s see what the future brings…

How does look your ordinary day, if you don´t perform on tour?

Michael Ehré: I spent a lot of time on working for THE UNITY, making plans, doing interviews and so on…I´m also giving drumlessons every day, which happens in the afternoon. Maybe you know that I´m also playing with Uli Jon Roth (ex-Scorpions guitarplayer) and we have some shows and tours from time to time.

You play for a long time. Could you tell something interesting  from tours with The Unity or Gamma Ray?

Michael Ehré: It´s always great to experience the energy of a live show. But to be honest most of the time it´s really boring on tour as you spent most of the day waiting for showtime. The shows are always (more or less) awesome but waiting is horror, hahaha…;)

We made last interview on April 2017. Are there some changes in your personal life ?

Michael Ehré: I´d like to say „thank you for your support“ in the name of the whole band to all our fans friends in Slovakia!!! We hope to see you as soon as possible!!!

Thanks for AfterDark IFeel for help with article 🙂