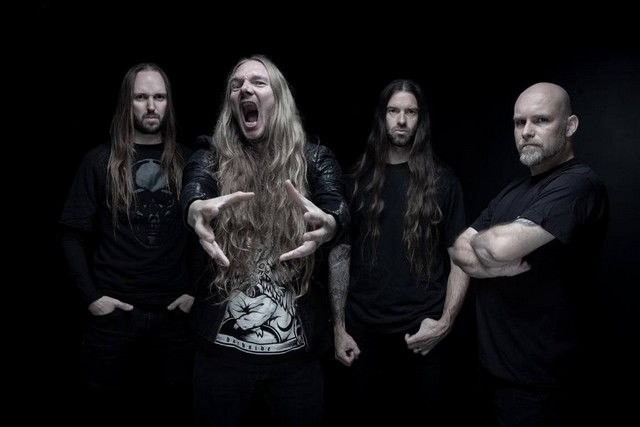 If there is a band that’ll break your neck from the sheer force of their music, it must be LEGION OF THE DAMNED!

Vocalist Maurice Swinkels on the new single:
“Next to “Dark Coronation”, “Palace of Sin” and “Warhounds of Hades”, this is one of my favorite tracks on the album: “Slaves of the Southern Cross”, its heavy as hell and sometimes reminds me of Infernal Majesty, it has a great atmosphere and I cannot wait for the fans to sheer with me “Slaves of the Southern Cross”. For the video we rented the big hall of the Turbinenhalle in Oberhausen and kept it relative ‘simple’, spend the entire day in fire blasters and filmed the band that captures the essence of LEGION OF THE DAMNED: Aggressive and heavy!” 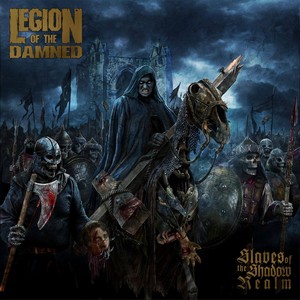 Tracklist of Slaves of the Shadow Realm:The Widows Breed

LEGION OF THE DAMNED are: 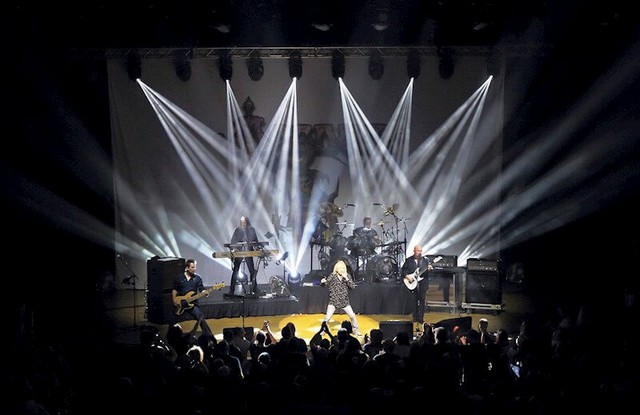 Every music lover knows that the closing concert of a long tour is always a very special event. For weeks in advance the audience has been able to read up on how much the band has been celebrated in their previous concerts evening after evening and they are all the more excited to see their heroes with their own eyes. After having played those numerous concerts, the band is in excellent shape, perfectly attuned to one another and of course they want to outdo themselves with this final show. One of those tour finales took place on 19 April 2018 inside Birmingham`s Symphony Hall. It was there that the British rock band Magnum completed their Road To Eternity tour, which consisted of 42 concerts, and performed at the highest level. The evening was preserved for posterity on a 2-Digi-CD, on 3-LP-gatefold vinyl and as a digital download and is set to be released on 18 January 2019 by Steamhammer/SPV.

“A truly magical evening”, guitarist Tony Clarkin confirms, “especially seeing as the show was a sort of home game for us, since all of us are from around the area between Birmingham and Wolverhampton, although during the last 20 years we have performed in Birmingham only once. In this respect it was a special moment for Magnum in more than one way.” According to the occasion, band members Tony Clarkin, vocalist Bob Catley, bassist Al Barrow as well as their two newest members keyboarder Rick Benton and drummer Lee Morris confidently played their way through a well-chosen mix of classics and newer songs, which rather successfully join the ranks of the band`s long tradition of atmospheric rock songs.

Spurred on by their audience’s raucous cheers, Magnum entered a sort of playing frenzy, intoning hits like ‘How Far Jerusalem’, ‘Vigilante‘, ‘Don`t Wake The Lion (Too Old To Die Young)‘ or ‘The Spirit‘ and proving without a shadow of a doubt that the newer songs from their 2018 studio album Lost On The Road To Eternity, namely ‘Peaches And Cream‘, ‘Show Me Your Hands‘, ‘Lost On The Road To Eternity‘ and ‘Without Love‘ also make for absolute terrific live performances at rock anthem level. “It’s well-known that there`s a huge difference between studio and stage”, Clarkin explains. “In a studio a band has numerous tries to make a song sound perfect. On stage however, you only get one try. Of course, if that one succeeds, the studio version gains a whole lot of additional adrenaline and enthusiasm which makes it that much more lively, enthralling, unique.”

Star guest Tobias Sammet (Avantasia, Edguy), too, was swept along by this enthusiasm and the blazing interaction between the musicians and their Birmingham audience when he went on stage for ‘Lost On The Road To Eternity’ to lent energetic support to vocalist Bob Catley just like he did for the track’s studio recording. Oh and just by the way: As a forerunner to this gripping live album ‘Lost On The Road To Eternity‘ will hit the market as a digital single on November 2nd 2018. “Birmingham was one of those nights where everything clicked”, Clarkin comments, looking back on the show in April 2018. “The sound on stage was phenomenal and you could feel from the way the audience reacted that it sounded spectacular inside the hall as well. When that spark is lit between a band and their fans it can create something special and magical. And that’s exactly what happened in Birmingham.“

All that’s left to ask now is what makes Live At The Symphony Hall any different from former Magnum live recordings. “Bob and I have been in this band for quite a while now, but we’ve never lost our passion for Magnum”, Clarkin elaborates. “We want to keep learning new things and are open to tips and advice. That’s why we constantly revise our old songs, sometimes we play them a bit faster, sometimes a bit slower, we change a solo here and a part of the melody there. That way we not only keep our audience interested but also our own enjoyment in these pieces alive.” There isn’t a more fitting way to describe the magic that happens on Live At The Symphony Hall. 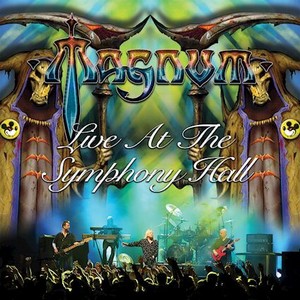 Watershape: “Beyond The Line Of Being” video posted online

The video for italian progsters Watershape “Beyond The Line Of Being” is online on the artist’s YouTube channel.

Drummer Francesco Tresca says: „Since I’m a huge David Lynch fan and I think he’s one of the most important living artists, I decided to make him a tribute, a small homage in a very respectful and humble manner. That’s the reason why our new video set and style is inspired by Twin Peaks. Beyond the way we shooted it, the content refers obviously to the lyrics of the song that are about searching the immortality through art. I wanna thank Luca Pellizzaro for his help shooting it and Mirko Marchesini for creating back images for animations„.

“Beyond The Line Of Being” is taken from debut album “Perceptions”, released on October 13, 2018.