Home » English Reviews » Painthing – Where Are You Now…? (ER) 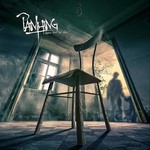 Fact number one. For me, doom-death metal is the best genre in the whole metal music. Fact number two. Poland has one of the strongest metal scene in the world. I don´t speak only about worldwide known band. No, the true treasures are in the depth of underground. For example debut album Where Are You Now…? from band Painthing.

Skilled fan of doom metal will find out after few seconds of first song Between, that this record was done by true masters of music. Tune with perfect and rich composition, which return us somewhere in the 90th (where Paradise Lost began), full of great guitar sound, genial riffs and many melodic parts and also keyboards.

If is doom metal mainly music about emotions, Where Are You Now…? should be use like the encyclopaedia of human feelings, because all songs are full of wide pallets of it. In one moment you feel desperation, but in another moment fear appear, followed by grief, but at the end small portion of hope come.

I tis sure thing, that this will be not possible without alternation of vocals- clean one with growls which enrich wealthy instrumental side of the CD full of perfect compositions. And the best on it is fact, that we can say this about every song (together 8), there is really no weak piece. As I said in the beginning, this album is true treasure.

It offers genial instrumental side, where you can find something new and original after every 30 seconds, great vocals, but mainly big amount of emotions written into music. I have not heard so honest music for a very long time.

What to say in conclusion. Paradise Lost is legend, maybe the biggest one in this genre, and also my favourite group. On the other side, Painthing with strong marketing and support of radios, TVs, webzines should gain fame of Paradise Lost. Fantastic doom metal, which can be create only by true masters. Wheere Are You Now…? is true diamond of metal music.