JOACIM CANS describes the creation of “(We Make) Sweden Rock”:

“This is a glorious tribute to the Swedish hard rock and metal movement with a lyrical theme using direct references to both other bands and songs. With catchy contagious riffs and enchanting (ear-worm) melodies this song will be an instant classic at future HammerFall shows. Without the Swedish rock and metal scene with bands like Heavy Load, At the Gates and Yngwie Malmsteen the world would be a pretty boring and dull place! This is our noble tribute to all the bands that inspired not only us to play metal, form bands and eventually crusading around the world in the name of Heavy Metal. All hail the sons of the northern light! “
DOMINION  is HAMMERFALL’s eleventh studio album, and second with Napalm Records. Today, Friday 3rd May, Napalm has launched a physical preorder for DOMINION including CD, Vinyl, and a limited edition Deluxe Box Set consisting of a digipack, limited 7” light blue vinyl, limited cassette, cover art print, photo cards, patch and sticker. To view a variety of the DOMINION merchandise: http://www.hammerfall.net 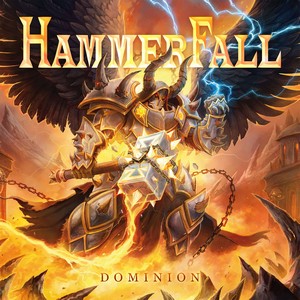 For DOMINION, HAMMERFALL re-teamed with James Michael to do vocals at Red Level Three studios, and Fredrik Nordström of Studio Fredman at Castle Black Studios for the instruments on the powerful 12 song collection.

“ ‘Good is not good enough; it has to be great.’ This is the mantra we have applied to every aspect of making this album, from the song writing and rehearsals to the production and the performance of each member. The result is DOMINION, a powerful force of nature that cannot be stopped. Once you hear it, you will understand.”

The band’s summer touring starts with Domination Festival in Mexico City and crosses Europe throughout summer 2019, including stops at the legendary Sweden Rock Festival, Graspop Metal Meeting, and Wacken Open Air. There will be 3 launch party shows in the US, followed by being featured as special guests on Sabaton’s autumn US tour. The band are also delighted to announce a 2020 European run (all dates below). 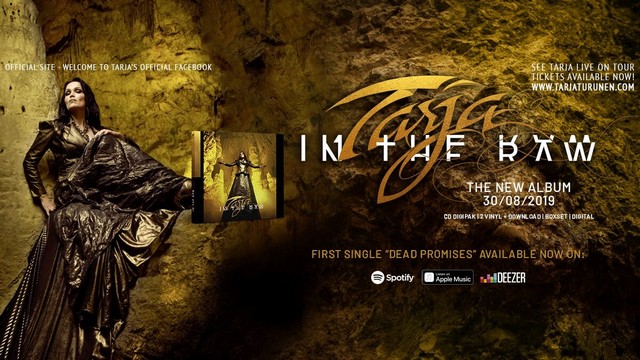 Tarja Turunen will release new album In The Raw on 30. august.

Lyric video for the first single: 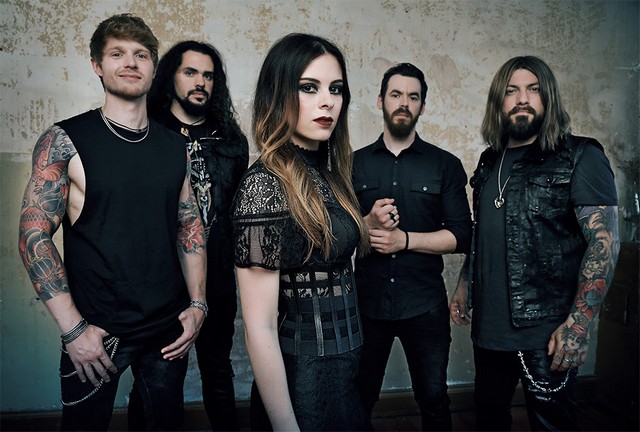 After the great success of 2018’s Heart Of The Hurricane, BEYOND THE BLACK deliver a special gift for their fans worldwide, by re-releasing Heart Of The Hurricane as Black Edition with 3 bonus tracks and a Best Of CD compromising the best songs from their previous two albums. The three bonus tracks are no leftovers from some old recording session – they are consequent beacons leading into the future and all that is to come for BEYOND THE BLACK.

The album is available as 2CD Digipack and Digital Album.

Already tomorrow, the first single and official video “Through the Mirror” will be released on the Napalm Records YouTube Channel.

Together with Heart Of The Hurricane / Black Edition, BEYOND THE BLACk’s first two albums Lost In Forever and Songs Of Love And Death will be physically released for the first time outside of Germany, Austria and Switzerland on June 7th (Europe) and June 28th (North America).