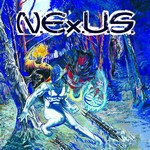 I have to revalue my opinion on music from Italy after great album Perceptions from Watershape from Italy. And few weeks after it, I have received another progressive rock album – debut called after band N.Ex.U.S. Expectations were enormous, so what was the result?

Little unusual whole record begin with double – intro Loading… and …the System. Mainly second show, that result could not be wrong. Great progressive rock, which return us some years ago, but with modern sound without any mistake. That means big amount of guitar melodicism and dominant keyboards. This instrument also begin song number 3 called Empathy, where we can hear also singer Tommy. And you can bet, that he made his job perfectly. Tommy work with his voice wisely, sensitively, and sometimes goes high…. But perfect job was also done by musicians with instruments- all of them made excellent performance. The biggest space is reserved for keyboards and guitar, which create many solos, but also some hard riffs. These hard parts then bring whole music for some moment into heavy metal.

And this is evidence of big diversity, and originality of instrumental side of record. Without double – intro, we can hear together 8 songs, and you will never get bored. Also you will know, that you listen to something new, specific, original, and genial. Great compositions, many changes of tempo, moods,….

Probably, I should take more care about music from Italy. The last weeks are pure evidence of fact, that many musician genius live there. And they could create overtime album. Like N.Ex.U.S. Pure masterpiece.