Home » Interviews in English » Alexx Stahl (Bonfire) – ,,With our new slightly heavier style we are more successful than the band was in the last decades…” 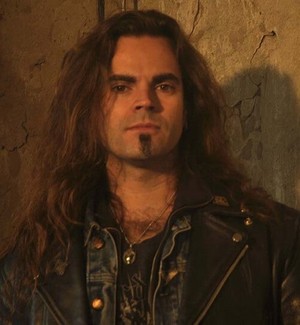 At the beginning of April German hard/heavy band Bonfire released the third album yet with the singer Alexx Sthal. They also shown new drummer on it. It’s the famous André Hilgers. Do you want to know other interesting facts such as about recording process of the new album or slit up with drummer Timm and others? Read this interview:

Hello Alexx. You have already released the third album Fistful of Fire with Bonfire. How do you feel?

Alexx: Hello. Well, beside the „Live on Holy Ground Wacken 2018“ and the double cover-album „Legends“ it´s the 5th Bonfire release since I joined the band in 2016 but it´s the 3rd regular studio album. 🙂

I´m feeling very pleased. We worked long and hard on this album and now, as the reviews come in, we got aware that we did everything right. It´s an amazing feedback. 😉

Did you participate on songwriting process? If yes, could you tell something more?

Alexx: No. I was not part of the songwriting process. When I stepped in the band Hans Ziller asked me for ideas for the upcoming album Byte The Bullet and I gave him some.

But to be honest my ideas were to far from the traditional Bonfire way of writing songs. We saw that these ideas did not fit to the style of the band at this time so I just concentrated on the vocal performance.

All of the lyrics are written by Ronnie Parkes because he is American and native speaker. None of us other band members could do that job better than him of course. This way of writing songs worked pretty well so we did not change anything till today.

The surprise for me was change of the drummer (Tim Breideband was replaced by famous André Hilgers). What was the reason?

Alexx: Tim is young and hungry and wanted to climb the next step in his career I think. So he joined Freedom Call when they were looking for a new drummer. During their tour he left Freedom Call for Gregorian. Sounds weird but that´s what happened.

When we started to look for a new drummer many asked for the job. But one of them impressed us more than others because he told us that he is a big fan of Bonfire since his childhood and that he could play every song without need for rehearsals.

This drummer was of course André Hilgers, well known from his former bands Rage, Axxis and some more.🙂 He played the first show with us exactly one year ago and he nailed it!

Could you tell something about upcoming gigs? (Nevertheless of corona crisis)

Alexx: Right now we’ve postponed our April tour to September. We hope that regulations allow us to play club shows then. We also hope that the venues survive until then. Same situation for summer festivals, some of them already cancelled, others wait for the developments. So we do…

Is there any chance to play in Slovakia again?

Alexx: Of course. We always try to play as many shows as possible in as many countries as possible. Of course, also in the great country Slovakia. 😉

Could you tell something about your common day?

Alexx: Normally, my day starts with getting up late in the morning, doing some business things on the internet, working in my house and on my cars, doing some voice practice and have a good time with my wife, family and friends. Tour life days are of course completely different but not different to tour life days of other bands…

Do you sometimes feel that you need a rest from music? How do you relax?

Alexx: To be honest, I never felt that I have to rest from music. I wanna be on stage as often as possible. Right now this is not possible and I really miss it. If I want to relax, the best way to is sitting in my garden, having good food and wine or cruising around in my classic car.

How were your musical beginnings? (Your first touch with music, first bands etc.)

Alexx: I was born in 1975 and started to listen to Heavy Metal in the very late 80’s. When I was 17 or 18 I started to learn electric guitar as I wanted to become a guitarist. I had two guitars and practiced almost every day. After a while I met a friend of a friend who has been a heavy metal guitarist.

This guy wanted to start a new heavy metal band and was looking for a singer. He asked me if I wanted to join his band as a singer. I told him that I cannot sing but try to learn guitar. So we made a deal.

My first amateur band was called Spellbound, other bands were Mystic Dawn, Seduction, Viron, Masters Of Disguise, Purple Rising, Beyond The Rainbow and Roxxcalibur. The last 3 mentioned bands are cover/tribute bands and from time to time I play with them beside Bonfire.

How was started your cooperation with Bonfire?

Alexx: I received a call in summer 2016. Bonfire was looking for a spare singer for the ongoing tour because David Reece was out. I saw that I could get some good promotion for me and my other bands there so I joined Bonfire for 16 shows. I had only 10 days to learn the whole live set but it worked.

After several shows Hans asked me if I want to be the new singer for the band as the fans liked my singing and we all felt very good band chemistry.

Well, that was not the goal when I stepped in for spare but of course I accepted that great offer. Since back then we played hundreds of shows and it´s a dream came true. 😉

Did you have any fear since Bonfire music was changed?

Alexx: No. With our new slightly heavier style we are more successful than the band was in the last decades (of course except the years in the very beginning before they kicked Hans Ziller).

One prophet question. How will world metal scene look like after corona crisis?

Alexx: To be honest, I have no idea. Nobody can have. But I´m a very optimistic character. Let´s wait and see…

Alexx: Thank you very much too. Slovakia watch out, Bonfire will come for you a soon as possible!