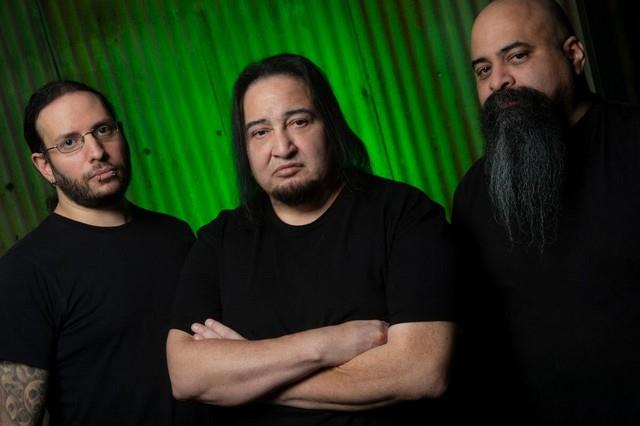 Industrial-tinged extreme metal pioneers, FEAR FACTORY are proud to announce their tenth studio album Aggression Continuum, will be released on June 18th via Nuclear Blast just in time for the band’s 30th anniversary. Today, FEAR FACTORY offers fans the first preview of the album with the music video for „Disruptor“.

Dino Cazares comments, „This record is one of my proudest achievements and I’m really excited for it to finally be released. There were a lot of personal struggles, sacrifices, and legal issues involved with this record which almost didn’t see the light of day, but through passion determination, lots of hard work and not giving up the fight, it’s finally ready for the world to hear. I felt that I needed to prove myself once again as I always try and make each record better than the last. Listen, and understand! This album is pissed! It can’t be bargained with. It can’t be reasoned with. It doesn’t feel pity, or remorse, or fear and it absolutely will not stop, ever, until you are hooked. You must fight to survive in the Aggression Continuum.“ 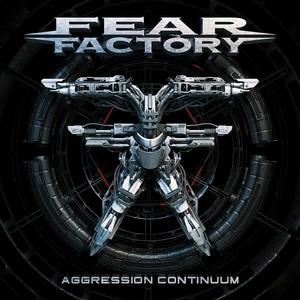 Like the liquid metal T-1000 in the Terminator franchise or the Academy-Award winning reboot of Mad Max, Aggression Continuum is a turning point where what “was” transforms into what will be. It’s FEAR FACTORY’s own Fury Road. 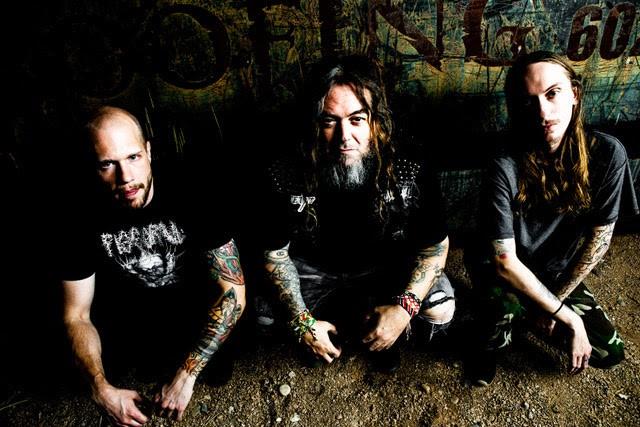 Arizona’s GO AHEAD AND DIE will release their self-titled debut album on June 11th via Nuclear Blast Records. GO AHEAD AND DIE is a raw, urgent, unrelenting, thrillingly shocking, and vibrant new band. Today the band releases the animated music video for the second single, „Toxic Freedom“. 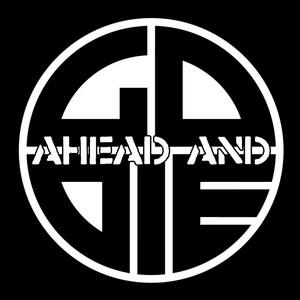 Max Cavalera comments, „‚Toxic Freedom‘ is about police corruption, police brutality, and police racism. It can be seen and felt all around the world. It is about authority killing minorities.“

Igor Amadeus states, “Our leaders abuse their power while thousands are imprisoned and more are murdered every day. ‚Toxic Freedom‘ is a protest for those that have suffered at the hands of wrongful police brutality.”

The self-titled debut sees Max and Igor splitting guitar and vocal duties, with utter madman style drumming from Zach Coleman of the blistering BLACK CURSE and critically-acclaimed KHEMMIS. It sounds like a relic from the glory days of thrash, proto-death metal, and filthy rotten punk, the kind of band that would inspire a teenaged thrasher in 1987 to carve the G.A.A.D. logo into a school desk. Napalm Records is beyond proud to join forces with Germany’s hottest and most explosive thrash metal engine, DESTRUCTION! The band has signed a worldwide record deal with the premier rock and metal label and is set to release new music later this year.

Since their debut EP, Sentence Of Death (1984), the German foursome with legendary founding members Marcel “Schmier” Schirmer on vocals/bass and Michael Sifringer on guitars, DESTRUCTION have turned heads and broken necks with their incredibly honest and uncompromising thrash metal power.

Starting as a trio and releasing an imposing amount of records in this constellation, for their latest energizing and most successful, chart-breaking output to date, Born To Perish (2019), these pioneering favorites transformed into a quartet to fuel the furious beast with highly energetic riffs and blasting drums even more!

United with insanely talented Randy Black (drums) and Damir Eskić (lead guitars), and teaming up with Napalm Records, DESTRUCTION will embark on the next heavy and always thrashing chapter of a yet impressive career. New exciting things to come very soon – stay tuned!

DESTRUCTION’s Schmier on the signing:
“Well, this decision was a long way coming! We are super excited to join the Napalm family, because I have been a fan of the label and their philosophy for a long time. I’ve followed their impressive history and great work for many years and have recommended Napalm Records to other bands and friends before. So now it was finally time for us to move on and be a part of their roster of fantastic artists. A strong and fresh partner for these crucial years of our career is an important step for us!

We were using the time well to prepare new releases for our faithful fans worldwide, more news about that very soon!”

Napalm Records A&R Sebastian Muench states:
“I am absolutely excited to work with such a legendary band as DESTRUCTION! I watched them play live in Frankfurt when I was 14 years old, and now working together as a team on new album releases is a dream come true! Welcome to the Napalm family!” 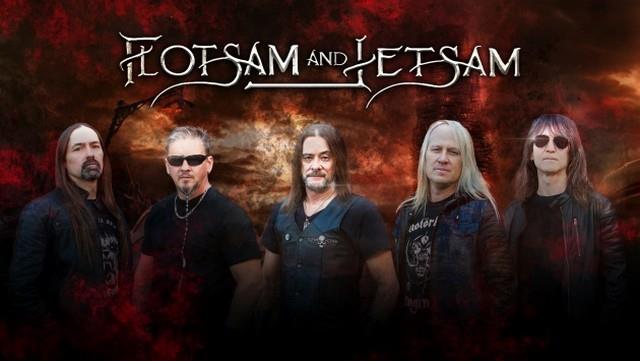 „Blood In The Water“ out on June 4 via AFM Records!

Arizona’s iconic thrashers FLOTSAM AND JETSAM have released a brand new song and video clip, taken from their forthcoming album, Blood In The Water, which will be out on June 4, 2021 via AFM Records!

FLOTSAM AND JETSAM belong to one of THE most distinctive and leading bands of their genre, influencing the heavy speed and thrash metal scene since decades. Following their crushing 2019- successor, The End Of Chaos, their new single „Burn The Sky“ proves this album will, too.

Featuring twelve brutal and powerful tracks that will rip your head off, the outstanding guitar work of Michael Gilbert and these killer vocals by Eric A.K. – without any doubt one of the best singers in metal – FLOTSAM AND JETSAM‚s Blood In The Water will see the band deliver one of their heaviest records to date!

But give ear, as FLOTSAM AND JETSAM have just released a first single and video for „Burn The Sky“. Says frontman Eric A.K.: „While we were in the process of selecting which songs we would use for the album’s videos, ‚Burn The Sky‘ was the only one that was on everyone’s lists consistently. This track has some guitar work by Mike and Steve that are second to none.“ 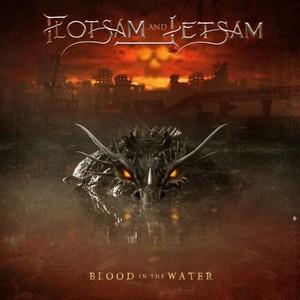 Watch the brand new clip for „Burn The Sky“ here:

„We really had a hell of a time figuring out which songs actually include in this album, because we don’t feel we have any fillers.“ Guitarist Michael Gilbert comments.

Evolving over the last albums to a much heavier sound of the band, he continues:„I don’t want anyone feeling we are getting fucking old. As long as we continue doing this, we are gonna bring it. Our sound changed through the years influenced by many factors, but what you are listening to now is who we are and will continue to be.“

Once again Blood In The Water was mixed and mastered by Jacob Hansen (U.D.O., VOLBEAT, AMARANTHE, POWERWOLF). The tracklist will read as follows: