Metal power is in the building: They’ve worked and toured with legendary bands like Powerwolf, Rage, Grave Digger, U.D.O. and many more. They have been delivering pure heavy metal for nearly 20 years now – if you search for true heavy metal in Germany, you will find the mighty MAJESTY!

Founded by Tarek „MS“ („Metal Son“) Maghary, MAJESTY has worked hard from day one. They recorded three Demos, played their first festivals and recorded their first full length album in 2002. Entitled „Sword & Sorcery“, this debut still reigns in every true metal heart today. Numerous albums, tours and festival shows followed and over the years MAJESTY has become one of the best-selling heavy metal bands in Europe and still grow daily.

Last year they made it to No. 16 with „Rebels“ on German album charts. Riding on the wave of their success the band is ready to take the next step and join the Napalm Records family. Singer and founding member Tarek Maghary comments on their future endeavors:

„We are happy, that we found a perfect partner with Napalm Records who fully shares the same passion and dedication for Heavy Metal than we do. I can already promise you, that we will strike back with a new album in 2019 which will blow everything else away. But for now, we will continue to finish our „Rebels“ tour 2018 and we would be very happy if you come along to party with us. Friends, we see you on the road!“ 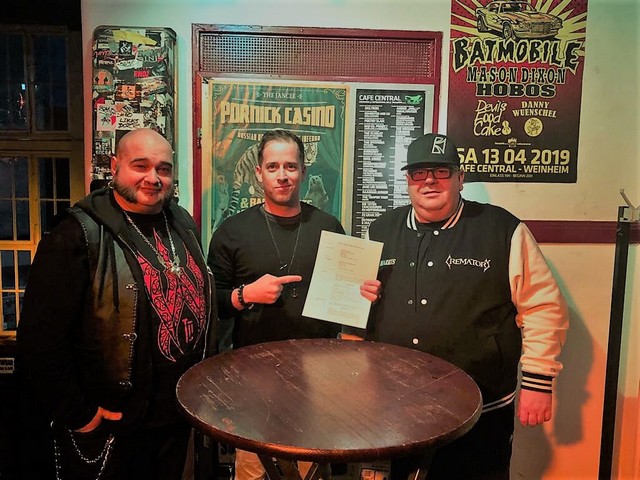