Home » Interviews in English » Klaus Dirks (Mob Rules) – ,,Don’t miss the Beast, whether on CD, LP or live on stage“ 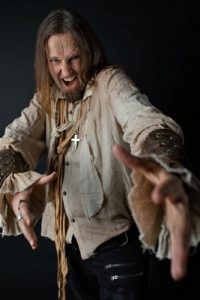 Mob Rules are clearly one of the most original German bands. You released ninth album Beast Reborn on the end of August. There also play new member – guitarist Sönke Janssen, and also there was some changes. If you wanna know more, let’s read new interview with singer Klaus Dirks.

Hello Klaus. Mob Rules will release new album Beast Reborn a few days. What we will hear on it?

Klaus Dirks: Hello! Well, we’ve let the album come out of our stomach even more than we did with ‚Tales from Beyond‘ and this time we didn’t make any conditions as it should be. It’s just the kind of music we like to listen to ourselves and that makes it all the more exciting as the fans react to it.

You released a few concept albums. Will be also Beast Reborn concept album? And if yes, could you tell something about its concept.

Klaus Dirks: There is no concept behind it, but the songs are about individual stories. War of Currents, for example, is about the struggle between direct current and alternating current that Edison and Tesla fought. So it’s worth reading the lyrics carefully to experience the stories!

In year 2013 your bassist Markus says for Czech webzine metalforever.info, that all members of your band make songs for albums. Is it still true?

Klaus Dirks: Most of the songs are written by Sven, although it is true that everyone has the right to contribute songs or parts of songs, too.

Has Sönke Janssen such as a new member of group some impact on a sound?

Klaus Dirks: Like I said everyone else in the band he takes part in the writing process so I think you could say that there is a certain impact, after all he played some of the solos on ‘Beast Reborn’.

Could you tell me about upcoming concerts?

Klaus Dirks: We will tour together with Brainstorm followed by some single shows until the end of this year. Also we would like to go on tour next year, but nothing specific is planned yet.

You have cooperated with Orden Ogan last year. Will you play some gigs with them also this year?

Klaus Dirks: We hopefully will meet them again on some occasions, but there a no gigs planned together this year.

On 2011 you had played some concerts on your American tour. Is there plan for something similar?

Klaus Dirks: We would love to play there again, and hopefully will soon. But there are no actual plans for the near future.

Will you plan some gigs in Slovakia? If I had correct info, you have never before play in our country.

Klaus Dirks: That is correct! We have nothing planned yet but maybe we will have the possibility to play there someday in the future! 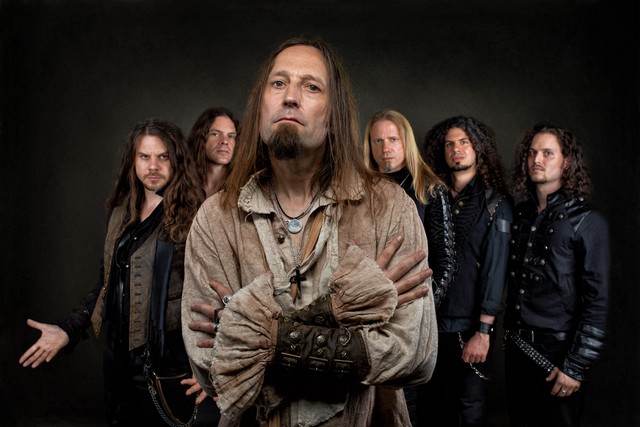 Could you tell something about civil life of members of Mob Rules (interests, hobbies).

Klaus Dirks: Besides the time we use for the band, everyone also has a regular job and hobbies. Too much to write it all down here, but one hobby I think we all have in common is going to concerts to see our favorite bands live 😉

Tell something about your music story – music beginnings, your previous bands, beginning in Mob Rules.

Klaus Dirks: When I was about 20 years old, there was a local band called ‘Crossroads’. They had a contract with EMI and their singer also was a vocal coach. So I took vocals lessons and after about a year he told me to become a singer in a real band. Next to his rehearsal place I knew some guys were looking for a singer and we started to complete some songs they were working on. In 1994 we played our first gig as ‘Mob Rules’ in Oldenburg. So no bands before Mob Rules!

Klaus Dirks: Thank you for the questions. And to the people out there reading this: don’t miss the Beast, whether on CD, LP or live on stage! We are looking forward to celebrate a great party with you!