Home » Interviews in English » Michael Ehré (The Unity, Primal Fear, Gamma Ray) – ,,It was quite a challenge to release three albums in that short period of time…” 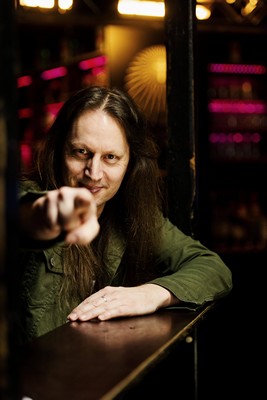 The Unity, band that was formed by Michal Erhe and Henjo Richter from Gamma Ray and performed many gigs with artists like Axel Rudi Pell, Edguy or Sinner, released their third album Pandora this year. Last year Michael became a member of Primal Fear. Do you want to know more details about preparing of Pandora, some more information about Primal Fear or Gamma Ray? Do you want to know how musicians spent these days? Let’s read this interview.

Hello Michael. After the successful gigs with artists like Axel Rudi Pell, Edguy, Sinner and two great albums you have released the third one – Pride. How do you feel about it?

Michael Ehré: Hello. It was quite a challenge to release three albums in that short period of time, especially with all the tours and shows in between. But that was our plan as we want to establish the band in the metal scene as soon as possible. Now that we get all the reviews we´re feeling really good as the fans and journalists really love the album.

As usual it will be mix of power metal and hard rock. But could you tell us something more about differences between Pride and your older albums?

Michael Ehré: It was our goal to extend our style. We wanted to avoid that we repeat ourselves, which was quite a challenge, too.

On the new album we have for example a song like “Scenery of Hate”, which is a real Heavy Metal-track along with “You Don´t Walk Alone”, a song that could also be written by Bryan Adams. We tried to extend the variety in our songwriting without losing our style.

Could you tell something about lyrics?

Michael Ehré: You know, we´re not a band that writes about Dragons, Swords or Castles. Don´t get me wrong: I love that but we know that this themes don´t fit into the “The Unity”-cosmos. Our lyrics deal with things that happen in real life, like climate change or the situation with all the radical dictators. Some of the things happened to us and some are fictional and some are based on the news from the TV.

I was surprised by the song Damn Nation. It sounds like something from the North (mix of Stratovarius and HammerFall).

Michael Ehré: This is what I mentioned before: we tried to extend our variety in terms of songwriting. Damn Nation is good example for this as we haven´t written a song like this before on the previous two albums. But the good thing is that you can still hear that you´re listening to a song from “The Unity”.

And your rock and roll piece Rusty Cadillac? I thought that it is the cover.

Michael Ehré: Hahaha… 🙂 All the people talk about this track! That is cool! I love the song. And to be honest: for me as a drummer this was the most challenging song on the record because of this shuffle-rhythm! And…it´s another perfect example of what I explained before.

Could you tell us something about tour to Pride?

Michael Ehré: The plan was to tour with Freedom Call but unfortunately because of the Corona-crisis we had to cancel the whole tour. We´re working on tours and shows at the moment but I can´t tell any details yet…hard times for everybody!

Do you plan return to Slovakia?

Michael Ehré: Absolutely! If you let us play we will be there!!! I promise! 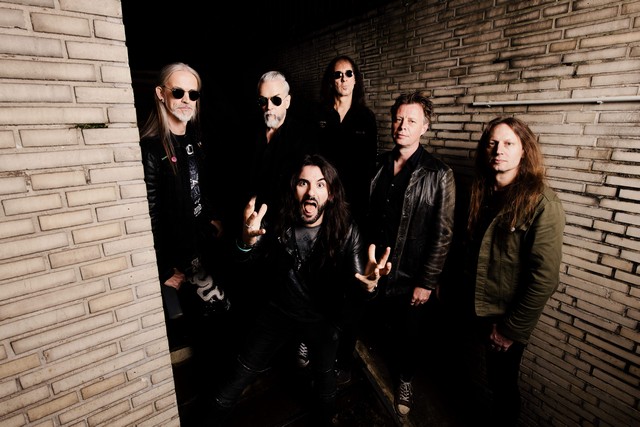 You have become a member of Primal Fear last year. Could you tell us something about it?

Michael Ehré: I was really happy about that! You all know about the situation with Gamma Ray, so I´m really thankful that Mat Sinner called me asked if I´m interested in joining Primal Fear. We have already recorded a brand new album and will play a lot of shows this year…hopefully…let´s see how things develop…

Could you tell us something about your upcoming album?

Michael Ehré: All the fans can really look forward to this album! It´s a typical Primal Fear album with all the trademarks that the fans love! I had so much fun recording the drums last year and I can´t wait for the reactions of the fans.

And what could you tell to upcoming gigs with Primal Fear?

Michael Ehré: In May/June we will be on tour with Symphony X and Firewind in the USA and Canada, followed by some festivals in summer. In September/October we will tour in Europe with Freedom Call. Let´s keep the finger crossed that everything will take place… 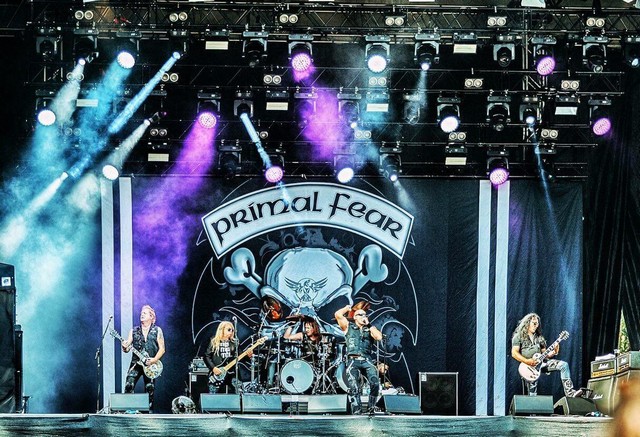 As I did in our previous interviews, so I ask you about Gamma Ray now. Have you got some news? Concerts, upcoming album etc?

Michael Ehré: To be honest: no. I don´t have any news. Kai is still busy with Helloween so nothing really happens…

You are member of The Unity, Primal Fear and Gamma Ray. Will it be manageable for you to perform with all of these projects?

Michael Ehré: As I said there´s nothing happening with Gamma Ray and no one knows when the band will start again…no idea…so there´s The Unity and Primal Fear left. I´m pretty sure that I can handle and manage both bands – shouldn´t be a problem.

Do you sometimes feel that you need a rest from music? How do you relax?

Michael Ehré: Right now I´m more or less forced to do nothing because of the weird situation at the moment. The last months have been really hard for me as I was extremely busy so now I´m enjoying the relax. But I really hope that this nightmare is over as soon as possible because it can get really critical.

What do you do to keep yourself fit?

Michael Ehré: I´m running and I´m going to the gym. Some people say that playing drums is sport enough but I need to do more as a kind of “compensation” to the drumming. I love to sweat 🙂

You are active musician for a long time. If you look back to the past, are there any things which you would rather change?

Michael Ehré: No, to be honest not. When I look back I must say that the things developed in a good way for me. Sure I did mistakes but I learned, what makes you even stronger. So everything has a meaning.

What can you advise to musicians – beginners?

Michael Ehré: Puh…be prepared that you have to work more than others. Being a musician is a 24/7 job! And: if you want to get rich: look for another job, hahaha 😀

Michael Ehré: Please be aware of the situation! Take it seriously but stay calm! I wish you all the best! Stay healthy!