Home » Interviews in English » Fernando Ribeiro (Moonspell) – ,,The idea behind it was also to cater for the big Moonspell community around the world.” 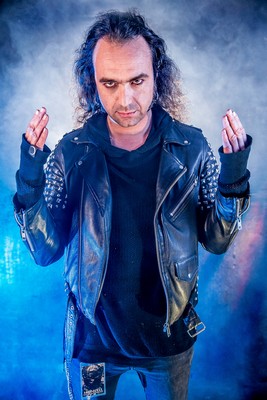 Moonspell from Portugiese this year didn´t sleep. They are making new record and also re-released classical piece The Butterfly Effect (original released 1999). They had to also found new drummer. Miguel Caspar was replaced by Hugo Ribeiro. Did you know something more? Let´s read this interview with Fernando Ribeiro.

Hello Fernando. The Butterfly Effect, which was released in 1999, was re-released on 7. august. Why did you chose for this re-edition?

Fernando Ribeiro: Hello there. As a matter of fact we are re-releasing most of our back catalogue, chronologically. Last year was Sin/Pecado and now The Butterfly Effect.

There are many reasons behind it, yet the main one being that we have formed a small label here in Portugal called Alma Mater Records.

The idea behind it was also to cater for the big Moonspell community around the world. A lot of them, especially newer fans, couldn’t get hold of original recordings and records.

We found out they were sold out or out of print so we decided in collaboration with Century Media to make them available again, more collectable, full of extras and 2020 ready.

Does it bring something special (bonus songs, or new artwork)?

Fernando Ribeiro: The reedition is being loved by the fans. A lot of care and love was put into it and I make sure it’s me (and not an external person) that gathers all the pieces to make it better and more value for your money.

The Butterfly Effect came out with a totally renewed artwork and cover, more powerful, less minimalistic. Also, the LP edition is great, with two bonus remixes on a 7” single and even the CD was acomprehensive booklet, including an edit of our official biography (Wolves who were men) that tells the story behind this album in particular.

Do you remember recording of original?

Fernando Ribeiro: How could I forget? 🙂 Crazy times. We did it in London and all the feeling of it was highly experimental and carefree. That contributed to a somewhat different sound and vibe that took many fans by surprise.

It was produced by Andy Reilly and there are many cool episodes on that session from experiencing with a DreamMachine to playing piano with my buttocks. 😀 Everything is on tape.

Would you change anything if you could?

Fernando Ribeiro: Not really. It’s true that sometimes a band is not at its best when recording but I guess that wasn’t a problem with this particular album. Obviously, I would love to listen to it mixed by Trent Reznor, Rhys Fulber or Justin Broderick, someone more in tune with the electronic heavy scene but one day, who knows. Now, I think it’s quite alright and stood the test of time.

Do you plan a tour to promote the album?

Fernando Ribeiro: No, but we will for sure play some The Butterfly Effect songs when we can play live again. 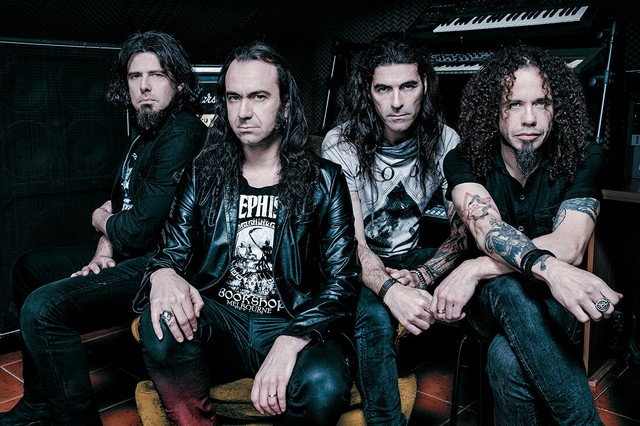 As you published. You are making new album H. Could you tell something more?

Fernando Ribeiro: We are still halfway through making it yet I believe this will be a surprise for many fans. It will be a very mature and musical album, done with time and care. Jaime Gomez Arelliano (Paradise Lost, Ghost, Ulver) will be producing it and we are going on studio in October in the UK.

The album will be out in February 2021, if all goes right, and the title starts with the letter H. 🙂

Your last album 1755 was in Portuguese. How would it be this time?

Fernando Ribeiro: In English. 1755 was an album that “had” to be in Portuguese as it focused on Portuguese History, on the great Lisbon disaster but the new album is more “open” and it will be entirely sung in English.

You have also published your split-up with a drummer Miguel Gaspar. Because you stated, that reasons will remain in between the parts involved, I will not ask about it. But I would ask you – how you will start cooperation with Hugo Ribeiro?

Fernando Ribeiro: Thank you. It was a mutual decision, we thank Mike for all these years and wish him luck for his future endeavors as a drummer. But now it’s time to move on and we all believe in Moonspell that Hugo will bring our sound something truly special to Moonspell. Our fans are being very welcoming, they know we got ourselves a superb drummer.

Had you been thinking also about other people?

Fernando Ribeiro: I wasn’t personally involved in this decision. Pedro is the band’s “boss” when it come to musical decisions, him and Ricardo are really consummated musicians and they always made all the right decisions regarding musical and band directions. I am sure they must have thought about other people but Pedro had Hugo on his radar and I think we choose wisely.

How you spend the corona-times?

Fernando Ribeiro: It depends. I always left home, never been inside for more than two days in a row as I was the one who went grocery shopping for my family.

I called my friend, a doctor to learn about the measures I should take and tried to avoid all the opinions and theories around because they are really absurd and hurtful.

I read a lot, cooked a lot, spend time with my family, helped my kid with home school, and took the chance to stop for a while.

Also I wrote most of the lyrics for the new album, worked on my first novel which will come out next year too and listened to some music, cleaned up my kid’s room, my home office and worked a lot in my label Alma Mater Records.

And what about portuguese metal scene (bands, clubs) during the crisis. Have you got some help from the government?

Fernando Ribeiro: Well it pretty much stopped as far as gigs are concerned but the bands still believe and love what they do so things went on. We had some amazing records coming out like Ironsword Servants of Steel which I had the absolute pleasure of releasing via Alma Mater Records, or Gaerea’s Limbo via Season of Mist, the new Portugal’s black metal shooting stars.

Ok, thanks for your interview. And I would to ask you for some message for our readers.

Fernando Ribeiro: I wish everyone health and luck and look forward to meet you again on stage! Stay tuned for more news about Moonspell’s new album and activities and feel free to follow us on social networks or our official site Moonspell.com thanks for the interview, cheers from Portugal!

Thanks for the Juraj Ondrejmiška for cooperation 🙂