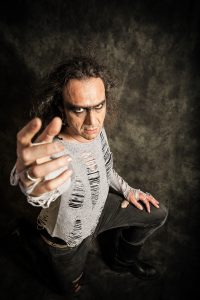 Portuguese dark metalists Moonspell made something special this year. They released conceptual album  1755. Theme of it is about horrible earthquake, which destroyed Lisbon in that year. For bigger authenticity whole lyrics are in Portuguese. They also go on tour with Cradle of Filth. Let’s read interview with Fernando Ribeiro:

Moonspell has released new, and conceptual album called 1755 this November. What was the main impulse to create conceptual CD?

Fernando Ribeiro: History. Our long and eventful history and the way it still plays with our contemporarily  world and with our collective mind and culture.

Next interesting fact about 1755 is also theme- terrible earthquake, which take almost 100 000 lives in Lisbon (1755). Why right this part of Portugal history?

Fernando Ribeiro: The 1st of November of 1755 was the very day that the destruction of Lisbon allowed Portugal to catch up with Europe, in terms of a more fair society and a less oppressing religion.

This day was like if Portugal was grabbed violently by the quake, fires and tsunamis. It thrown out of the Middle Ages and placed finally on the late 18th century. Rough but fascinating.

We all learn this history of death and rebirth on the classrooms of the country. For me it always struck me as a great concept.

I confessed I waited for a few years but it seems that now, especially in a Portugal that was punished by violent fires and bad political decisions. Everything around us brought this album together.

The earthquake is ultra symbolic, but the true story is nothing but Lisbon falling down and rising from the ashes through hope, effort, true faith that was once wasted in fearing God. The death count is debatable but yes it was a huge tragedy.

All lyrics are in Portuguese, apparently way hot to gain bigger authenticity…

Fernando Ribeiro: The use of Portuguese was an immediate choice. We didn’t overthink too much.

It was obvious for us that the lyrics in Portuguese would be more genuine to the concept and that the expression, would gain and as we consider 1755 to be more of an experience, like taking the listener though the tick and thin of that day, and Portuguese would serve better the story.

What was process of creation of it?

Fernando Ribeiro: Moonspell likes to write new stuff and throughout the years we have developed a creative process to involve all the band, 1755 was not different. it all started on pen and paper, ideas, loose vocals tracks and riffs and bit by bit we went and introduced the elements needed to tell this story.

We worked on it for one and a half year and had two recording sessions with Tue Madsen and a very long pre-production with our orchestrator Jon Phipps. He had a major role on the final outcome I mist say.

Personally, I was impressed by genial instrumental side of the album with big amount of orchestral and traditional elements. Who is the main author of the music, and who is behind orchestral parts?

Fernando Ribeiro: As far as the orchestral part goes Jon Phipps has a rare talent and I believe as far as virtual orchestration goes, he raised the bar with our album. He is very intuitive and enthusiastic and incredibly complete.

I believe having him working with us for longer has been essential to get the cool balance we have with the metal part.

That was our goal, not to drown the music in strings and trumpets but to reach a fine tuning between all parts. I guess Moonspell experience as a band and especially good taste in choosing the parts were the key.

The music is written mainly by Pedro and Ricardo. But Aires had a leading role on this album as well delivering many compositions himself. But all in all is only complete when the 5 of us rock to it on a rehearsal that’s like the warranty seal for us.

Is it possible, that you will make another conceptual album in the future, eventually about some part of history of Portugal?

Fernando Ribeiro: Why not? I believe that this can be more than a one off or a closed chapter for us.

Like I said, Portuguese history is long and eventful. We can have maybe had an album about how Spain could never take Portugal under her wing and how impossible was for us to be a country with such a big nation as neighbors.

Joking aside there’s lot to talk about, really. 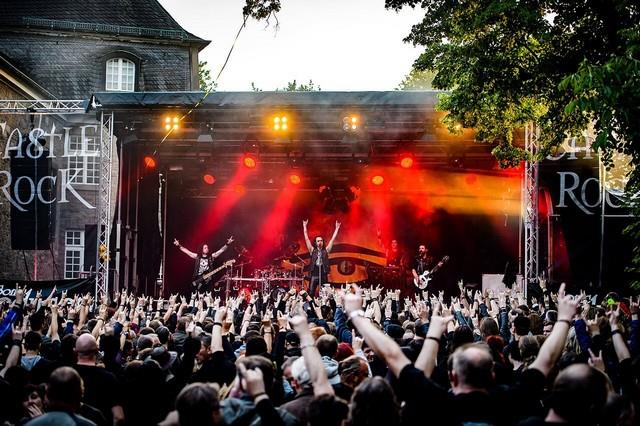 Tour with Cradle of Filth

You will play two tour- first such as a headliner around Spain, and second across the Europe together with Cradle of Filth. What was the first idea to put together two legends of music?

Fernando Ribeiro: The first headliner tour is done. Most of the fans decided to stay home, it was a shame because we had a great scenic show, a beautiful set and great support bands like bizarre locomotive from Portugal.

With Cradle we’re going to be back of course, play for less time but will give our best as awakes to those who will bother to show up earlier.

Will be stories of 1755 turn into some special show during your concerts?

Fernando Ribeiro: Yes! All the stage design is meant to be like a stage sized ruined Lisbon and all the mise-en-scene is meant to evoke apocalyptic sting feelings. We will play a lot of the album during the tour as to invite people to the Lisbon of 1755

Moonspell exist for some years. How do you remember back to your beginnings?

Fernando Ribeiro: Very well, actually we just have a biography about the band 25th anniversary and a celebrative DVD to be coming out next year so it’s fresh in our memories. Those were good and bad times but mostly they make me smile so all was groovy at the end.

What is your the most favorite era of Moonspell?

Could you describe metal scene in Portugal?

Fernando Ribeiro: Talented yet hard to get together thus lacking respect from their peers.

Bizarra Locomotiva it’s my fave band from Portugal but also i can mention stuff like Quartet of Woah, Ironsword, FNI, Prosess of Guilt, Sinistro…  we have many bands operating on extreme music too bad our scene is still not string enough to compete.

Ok, that was the last question. Thank you for the interview, and if you have a message for the fans now is the opportunity to share it :).

Fernando Ribeiro: No problem. Thanks for the interview and your support. See you on the road.