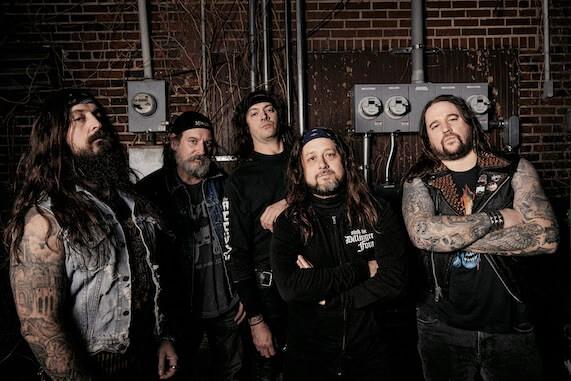 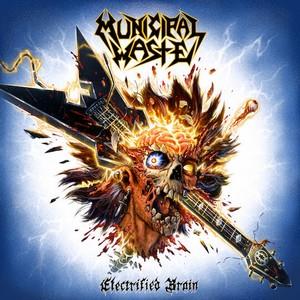 And don’t think they’ve slowed down in the years since. “We’re not writing any love ballads to sell records,” affirms vocalist Tony Foresta. “We’re just doing what we’ve always done since the band started—and that’s try to write loud, fast, and ripping hardcorepunkmetal. We hope you walk away with some bloody ears, blown speakers, pissed off parents, black eyes, and a healthy distrust of authority.”

“It’s in the vein of songs like ‘Headbanger Face Rip’ and ‘Wave of Death’,” Tony notes. “It’s an inspirational song for our fans to cause bodily harm to themselves, but in a loud and healthy way, of course.”

The guys have sold out countless shows on multiple continents and piled up tens of millions of streams in the process. 2017’s „Slime  and Punishment“ bowed in the Top 3 of the Billboard Heatseekers Albums Chart, and „The Last Rager“ EP only accelerated their momentum in 2019.

Municipal Waste maintain course as vicious and vital as ever on 2022’s Electrified Brain [Nuclear Blast] as heard on tracks like „Grave Dive,“ „High Speed Steel“ and „Crank The Heat.“ Recorded during the pandemic in Philadelphia with producer Arthur Rizk [Power Trip, Code Orange], the sessions would be the first time the band reunited in person after a year. Together, they achieved “a thicker and heavier sound.”

In the end, „Electrified Brain“ will give you everything you’d want from a Municipal Waste record or heavy metal record, period. “We hope you walk away with some bloody ears, blown speakers, pissed off parents, black eyes, and a healthy distrust of authority,” says Tony. 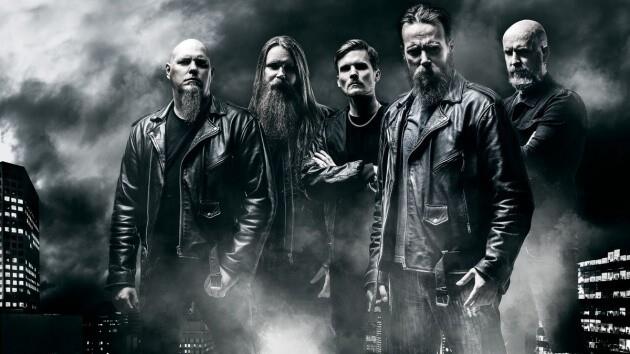 On June 3rd, Swedish thrash metallers DEFIATORY will release their highly anticipated new full-length record „Apokalyps“ on Black Lion Records. In support of the upcoming album, the band has released a lyric video for the track „Into the Unknown“ today. 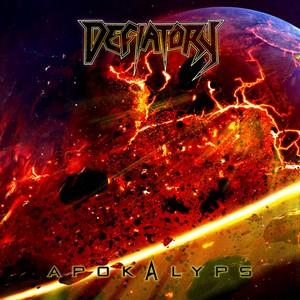 „Apokalyps„, the third installment by the band from Umeå, evolves from their previous two releases, adding a more sinister atmosphere, harsh melodies and ruthless tempo, as they explore the coming of the ultimate end of the world. So brace yourselves as the Swedish quartet takes you on a journey through an ever changing landscape of war, destruction and invasion from beyond the veil.

The album was produced and recorded by DEFIATORY, mixed by Patrik Wall and mastered by Erik Lindberg at Ekens Ljudkross. „Apokalyps“ will be released via Black Lion Records on CD//Digital, with vinyl and tape to follow sometime in late fall and early winter

Finnish Fantasy Metal Force BATTLELORE Presents First Single from New Album, „The Return Of The Shadow“ – Their First Record in Over 10 Years! 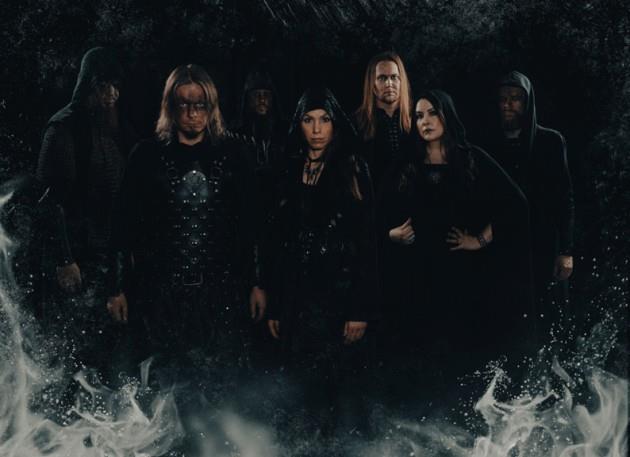 The time has come to wield your sword and charge back to the battlefield! Following their last studio album, Doombound (2011), and extensive touring, Finnish heavy metal force BATTLELORE took a creative break. On June 3, 2022, the long, lingering 10-year sleep of the collective will finally end with the release of their much awaited, seventh record, entitled The Return Of The Shadow, via Napalm Records!

„It wasn’t intentional, time just passed, and we didn’t want to push things to happen, because we knew that the new album would come when the stars are aligned and the time is right,” vocalist Tomi Mykkänen reveals. „This is our “comeback” album and we are ready to be back!“

This day, they have finally shared a first track taken from The Return Of The Shadow!

On „Firekeeper“, the Lappeenranta-based fantasy metal warriors showcase their exceptional songwriting skills, diving deep into dark facets of symphonic yet heavy metal realms. The vocal duets of Tomi Mykkänen’s power and the fairylike voice of Kaisa Jouhki merge with otherworldly guitars on this epic metal hymn!

„In the beginning there was nothing but silence. Then came the Creator called Ilúvatar and began a song which gave a birth to a world called Arda, and in the heart of it he set a flame, The Secret Fire. The One, All Father, Firekeeper of the World!“

The Return Of The Shadow was recorded by Janne Saksa at the Sound Supreme Studios, Finland, and was mixed and mastered by Dan Swanö at Unisound Studios. As a special gift to fans, the album will also include a bonus EP, entitled Lost Lands, that features three songs written around the beginning of the band’s hiatus that, soundwise, are different from the tracks on the main album.

„This bonus EP is something we wanted to record and release alongside the actual album, to clear the table and continue our musical career without any unpublished material haunting us from the past.“ Tomi explains. „The songs of the EP are from the beginning of our 10-year hiatus, so the compositions and the overall atmosphere differ from The Return Of The Shadow. Therefore, we felt that these hymns from the old days deserved their own release.“

As the first single proves, the energy BATTLELORE showcases on The Return Of The Shadow – their first full-length album in more than 10 years – is immediately evident, making this record one of their strongest, heaviest and best works to date. Thankfully it’s not just their shadows, but the return of one of the most thrilling acts in heavy fantasy metal – welcome back, BATTLELORE!

The Return Of The Shadow will be out on June 3, 2022 through Napalm Records, 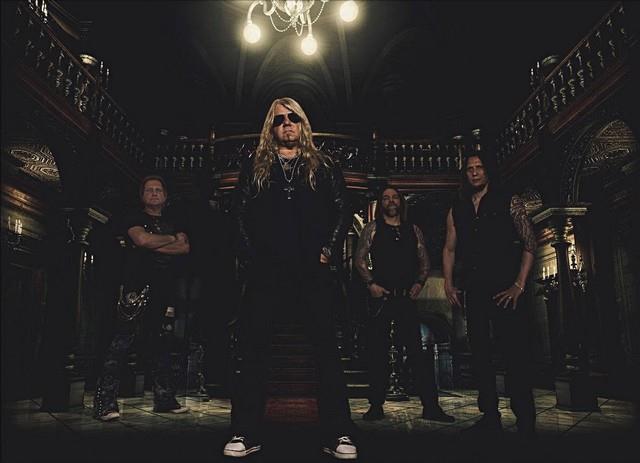 Vocalist/bassist Mat Sinner comments, „We’re enormously happy to be a new member of the Atomic Fire Records family and to work with many great ex-colleagues. »Brotherhood« simply is such a strong album that we need their motivated and loyal team to make it a big success.“

„We’ve been connected and good friends with Mat Sinner and his band mates for a long time. To welcome SINNER at Atomic Fire Records is nothing but a matter of the heart for us because – like PRIMAL FEAR – they’re a very important part of our past but now also of our present and future again; and we’re even prouder and happier about their monstrous new album that was crafted in brilliant teamwork by Mat (mostly) alongside Tom Naumann. »Brotherhood« is a heavy, straight and hard-hitting opus, graced with an impressive amount of guests and friends. The album title says it all – it’s definitely another masterful addition to the already long listing of great SINNER records.“

More information on SINNER‚s upcoming record as well as a taster in the form of the first digital single and pre-order details will be presented soon. 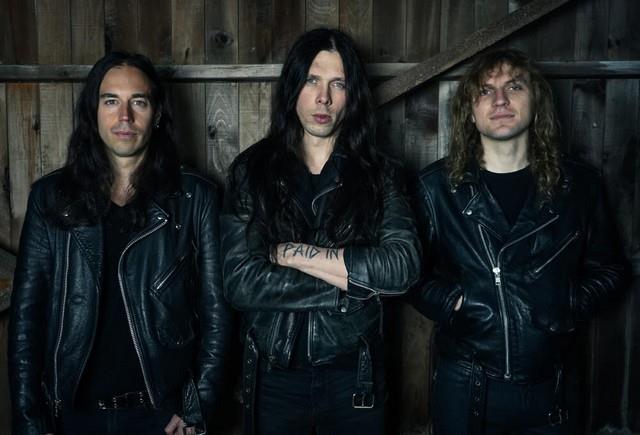 Toronto based heavy metal high-flyers SKULL FIST are giving you with “For The Last Time” another glimpse on what to expect on their new record „Paid In Full“, which will be released on April 22, 2022 via Atomic Fire Records.

Zach Schottler comments: „We filmed this video in -20 C weather in my shed, for your sake I hope you are nowhere near as cold as we were when we did this. This song was actually written more recently than the other ones I think and I’m happy it’s tombstone has finally been erected.“

„Paid In Full“ is available for pre-sale in the following formats: 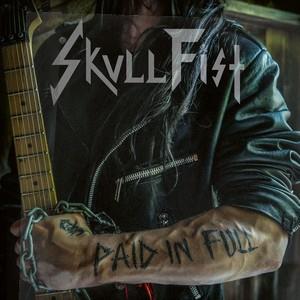 Check out the music video for “For The Last Time” here:

The FIST is the law! Since their steely inception back in 2006, dungeon keeper Zach Schottler and his shredding band of reckless companions have released three classic heavy metal almanacs, have eaten more dust than is good for their health, have endured various hardships (henceforth called shitty business partners) and countless beers at countless bars in countless cities.

But now, after 15 years of metal and mayhem, Zach Schottler is coming into his own with the proverbially titled »Paid In Full«, a heavy metal wonder of the defiant middle finger variant. With heads held high, empty pockets and enough gas to make the next show, SKULL FIST have just won 2022. Don’t mess with the FIST.