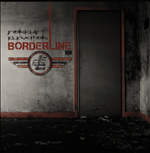 If someone have ever read my reviews, than he know, that i have had some ,,prejudices“ to canadian music. But it was a huge mistake. And in some way, i don´t really know a lot of about music from Apennine peninsula, exccept Eros. Histoy and Three days grace  have taught me, that prejudices are really wrong, and sometimes there is no reason to be afraid of new things. This humanistic ideas spread me, while a i have listened to Italian metal band Forklift elevator. This band has begun their career in 2009 such as cover project, and as time has passed by, they changed some positions and started to write their own songs.

Borderline is their debut, from 2015, contain Intro. And of course, 10 another songs. First, Misery, one of the fastest, show us, how portion of music wait for us. Personally, i say that it is somewhere between hardrock/heavy metal+ mild influence of other subgenres. In second thing, Blackout (same name such as  Linkin park, Scorpions but original), we get more heavier, lie in The Skin. Introduction is good, but i think that it is weakest part. We turn down, in little balad  Overload, with nice composition calm

start-> wild end. Damn bug is right choice for concerts, with catchy chorus, Struggle of life is my love numero uno, especially soul  gloom is perfect. Arey is the longest- 7 minutes, and it is another slow work. And really good. The fog is hypnotic thanks to Enrico´s vocal. Cathedral and Dream reaper, pieces which don’t ashamed, but also it is not for Nobel prize- average.

Instrumental part- everyone can see, that group is affected by a lot of genres and subgenres. Nearly everything stands on guitars. Every anti fans of electronic and others by way of ambient features. This is really portion of heavy music enriched with solos. Except some songs time is by 4 minutes, so I think that it is chance for some great ideas, but unfortunately, sometimes  it is not used….

Lyrics. Answer is terrible cliché, but there are from whole life. All of them are in English language.

And the last, vocals, I have no objection.