Home » Interviews in English » Juuso Raatikainen (Hedonihil, Swallow the Sun) – ,,I would work on this album on days on which I felt the worst“

If you like Swallow the Sun, you have to know that vocalist Mikko, guitarist Juho and drummer Juuso created new band Hedonihil. They released debut album I. 12. April. Nevertheless Swallow the Sun are concerted in USA now, Juuso answered few questions

Band Hedonihil consist of musicians, who are also members of Swallow the Sun. What was the main impulse to create this band?

Juuso Raatikainen Very cliche answer for this. I felt I needed an outlet for all frustration, stress and anger. I’ve always had this death/black metal side to me. This kinda noise comes out naturally. I knew Mikko and Juho could be interested in participating and fortunitely they agreed. 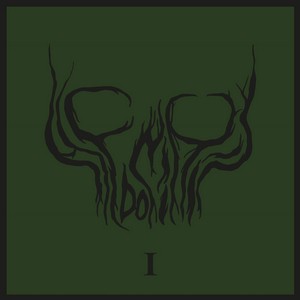 Hedonihil release new album called I. What was the process of creation of it?

Juuso Raatikainen Some of the riffs are very old, but I guess I started demoing already in 2015 or something. I would work on this album on days on which I felt the worst. Just had this obsession of releasing this kind of project at some point. Hedonihil is definitely therapeutic if something. No filters, just let all the shit come out.

All songs were composed for Hedonihil, or we can found on the album also some songs, which „don´t fit“ for Swallow the Sun and were composed earlier?

Juuso Raatikainen No, Hedonihil has nothing  to do with Swallow the Sun. It’s a complete different thing. Different writer, different concept.

Has title I some special meaning behind?

Juuso Raatikainen Yeah, there is a certain amount of satisfaction in suffering and dwelling in your own misery. I’ve always recognized this ugly feature in myself, so I thought why not do art based on it. Just be as self-centered whining asshole as possible. I thought that combination of nihilism and hedonism would describe it well.

What are the main ideas behind the lyrics?

Juuso Raatikainen On this debut album they are very much based on human thought patterns and behaviour. Ego, hedonism, false beliefs, pessimism, conspiracy..I lot of my own daily thoughts. And stuff which I felt I want to deal with some way. Push it out like a turd.

Juuso Raatikainen Never say never, maybe some day. Not a priority. We will play gigs if it feels suitable.

Juuso Raatikainen Sure, with certain amount of money anywhere.

Wouldn´t it be hard to combine time for Hedonihil and Swallow the Sun?

Juuso Raatikainen Swallow the Sun is well established band and is obviously the priority. I think it’s clear which one determines the schedules.

At the beginning of this year, Swallow the Sun has released new album When a Shadow Is Forced into the Light. What are the feedbacks?

Juuso Raatikainen Most of it has been positive, I think. I don’t really pay attention to it too much. I think if you make honest art straight from the gut, feedbacks don’t really have a role. For many ppl StS will always be too slow and gay anyway, haha.

Could you tell us something about metal scene in your country- for world known band and also from side of a new band?

Juuso Raatikainen Hmm, well metal was very popular 10-15 years ago and some of the bands have their reputation based on that era. I mean, it’s still very popular, but young people are more into hip-hop etc, and thats fine. Everybody can choose whatever they please.

I’m fortunate to be in StS and get to tour the world, even I would make a lot more money at a steady job. As a new band it depends on your goals. If the goal is to be next HIM or Nightwish, you’ll be likely to fail. If you make music for yourself and maybe small amount of freaks like it, that’s success enough for Hedonihil.

So, that was the last question. Thank you so much for your answers, and you can share some message with fans now.