„A cocktail of modern prog metal, ‚Macro‘ is the album where Jinjer show us what the future of heaviness sounds like.” – Loudwire

Ukrainian modern metal frontrunners JINJER have returned with a vengeance! Today, JINJER turns heads with a new music video for the gut-punching anthem “On The Top”. Never failing to deliver an unforgettable hook, “On The Top” slinks along a punishing groove before soaring into melodic passages – just another example of what listeners can expect to be met with on the band’s upcoming full-length album, Macro, out October 25, 2019 via Napalm Records.
“While one is climbing, the rest is falling down in the name of profit –
Is it lonely on the top?”

JINJER says about “On The Top”:
“Have you ever felt like a rat in a rat race? It seems like the world is spinning faster and faster every single day and everyone is going crazy searching for this thing called success. However, we tend to forget that real happiness has nothing to do with it- not a career, achievements, money etc. Is it really worth climbing up the ladder just to be ON to the TOP if there is nothing or no one there for you in the end? It’s OK to want to be the best you can possibly be but just remember that success has its price but it’s up to you to decide how much you are willing to pay for it. It’s your choice to make but your burden to bare …” 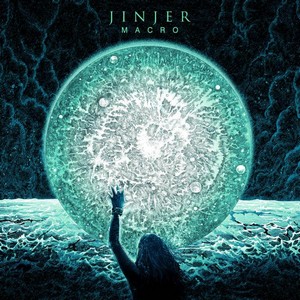 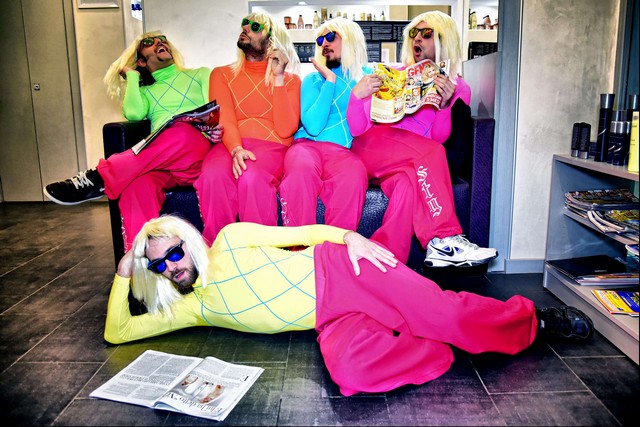 NANOWAR OF STEEL, international masters of parody-metal, have pushed it to the next level and signed a worldwide contract with Napalm Records.

Humor in metal is a rarity, but NANOWAR OF STEEL impressively boost its existence by mixing contrasting musical styles like ska and true metal, crafting a genre-fluid fun formation. The band was formed in 2003 in Rome (IT) and has been dedicated to tongue-in-cheek metal ever since.

The band’s unique sense of humor is rooted somewhere between the Italian sun and the darkness of the Norwegian winter. Their latest release, “Norwegian Reggaeton”, combines all well-known clichés of both cultures, creating a new, unprecedented offering.
After four full length studio albums, the band is now ready to take the next step on the Stairway to Valhalla. Beware: NANOWAR OF STEEL take “parody very seriously”!

NANOWAR OF STEEL on the signing:
“We are proud to show the world that we are not just a bunch of uneducated clowns, but a bunch of uneducated clowns with writing and reading skills, as the reading and signing of an actual music contract shows.
For the first time in our 15-year career, this record deal will allow us to show the world that our idiocy truly has no boundaries. Thanks, Napalm, for believing in us and in our special brand of genre-fluid metal!“

“Norwegian Reggaeton” finally available on Vinyl!
With their latest release, “Norwegian Reggaeton”, NANOWAR OF STEEL have created the first metaltón (metal + reggaeton) song in the history of summer hits.
After the digital release in July, a limited 7” single, which contains the songs „Norwegian Reggaeton“ and „Bestie di Seitan“, will be released on November 22.

During their performance at Rock in Rio Festival last Friday, Brazil’s metal icons SEPULTURA unveiled the first details of their upcoming studio album, and now want to make it official for their worldwide fanbase; the band’s next full-length release will be a thrilling concept album titled »Quadra«, scheduled to see the light of day in early 2020 through Nuclear Blast Records. 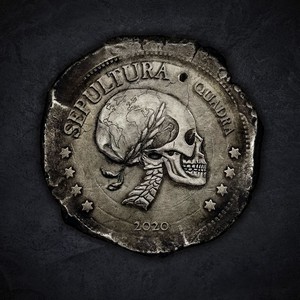 After relentless touring for their previous opus »Machine Messiah«, released in 2017, the Latin American quartet returned to the legendary Fascination Street Studios to once again work with producer Jens Bogren. »Quadra« saw the band pushing their own mental and physical boundaries and has been one of their hardest albums to complete, as singer Derrick Green explains:
„The experience was like no other time in the studio. I felt the preparation was key in making the recording process go as smooth as possible. We were relentless each day giving everything that we had until complete exhaustion of the mind, body, and soul. This album is a direct result of the sign of times.
The music is an evolution needed to push ourselves to go further than we ever have.“

Today, the band also unveils the cover of this 15th studio piece, created by Christiano Menezes for Darkside Books. Revolving around the meaning of the number 4, the concept goes much deeper and the band’s mastermind Andreas Kisser explains the idea behind the depicted coin:
„Quadra, among other meanings, is the Portuguese word for „sport court“ that by definition is a „limited area of ​​land, with regulatory demarcations, where according to a set of rules the game takes place.

Money, we are enslaved by this concept. Who’s poor and who’s rich, that’s how we measure people and material goods. Regardless of your Quadra you need money to survive, the prime rule to play this game called life. Hence the coin.

The coin is forged with the senator skull, who represents the set of rules and laws we live by; the world map on his head delimiting the borders of all nations, imaginary lines separating people by concepts of race and the sacred.“

The release date, pre-order and first single will soon be revealed, so stay tuned for further details. 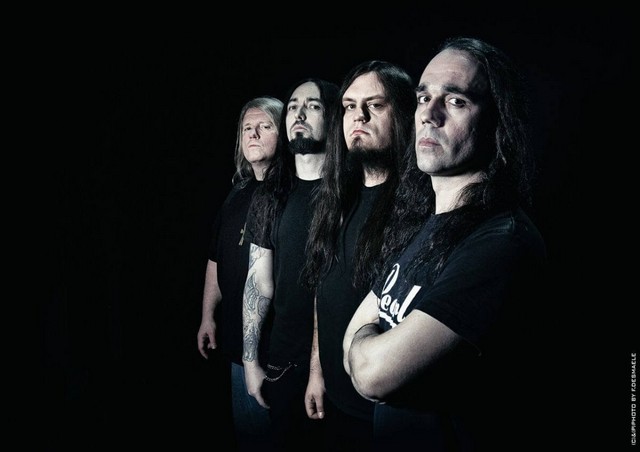 Karl Sanders comments, „‚Vile Nilotic Rites‘ was a depraved yet fun song to write and record. Now that we are playing it live on tour, we are for sure enjoying sharing the song onstage with metal fans. ‚Vile‘ is a catchy track with a lot of variety in the tempo; from crushing heavy, to irresistible mid-paced groove, to uptempo blasting. It also has a creeping, heavy evil vibe yet with just the right amount of technicality to be an undeniably fun blast to play. The lyrics are some of my favorite on the album as are the vocal performances, par excellence from Brian and Brad, as well as some extremely brutal yet tasteful and enjoyable drum work from George. ‚Vile‘ was one of the first songs written for this album so we have certainly impatiently waited a long time to be able to bring this track to metal fans.“ 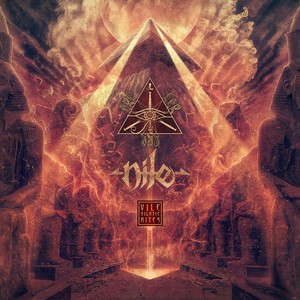